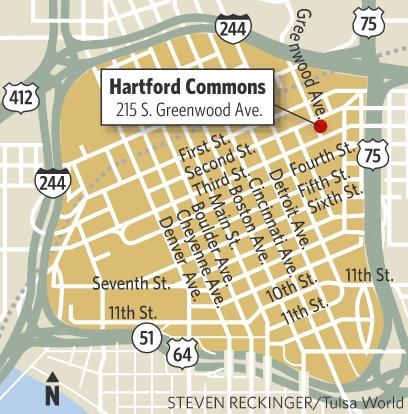 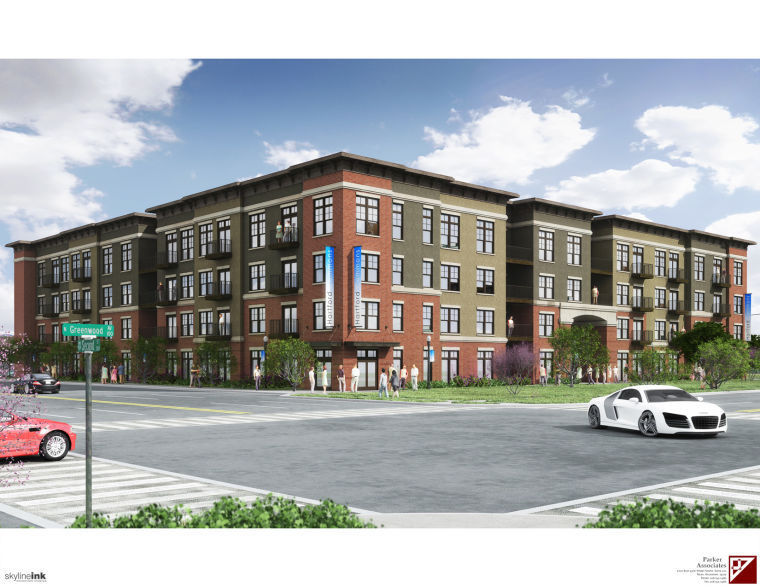 An artist’s rendering shows The Edge, formerly known as Hartford Commons, apartments under construction at 215 S. Greenwood Ave. The complex will add 162 apartment units to the East Village portion of downtown.

Read more about The Edge.

So far, the majority of new living options in downtown Tulsa have come through the renovation of older buildings.

That’s not the case with Hartford Commons. When finished approximately 14 months from now, the new building being constructed at 215 S. Greenwood Ave. will add a whopping 162 apartment units to the East Village portion of downtown.

The $26 million project is a partnership between restaurateur Elliot Nelson and investor Casey Stowe, who are redeveloping several other downtown buildings as Nelson Stowe, as well as local apartment developer American Residential Group.

Though the development is ambitious one, Stowe said there’s still far too few downtown living options to meet demand.

“There have been a lot of units that have come online downtown in the last 24 months, though to my knowledge, almost all one-bedroom apartments that’s come online has been leased almost immediately,” he said. “In many cases, there’s a waiting list.”

In 2011 American Residential Group built The Metro At Brady Arts District, a 12-million, 75-unit mixed-use development that was at that point the biggest downtown multifamily development built with new construction.

The building will be similar to The Metro, though with more of a mix of brick and stucco, Ganzkow said.

“We tried to add a little more of a contemporary element to it instead of being completely traditional, like we did with Metro,” he said.

The development will also include a business center, exercise facility, swimming pool, awnings with misting sprayers, an outdoor kitchen and a fire pit, all designed to encourage people to congregate and spend time together, Ganzkow said.

Hartford Commons is the first new development American Residential has been involved with since the company sold all of its properties outside of the downtown area late last year for a combined $95 million.

At the time of the sale, American Residential CEO Jay Helm said the sale was a combination of freeing up capital for future projects and a refocus on urban cores, not just in Tulsa but potentially elsewhere.

“As development fills out in Brady and Blue Dome and people run out of land, we feel development will move east,” he said.

Nelson Stowe has also been busy with other projects — just this month the team, along with David Sharp, the owner and redeveloper of many buildings in the Brady District, and Ross Group construction began a $3 million, 36-unit redevelopment of Coliseum Apartments at 635 S. Elgin Ave. That project is scheduled to be finished in August.

Additionally, Nelson Stowe planned the redevelopment of the Gates Hardware building at 216 N. Elgin Ave. across from ONEOK Field until it was purchased by KSQ Architects, which is now heading the $5.2 million redevelopment.

When that development is finished in September, KSQ will move into the upper floor, while Nelson and Marshall Brewing Co. will open up a brewpub on the ground floor.

Stowe said it wasn’t intentional for all of the developments to begin construction at nearly the same time.

An artist’s rendering shows The Edge, formerly known as Hartford Commons, apartments under construction at 215 S. Greenwood Ave. The complex will add 162 apartment units to the East Village portion of downtown.

Read more about The Edge.