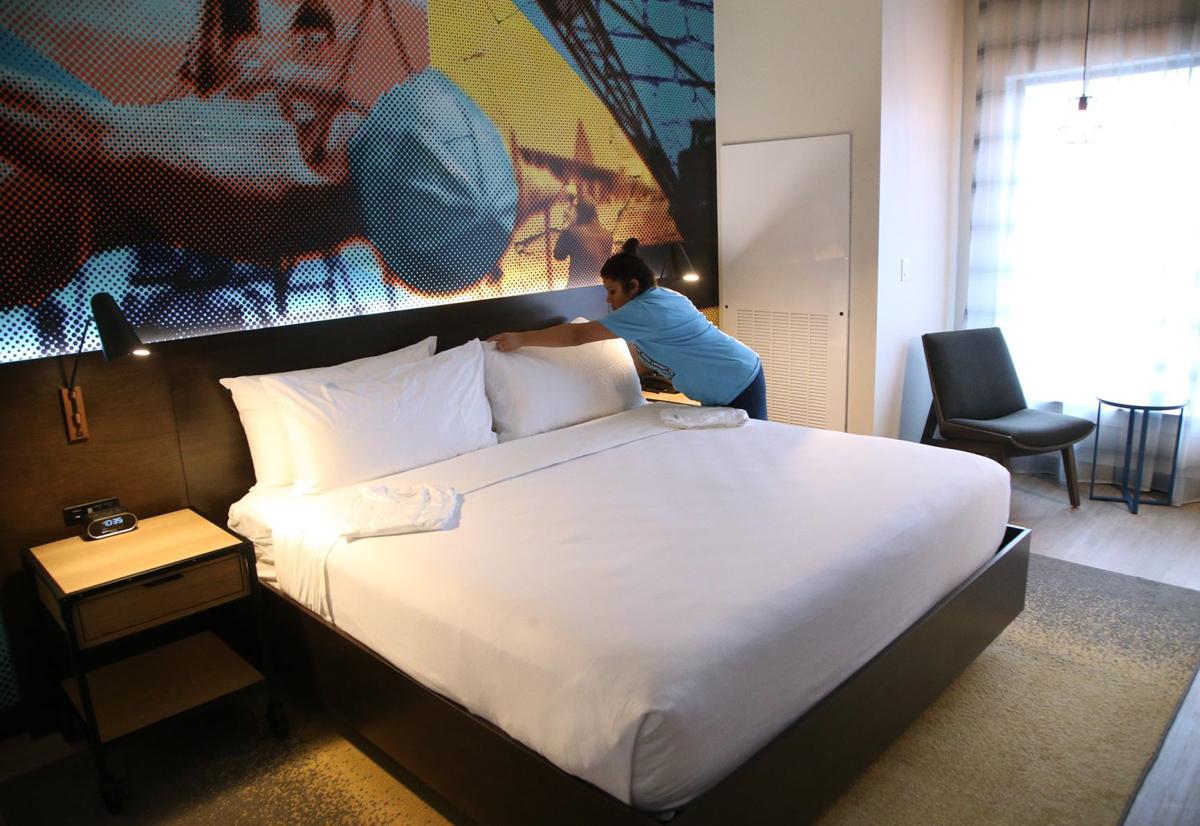 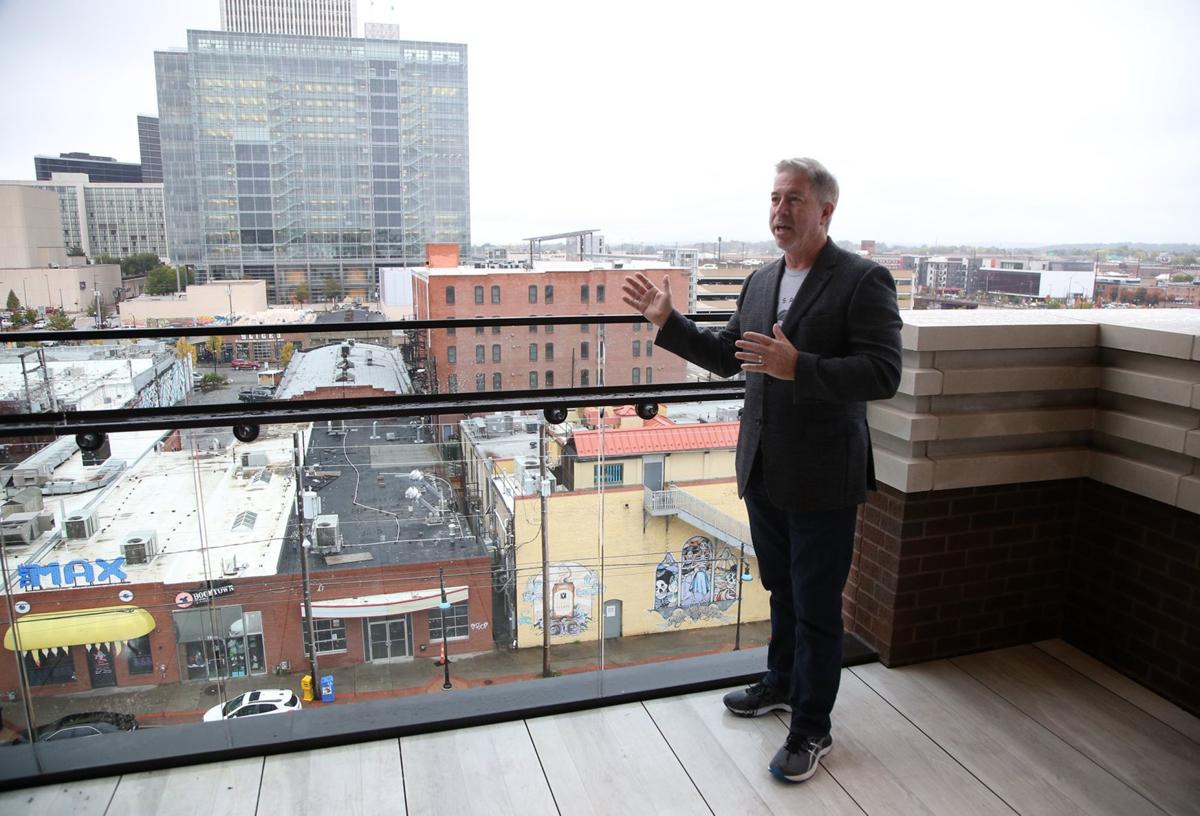 Not long ago, hotelier Jeff Hartman went into a self-imposed communication exile, ignoring lunch invitations, emails and texts that didn’t pertain to the task at hand.

That task was completing the $20 million Hotel Indigo, which opens Nov. 6.

“I actually went underground for like two weeks,” Hartman said. “I couldn’t keep my head above water.”

His painstaking focus resulted from a hands-on approach to design brought to life by Emily Sappington of GH2 Architects, he said.

“In this, you pick; you choose; you select every single material in it and design everything in this room. It’s been pretty exhaustive. The day will come — fairly soon — when I can sit back and go, ‘Wow, this is pretty nice.’”

Located on Elgin Avenue between First and Second streets, the 93-room boutique hotel is themed after the blue-collar and oil-field workers who frequented the Blue Dome District about a century ago. Attached to the exterior of the structure is a bluish, 40-foot-tall wrap fashioned after a derrick-adorned postcard that a worker sent to his sweetie in Chicago, Hartman said.

In the lobby is a 10-foot, LED representation of four oil-patch laborers, and also on the first floor is the Prospect restaurant. Anchoring the sixth floor is Roof Sixty Six, a whiskey-themed rooftop watering hole with views of the city skyline and ONEOK Field.

“This is the first time I have built a hotel more for the public than just the hotel guests,” said Hartman, who also owns the Courtyard by Marriott in the Atlas Life Building and the Fairfield Inn & Suites in the Tulsa Arts District. “This is almost as much for Tulsa as it is for the guests coming from around the country. We have areas in this hotel that the public will love.”

Leather squares form the backdrop of the front desk, and the hotel features a liberal use of copper, including inlaid copper on the floor of the first story. Artistic vinyl images that cling to a wall dress up each room.

Prospect will serve breakfast, lunch and supper. About 120 people can be seated in a ballroom on the sixth floor, which also features a presidential suite and eight guest rooms.

“We’ve made it so that if you have a high-end wedding, you can literally rent out the sixth floor,” Hartman said.

Roof Sixty Six will be able to accommodate about 45 folks inside and 45 on the outdoor deck, which is heated and has a fire pit and tower binoculars, an item often seen on the observation platforms of skyscrapers.

“A hotel this size will bring in 45,000 to 50,000 people in a year’s time to this area,” Hartman said. “That’s a pretty big market to serve. We can’t take care of all their needs. We can’t feed that many people. Certainly, we’re not selling clothing. It’s like bringing in a small city to a block.”

Hotel Indigo at a glance

Photos: Get an inside look at the $20 million downtown Hotel Indigo