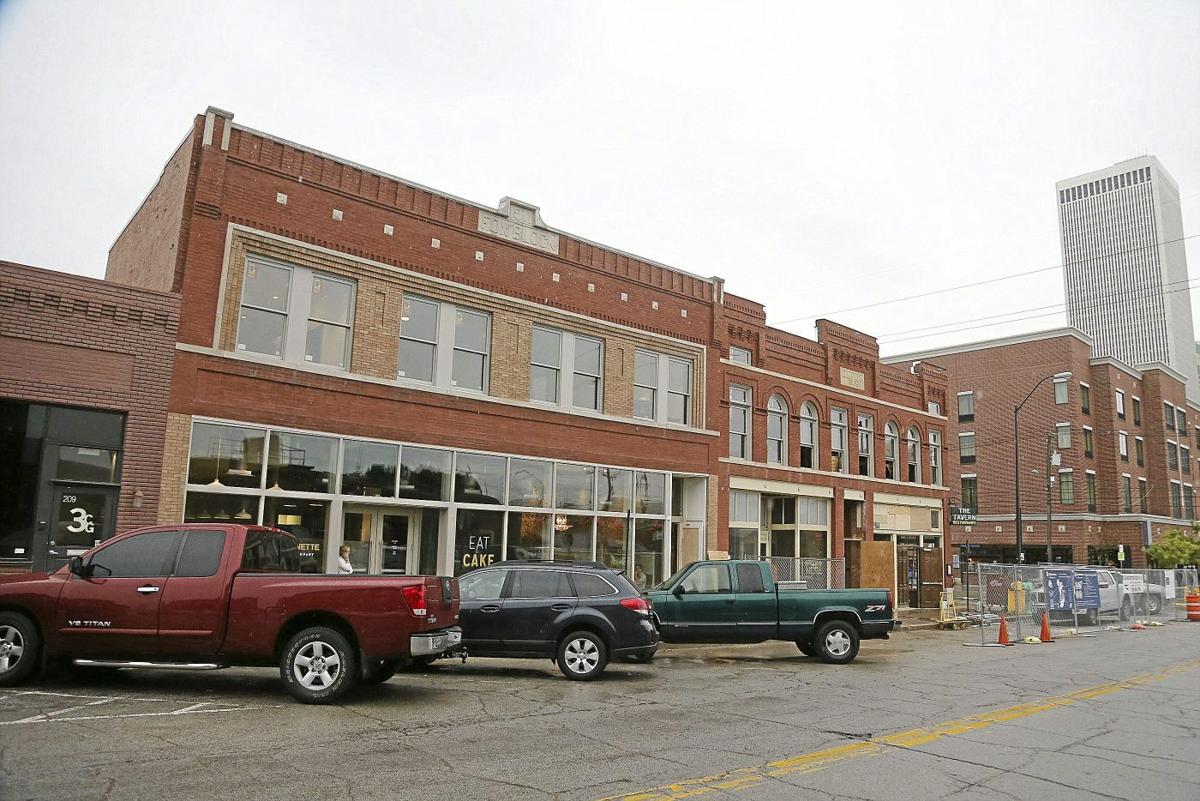 Antoinette Baking Co. has opened a new location last month in the Hotel Fox Building, next to an expanded space for The Tavern restaurant. TOM GILBERT/Tulsa World 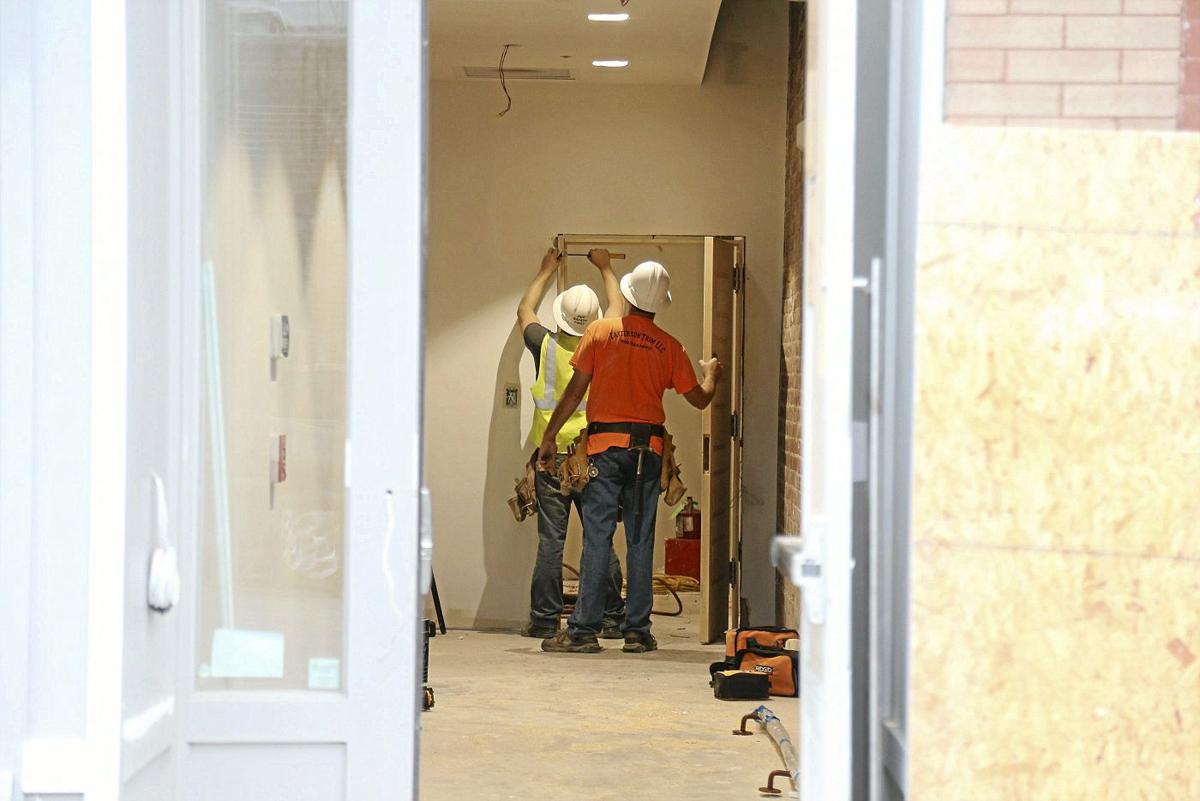 Construction continues Friday on the Universal Ford and Hotel Fox buildings, which will house Antoniette and The Tavern restaurants. TOM GILBERT/Tulsa World 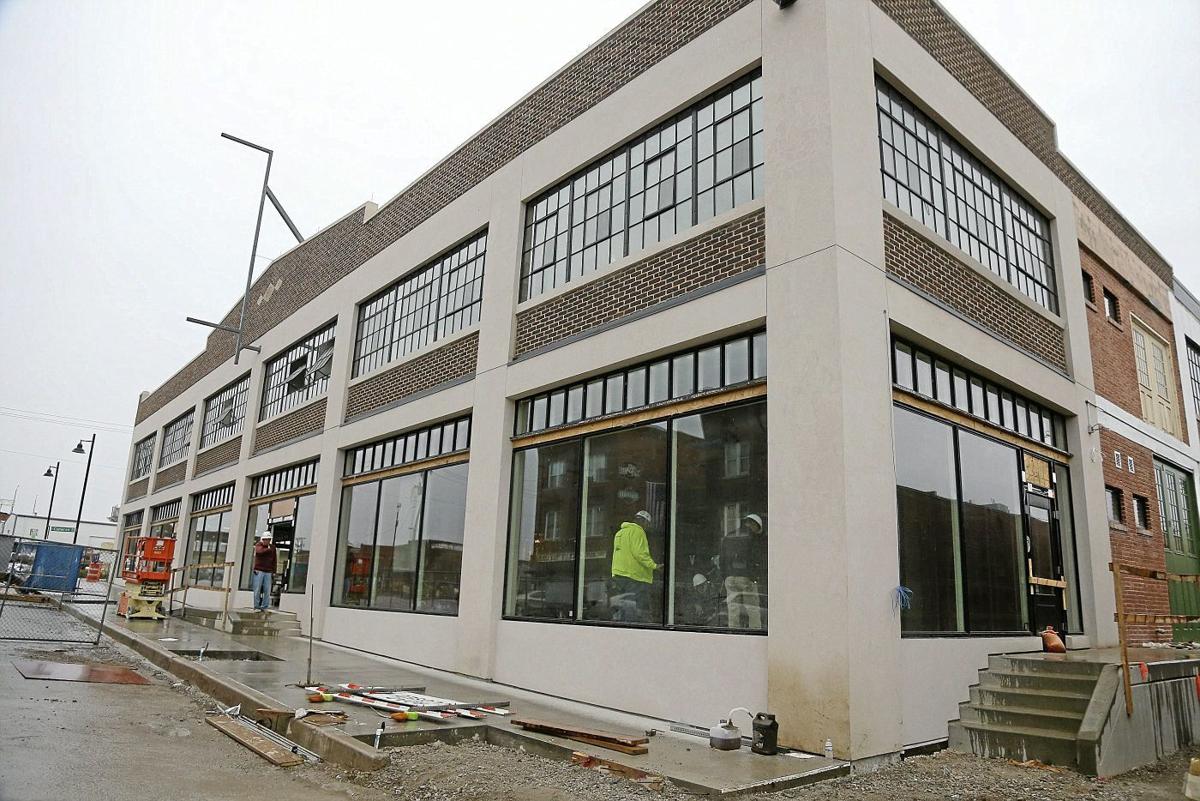 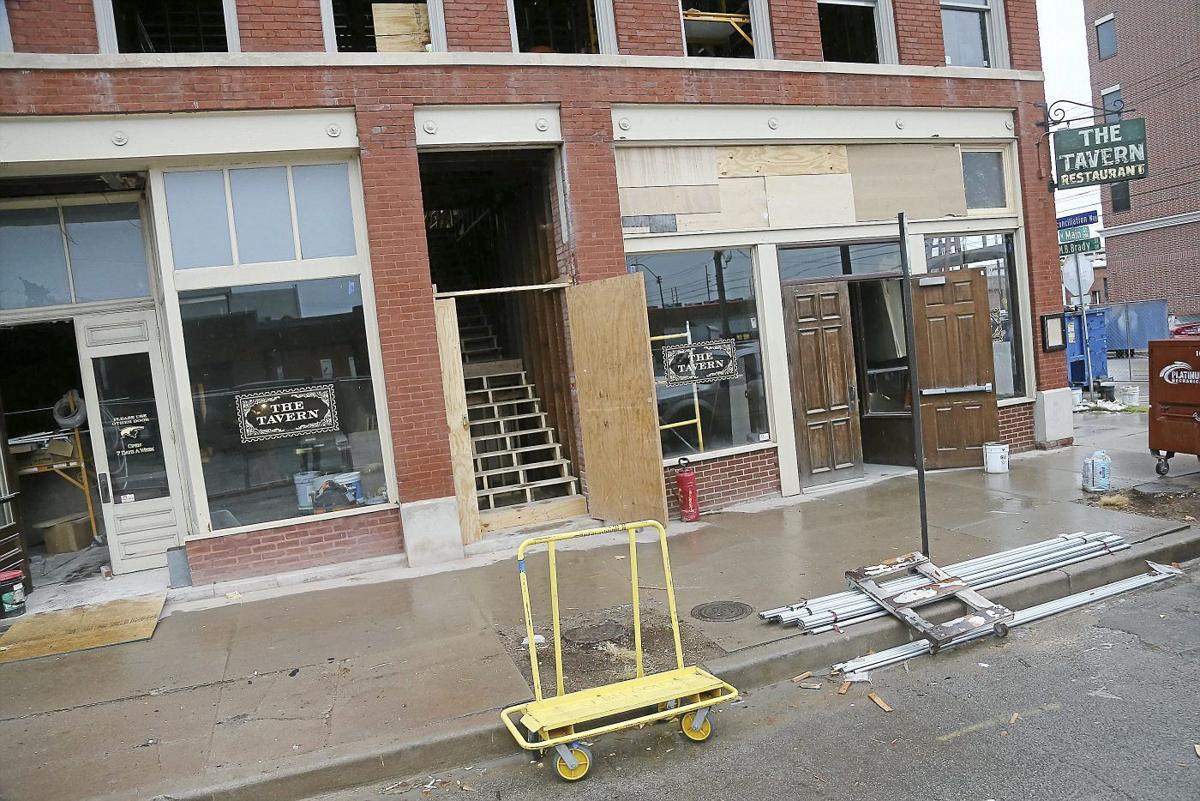 The Tavern restaurant, which is being renovated in the Hotel Fox building, will have an additional 5,000 square feet to allow for an expanded kitchen, private dining rooms and a wine cellar. TOM GILBERT/Tulsa World 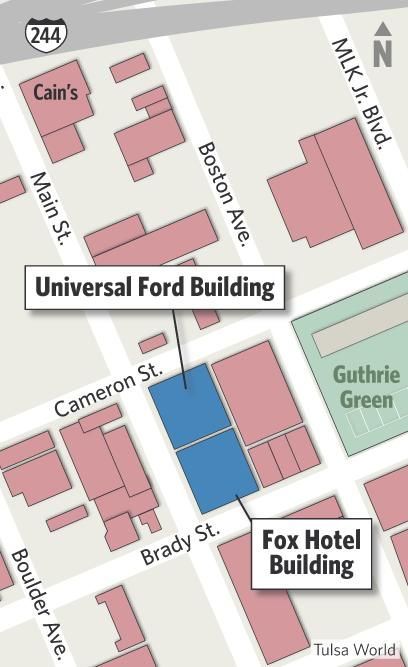 Photo gallery: 19 downtown development projects you should know about

“The first week has been really great,” she said. “The response has been amazing.”

Antoinette currently has the Universal Ford and Hotel Fox buildings to itself, but it will soon get plenty of new neighbors. The $16 million conversion undertaken by the George Kaiser Family Foundation is nearing completion, and individual elements will be ready for tenants on a monthly or even weekly basis through early next year.

These elements include an expanded space for The Tavern, a new Prairie Ales brew pub from the owners of R Bar, 31 apartments and office space for new entrepreneurs via the new organization 36°North.

The foundation began work on the buildings along Main Street between M.B. Brady and Cameron streets this January, although Stanton Doyle, senior program officer with the foundation, said the conversion of the buildings — some segments of which are 109 years old — ran a little behind schedule.

“It’s one of the oldest buildings in town, and there have been a lot of unknowns,” he said. “Once we got into it, there was more to be done than we anticipated.”

But bit by bit, the building is getting ready for tenants. Antoinette opened in late October, and Mohn said she’s excited for the new neighbors, as well as the continued development of the Brady District.

“We really like the Brady Arts community,” she said. “It’s much more approachable and community-oriented.”

Up next will be The Tavern, which was a tenant before the conversion and temporarily moved to 305 E. Archer St. as renovations progressed. Doyle said it will return within two weeks.

The new Tavern will have an additional 5,000 square feet to allow for an expanded kitchen, private dining rooms and a wine cellar.

Additionally, owner Elliot Nelson plans to create a speakeasy lounge with a piano in the space behind Antoinette. Doyle said that will be finished shortly after the Tavern.

Don’t get too excited, potential Brady-dwellers — the apartments are already spoken for. All of the apartments will house participants in the foundation’s Teach for America and Tulsa Artists Fellowship programs, Doyle said.

The new Prairie Artisan Ales brew pub will follow in February. Paul Sorrentino, one of the brew pub’s developers along with Josh Royal and Bill Grant — the three also developed the R Bar in Brookside — said they haven’t yet finalized the food menu, but plans for the interior are becoming more interesting.

The beer taps, which will include 20 different kinds of beer made in-house and five guest taps for local beers, will circle around a giant wine barrel. They’re also constructing a giant wooden beer barrel in the seating area.

“We’ve made it so big, we’ve had to put booths inside the barrel,” he said.

The last piece of the development will be the 11,500-square-foot entrepreneurial space upstairs organized by 36°North. Dustin Curzon, executive director of 36°North, said the organization designed the space based on input from those who might use it.

“We’ve put a lot of thought into how the space will be used,” he said. “As people have signed up, we’ve asked them what they’ve needed in terms of technology and meeting spaces.”

Curzon said the space now has seven offices and 48 desks in an open area. Nearly all the offices and half the desks are already taken, even though it won’t be ready until March.

About the Fox Hotel and Universal Ford buildings

In addition to the hotel, a number of businesses operated on the ground floor of the Fox building, including grocery stores, feed stores, drug stores, restaurants, sheet metal works, hardware, auto repair and auction houses.

The Universal Ford building was constructed in 1917 and originally sold Ford vehicles, including Model Ts. It also served as a warehouse for Sears, Roebuck & Co. and the U.S. Army Corps of Engineers.

Antoinette Baking Co. has opened a new location last month in the Hotel Fox Building, next to an expanded space for The Tavern restaurant. TOM GILBERT/Tulsa World

Construction continues Friday on the Universal Ford and Hotel Fox buildings, which will house Antoniette and The Tavern restaurants. TOM GILBERT/Tulsa World

The Tavern restaurant, which is being renovated in the Hotel Fox building, will have an additional 5,000 square feet to allow for an expanded kitchen, private dining rooms and a wine cellar. TOM GILBERT/Tulsa World