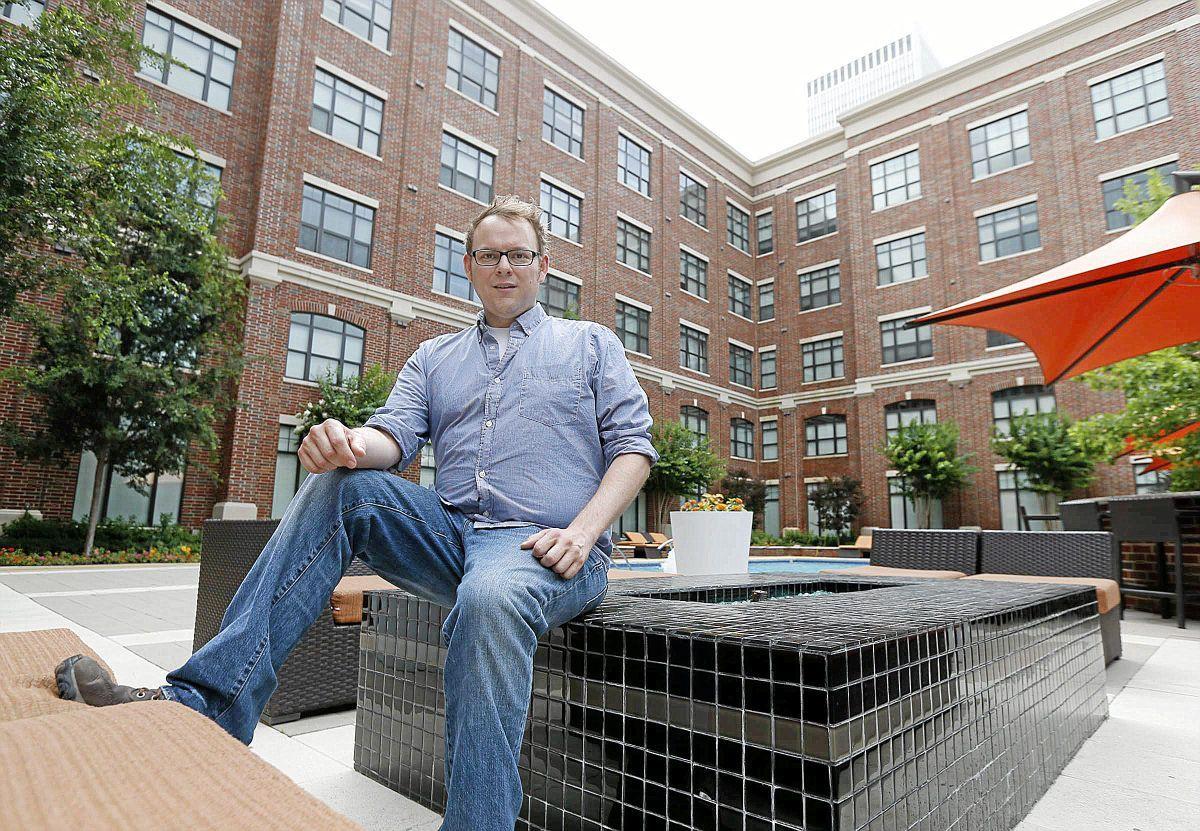 Alex Barclay sits in a courtyard at the Metro at Brady apartments in downtown Tulsa. Barclay rents a 1,200-square-foot apartment for $1,750 a month and is part of a growing number of downtown apartment dwellers. MATT BARNARD/Tulsa World 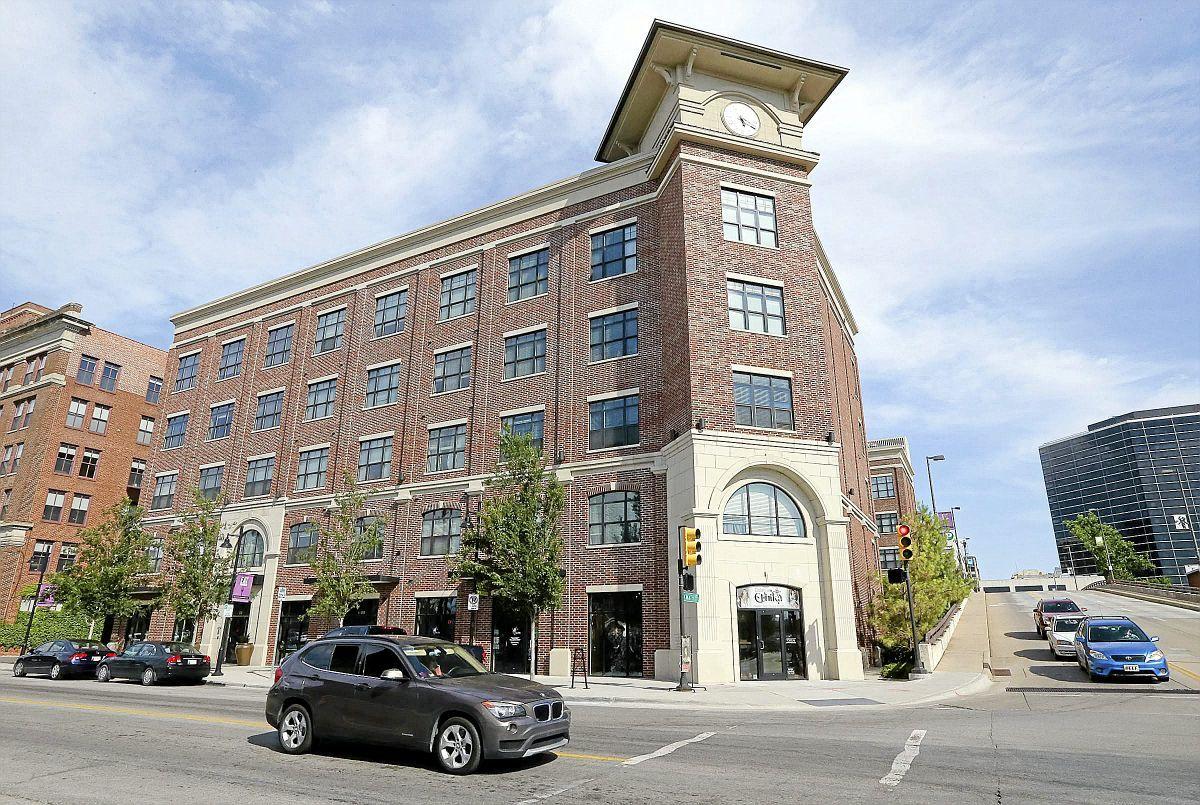 The exterior of the building that houses the Metro Lofts at Main and Archer in Tulsa, OK, June 10, 2015. MICHAEL WYKE/Tulsa World 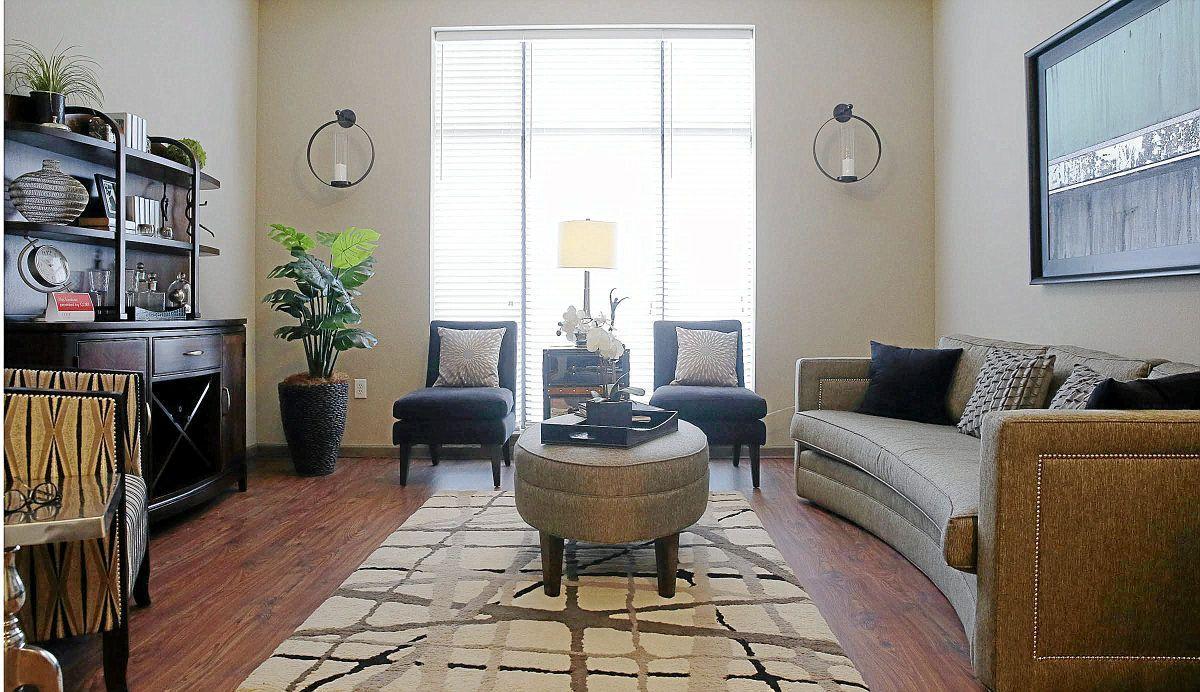 The living room area of a model apartment at the Metro Lofts at Main and Archer in Tulsa, OK, June 10, 2015. MICHAEL WYKE/Tulsa World 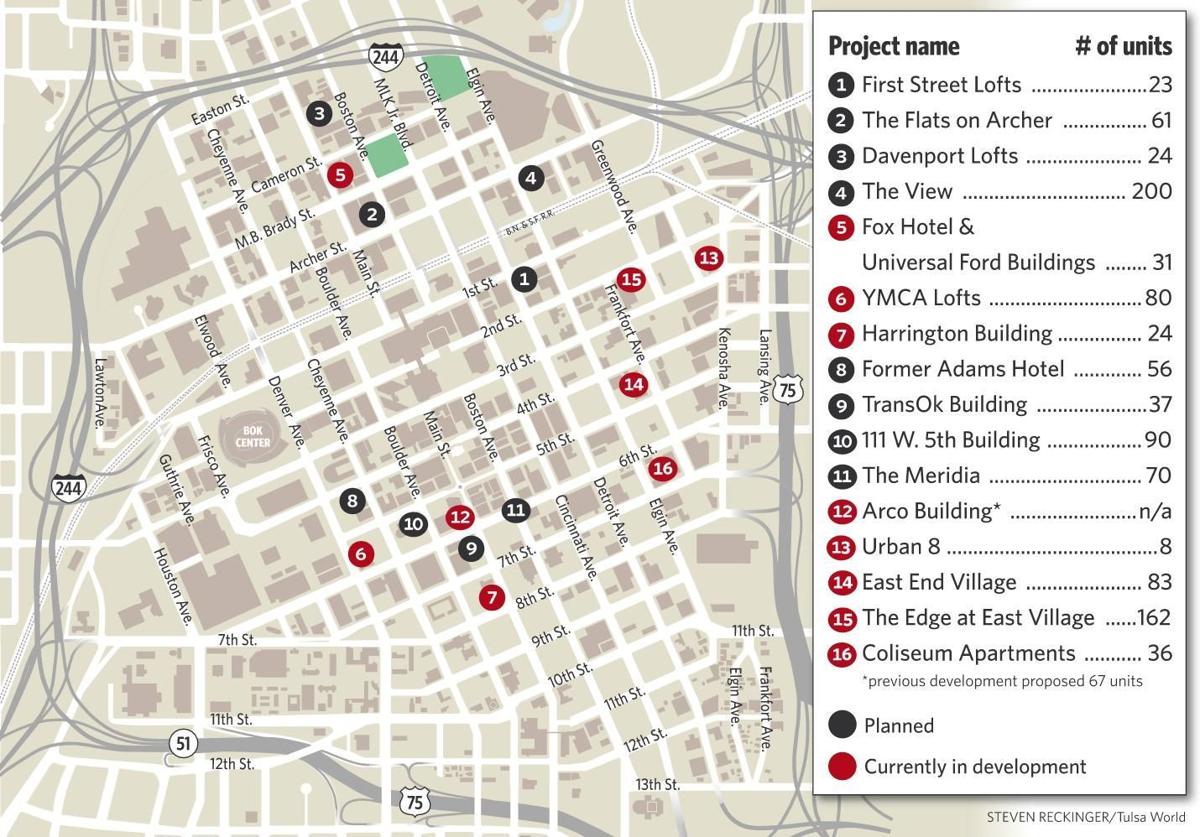 Alex Barclay sits in a courtyard at the Metro at Brady apartments in downtown Tulsa. Barclay rents a 1,200-square-foot apartment for $1,750 a month and is part of a growing number of downtown apartment dwellers. MATT BARNARD/Tulsa World

The exterior of the building that houses the Metro Lofts at Main and Archer in Tulsa, OK, June 10, 2015. MICHAEL WYKE/Tulsa World

The living room area of a model apartment at the Metro Lofts at Main and Archer in Tulsa, OK, June 10, 2015. MICHAEL WYKE/Tulsa World

Alex Barclay is a veteran downtown-dweller.

He originally moved into the Renaissance Uptown Apartments in 2008, then the Tribune Lofts. In 2011, he moved to San Francisco for what seemed at the time like the ultimate urban experience — but learned that he didn’t need to.

“Everything that I wanted to do in a city I could do in Tulsa faster and cheaper,” he said.

Barclay moved back the next year, and now lives in a 1,200-square-foot apartment in The Metro at Brady in the Brady District. While his unit is one of the more expensive options in downtown Tulsa at $1,750 per month, it’s much better than his 400-square-foot San Francisco apartment that rented for $2,650 per month — which did not include a parking fee.

Downtown living options in Tulsa were slim a decade ago, started to gradually increase and have now exploded. Tom Baker, manager of the Downtown Coordinating Council, estimated there are now 1,168 housing units in downtown Tulsa today.

Add in the 424 actively under construction and the 538 in the planning stages, and that number jumps to 2,130.

“Everything is virtually spoken for,” he said. “It’s filling up as fast as they can build it.”

The largest developer of housing in downtown Tulsa is American Residential Group. The company was one of the first to bring residential properties to the area, with Renaissance at 11th Street and Denver Avenue, the Tribune Lofts at 20 E. Archer St. and the Metro at Brady at 10 E. Archer St.

Those properties will soon be joined by three more — The Edge at East Village, a $26 million, 162-unit development at 215 S. Greenwood being done in conjunction with Nelson-Stowe; The View, a $25 million to $30 million 200-unit development immediately south of ONEOK Field on the southeast corner of Archer Street and Elgin Avenue; and a third that Steve Ganzkow, owner of the company, has just hinted at so far.

The View was announced last month, and Ganzkow said he’s hoping to start work on it within the next three months.

“With that one, we’re pulling out the stops and trying to fast-track it,” he said.

In fact, he and the rest of the company believe so strongly in downtown development that ARG sold all four of its properties outside the general downtown area last year for a combined $95 million to help fund continued development downtown.

Longtime downtown developer Michael Sager planned a downtown living development of his own years ago, but after some initial infrastructure work at 310 E. First St., the project stalled.

Now Sager said he’s ready to finish First Street Lofts, which will have a new design for its 23 units that will range from 700 square feet to 2,000 square feet. The updated design is now more luxurious and influenced by his travels.

“They started off as being somewhat bohemian, and now it’s very Seattle with an industrial texture,” he said.

Much of downtown’s residential development is being done by those with established ties to the area, but it has also attracted new players.

Stuart and Beverly Raines began their first downtown renovation in 2013 with the conversion of the former Harrington’s department store at Eighth and Main streets to 24 apartments.

Work has been slow, but Beverly Raines said they’re looking to finish this fall.

And they’ve noticed some changes during their two years of construction — demand for downtown living has increased.

“We’ve already got 180 people on our waiting list,” she said. “It’s a snowball effect. The more we build, the more demand there is.”

Baker said the appeal of living in the area has grown as improvements have come, including the BOK Center, ONEOK Field and Guthrie Green, along with the restaurants, bars, shops and museums.

But beyond that, he believes there’s a cultural shift happening that’s encouraging demand and development for downtown living.

“There’s people who want a different, urban lifestyle,” he said. “It’s not just empty-nesters. It’s the younger generation that’s more prone to walking and using public transportation rather than driving.”

Barclay said he likes not having to get into his car to go out on the town.

With at least 16 housing developments either under construction or in the planning stages, there will soon be more opportunities for people to embrace the lifestyle. The end of the downtown residential boom may not be for quite some time, Baker noted.

“I’m not sure when we’ll meet demand,” he said.

Said Ganzkow: “Truly, nobody knows how deep the market will be. We’re charting new territory.”

Total number of units being built: 424