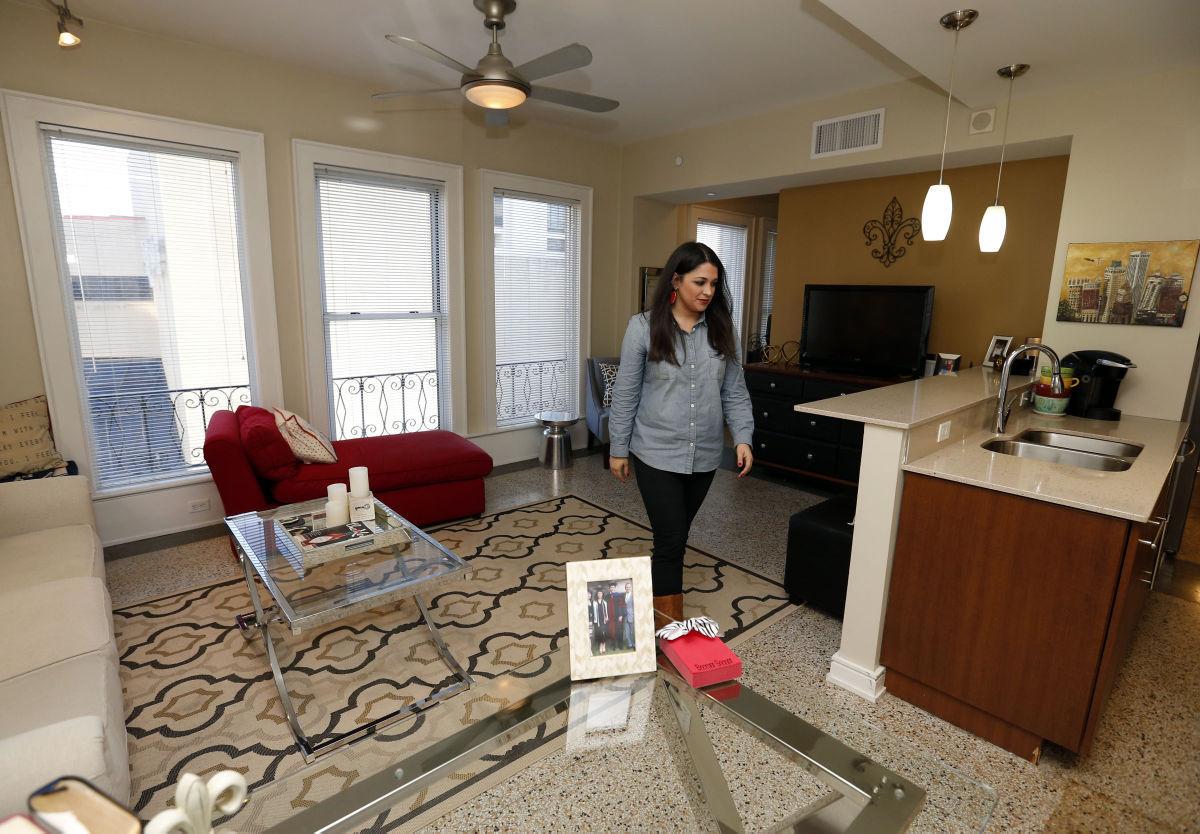 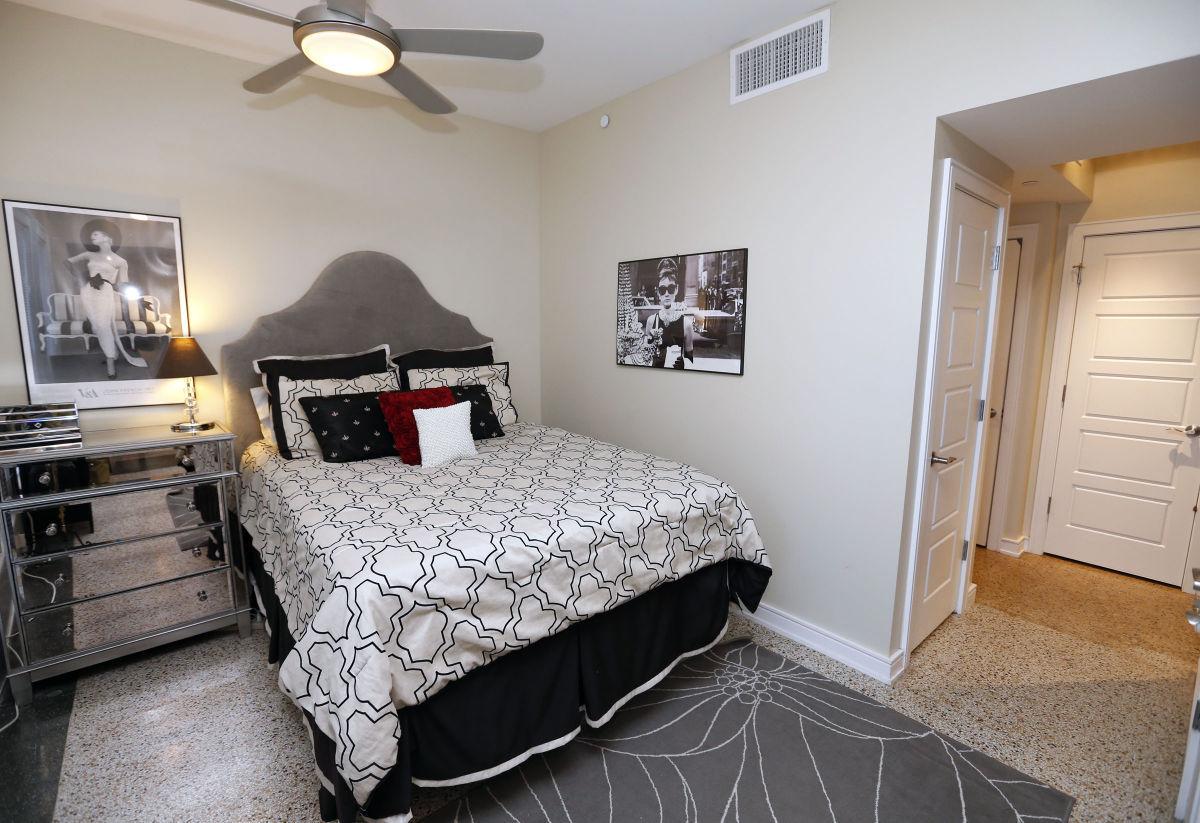 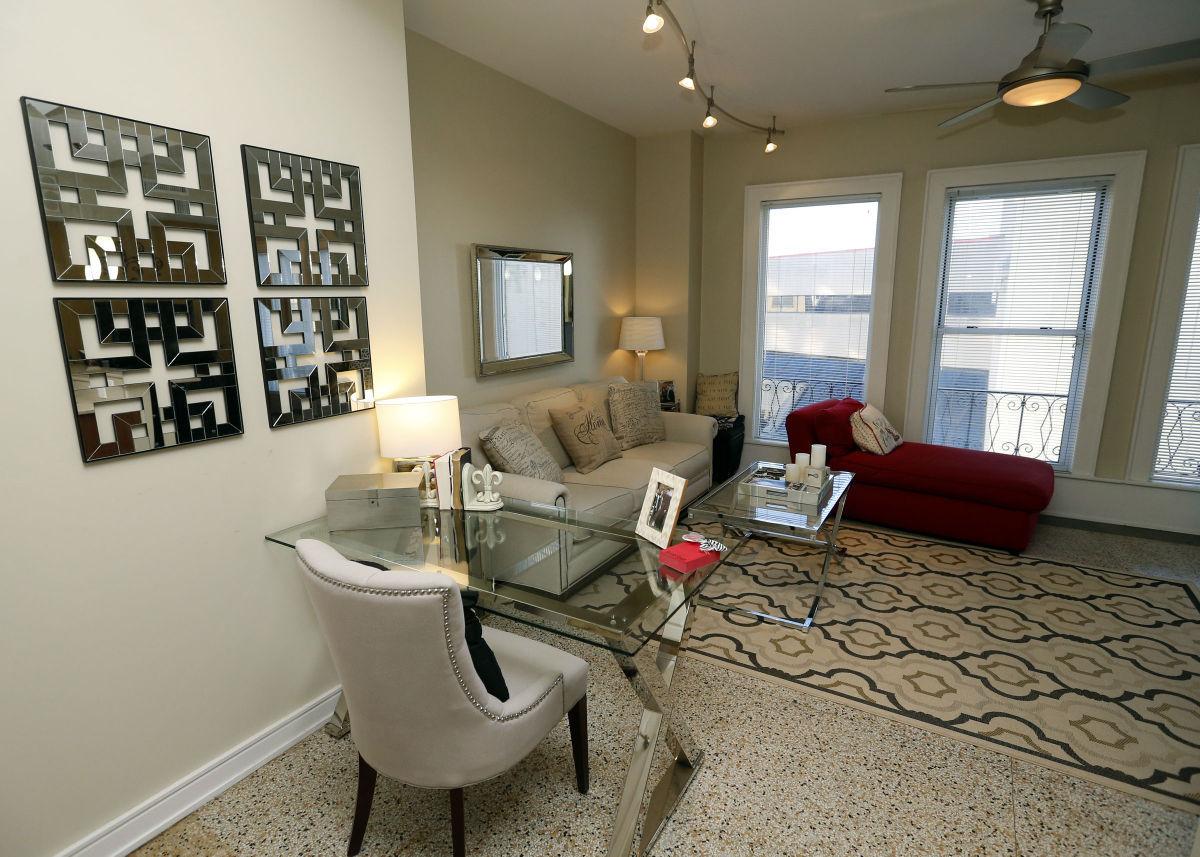 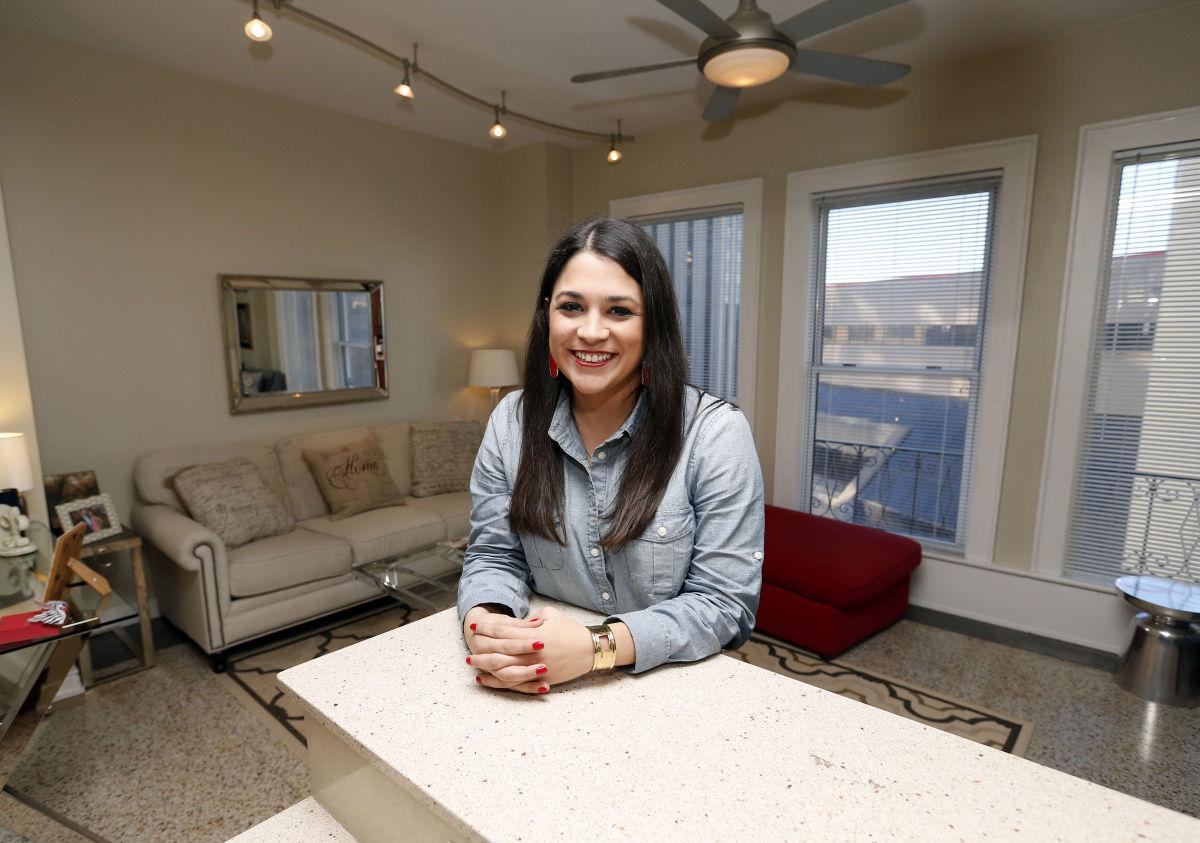 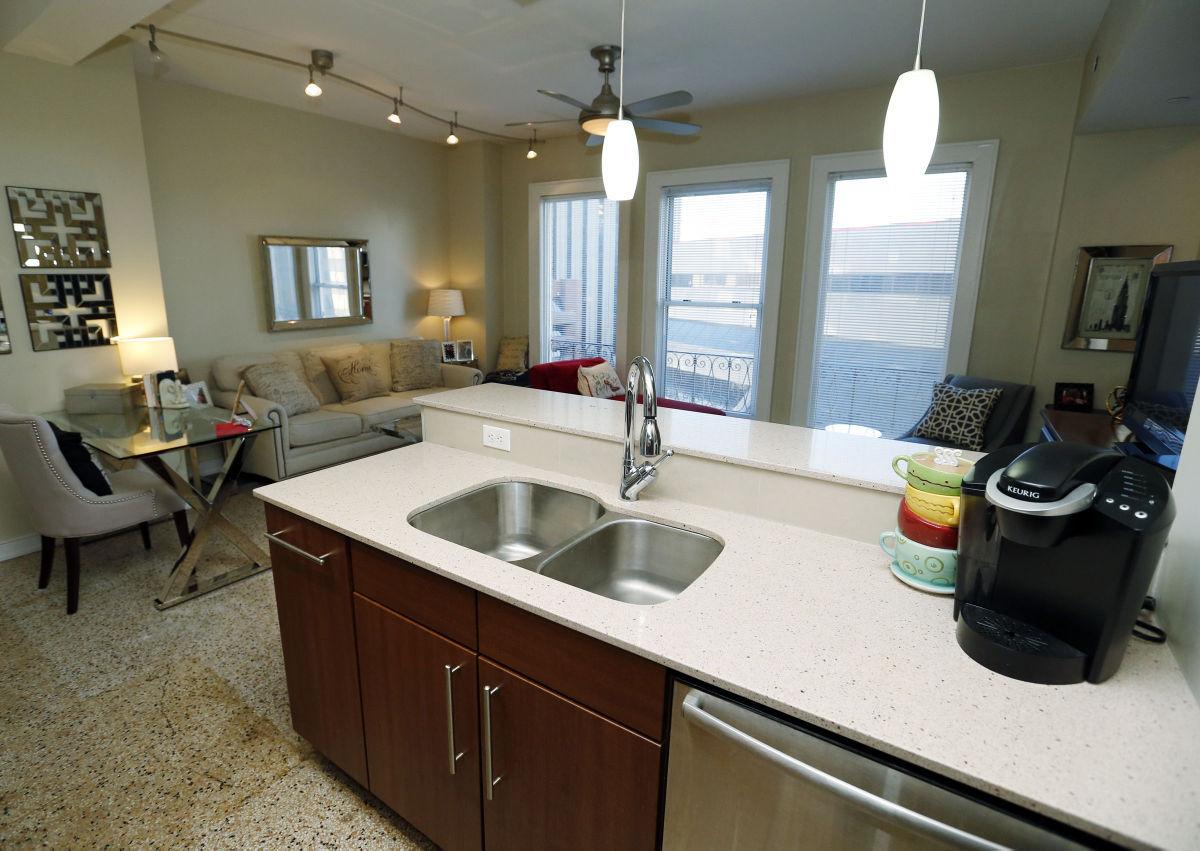 Photo Gallery: If you're looking for a place to live downtown, check out these apartments

Camille Nassar had been away from Tulsa for quite some time. First at the University of Oklahoma for her degree, then at a Dallas PR firm for an internship.

She decided she wanted to work at a company with a less cutthroat atmosphere but had mixed feelings about coming back to Tulsa.

“I was nervous about what living in Tulsa would be like,” she said. “I grew up at 101st and Memorial, and I didn’t want to come back to that.”

Nassar was in for a surprise. She had missed much of the rise of downtown living while she was gone. Instead of the usual apartment setup she was expecting, she had different options available.

“I had no idea Tulsa had gotten cool,” she said.

Even with the specter of depressed energy prices hanging over many Tulsa-area industries, demand for downtown living options remains hot. The latest CBRE apartment survey indicated of the 1,105 downtown apartments available, 94.5 percent are occupied.

That’s higher than the 92 percent rate for apartments in the Tulsa area.

The stream of apartment developments seem to fill up as fast as they are built. The latest includes 35 additional apartments at East End Village, the $11.5 million revamp of the former Bill White Chevrolet on the block bounded by Fourth and Fifth streets and Elgin and Frankfort avenues.

“It’s been as good as any development we’ve done,” he said. “We’re getting all kinds of people in our applications. In other markets, I can almost tell you the dynamic of the applicants, but here, we’re getting retirees, empty-nesters, single parents.”

One of the first tenants of East End Village is Doug Brant and his girlfriend, Sheri Shelley. Brant describes the move as a chance encounter.

“We were headed to Fassler Hall and saw it as we drove past,” he said. “She took my picture in front of it and said, ‘We’re going to live here.’”

Their downtown living situation is a bit unusual as it’s their second home. During the weekdays, they live in a house in Drumright, where Brant works as a doctor and Shelley as a teacher.

But on the weekends, they and Brant’s daughter, Landri, enjoy downtown activities, including Guthrie Green, the Performing Arts Center and ball games at ONEOK Field.

Even when they’re not at an event, they can have fun at East End, Brant said.

“The main thing that sold me on East End is the rooftop deck,” he said. “I can grill burgers and look out over downtown.”

Steve Ganzkow, co-founder of longtime downtown Tulsa apartment developer American Residential Group, said he’s had experience with building and managing apartments both in and out of the downtown core. The company recently sold most of its apartments outside downtown.

Potential downtown dwellers, he noted, are looking for different amenities than those in regular apartments.

“People like to be able to see one another, whether it’s in outdoor areas or inside,” Ganzkow said. “They don’t just want to sit in their unit.”

He said successful downtown units should have areas to congregate, such as a large interior common area, pools, grill areas or rooftop decks. City centers tend to be concrete-intensive, so green areas are a plus for those with pets.

Downtown itself, too, could be considered an amenity.

“People like to live in an environment where there’s something going on in their neighborhood they can walk to,” he said.

Nassar is excited by what’s to come.

“There’s a lot of culture downtown,” she said. “A lot of the energy and architecture went away, but it’s coming back. ... and all this stuff will be within walking distance.”

Nassar doesn’t mind the drive to her job at Nabholz Construction on 55th Street between Mingo and Garnett roads, especially since she’s going against the traffic flow. Parking, however, is the issue.

“The only real drawback is that you’re not close to your car,” she said. “If you forget something, it takes a lot longer to go all the way back and get to it.”

As for when downtown Tulsa will get a grocery store — right now the closest ones are over two miles away — but she’s not worried about it.

A developer made a pitch in September for the parking lot next to the Tulsa Performing Arts Center for 12 stories of apartments, various retail sites and a new Reasor’s grocery store. It was one of three pitches to the PAC Trust Authority and the only one to include a grocery store.

“I don’t think that’ll be an issue soon,” she said.

A recent CBRE survey of downtown apartment buildings with 35 or more units indicated an average rent of $1,375 per month — ranging from $944 at Lincoln Park to $2,051 at the Mayo Hotel.

Less expensive options, however, are available at smaller developments. The Coliseum Apartments, which wasn’t included in the CBRE study, rents for $600 to $650 per month.

“That’s something we’re trying to figure out,” he said. “Because new properties cost more, they have a tendency to cluster at the higher end of the rental scale.”

Ganzkow said downtown apartments require either new construction or redeveloping an existing building for a new purpose, and those costs can add up.

Still, he believes it can be done and cited the affordable apartments the George Kaiser Family Foundation has established in parts of the Brady District.

Ganzkow said American Residential is also looking to create apartments that rent for between $800 to $1,000 per month to draw in more residents.

“There are a lot of people who work downtown in service and clerical positions,” he said.

Larson said that even with jitters over the local economy, he’s hoping to create more apartments downtown, and feels other developers will too for the foreseeable future.

If you're looking for a place to live downtown, check out these apartments