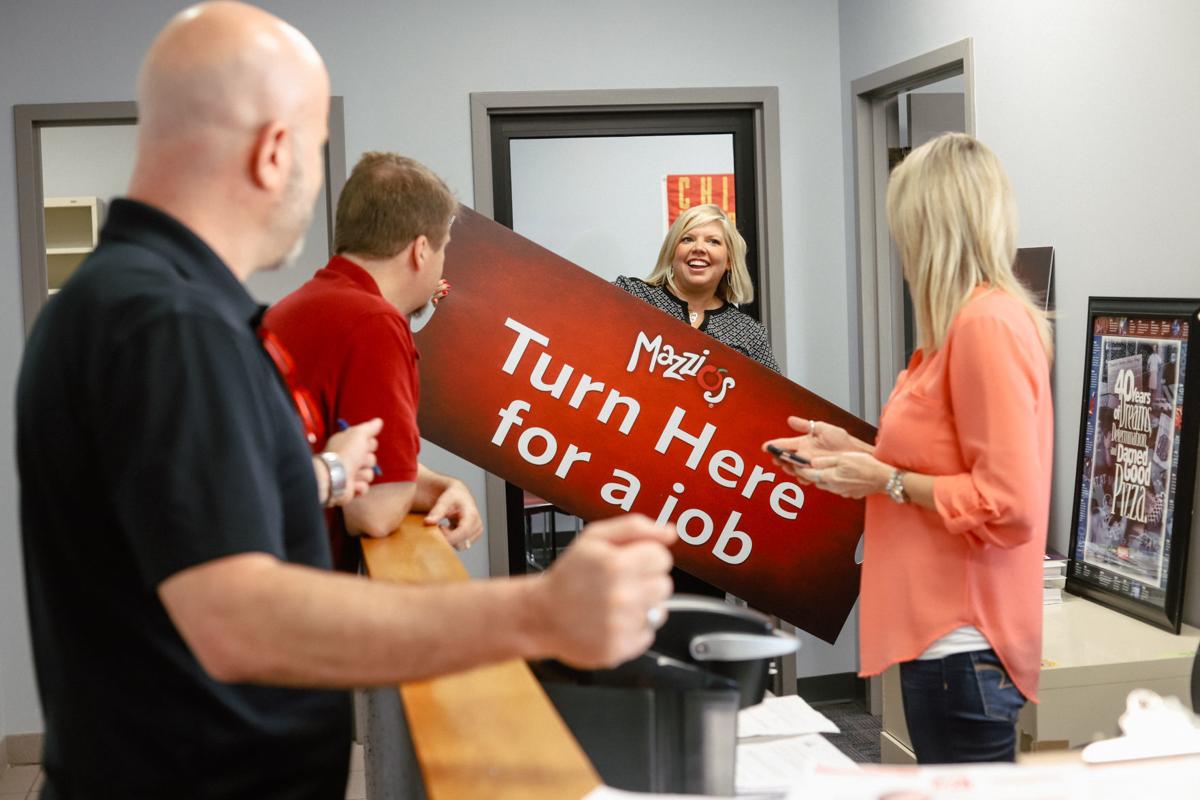 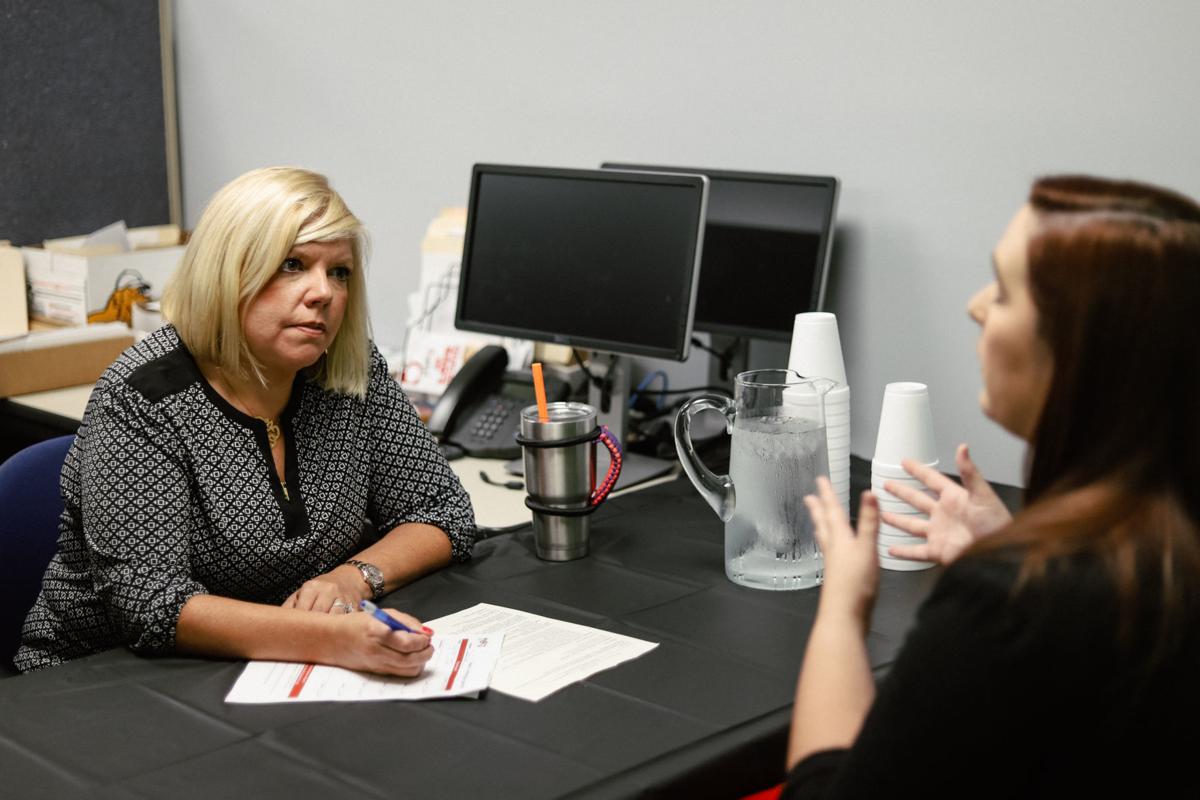 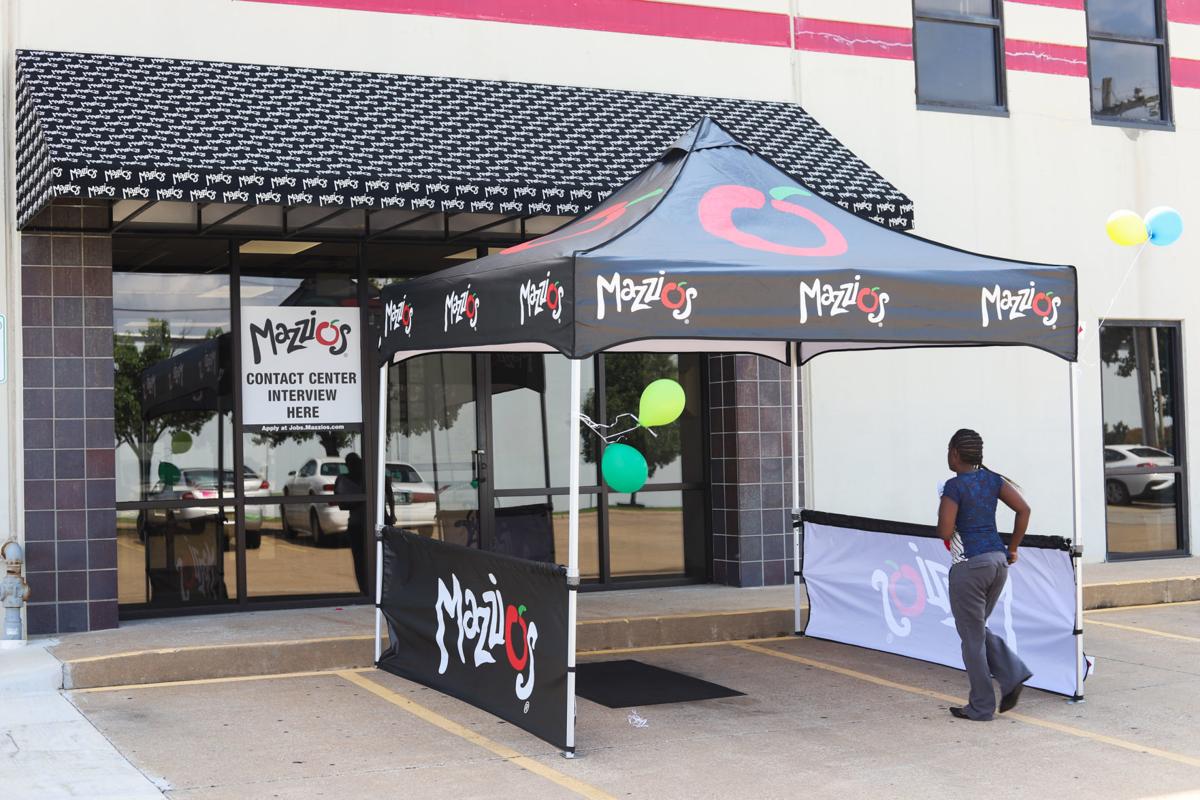 Applicants arrive at a job fair at the Mazzio’s corporate office on June 7. 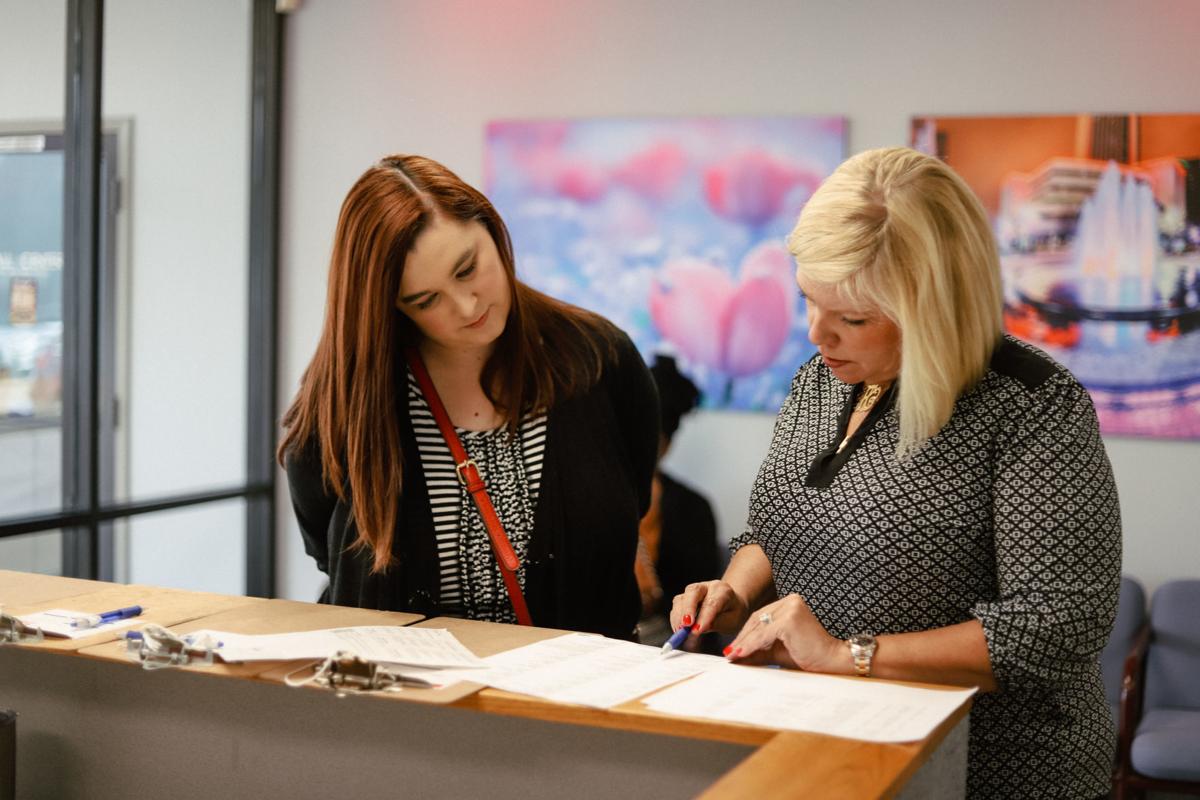 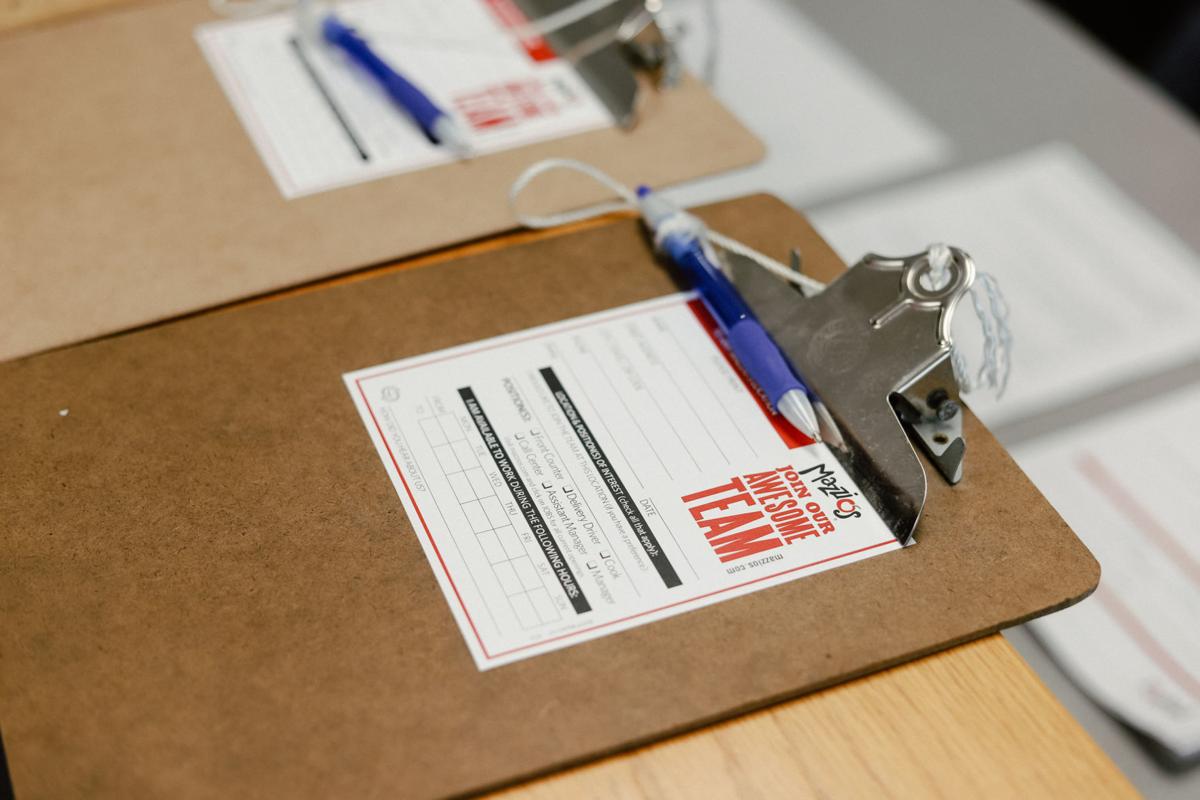 Clipboards with interview information cards await applicants during a job fair at the Mazzio’s corporate office on June 7. 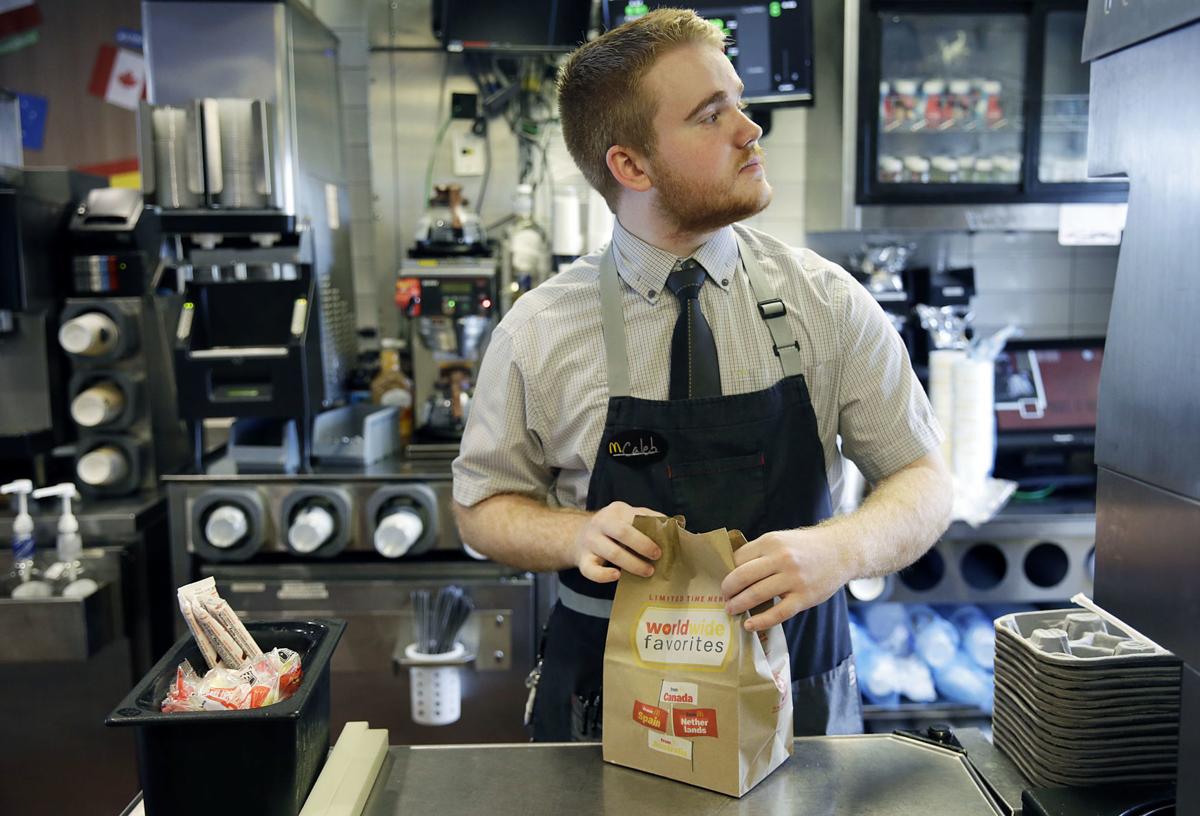 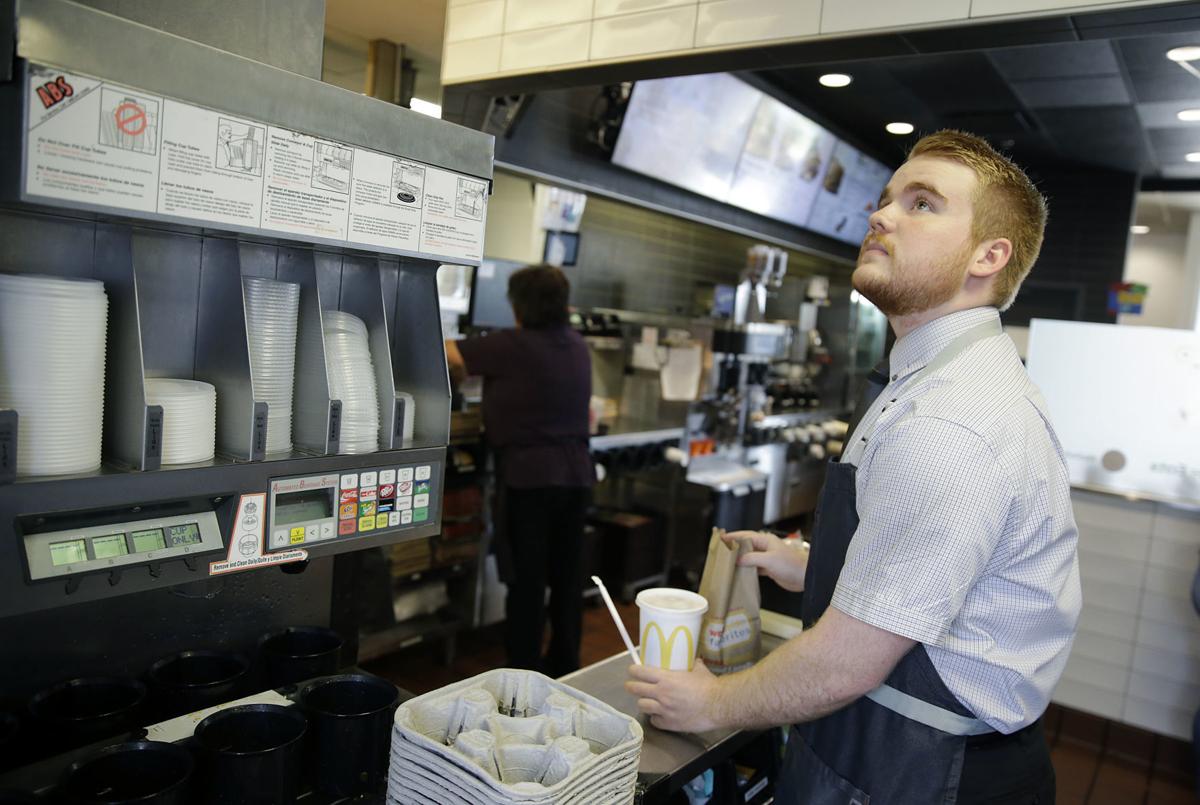 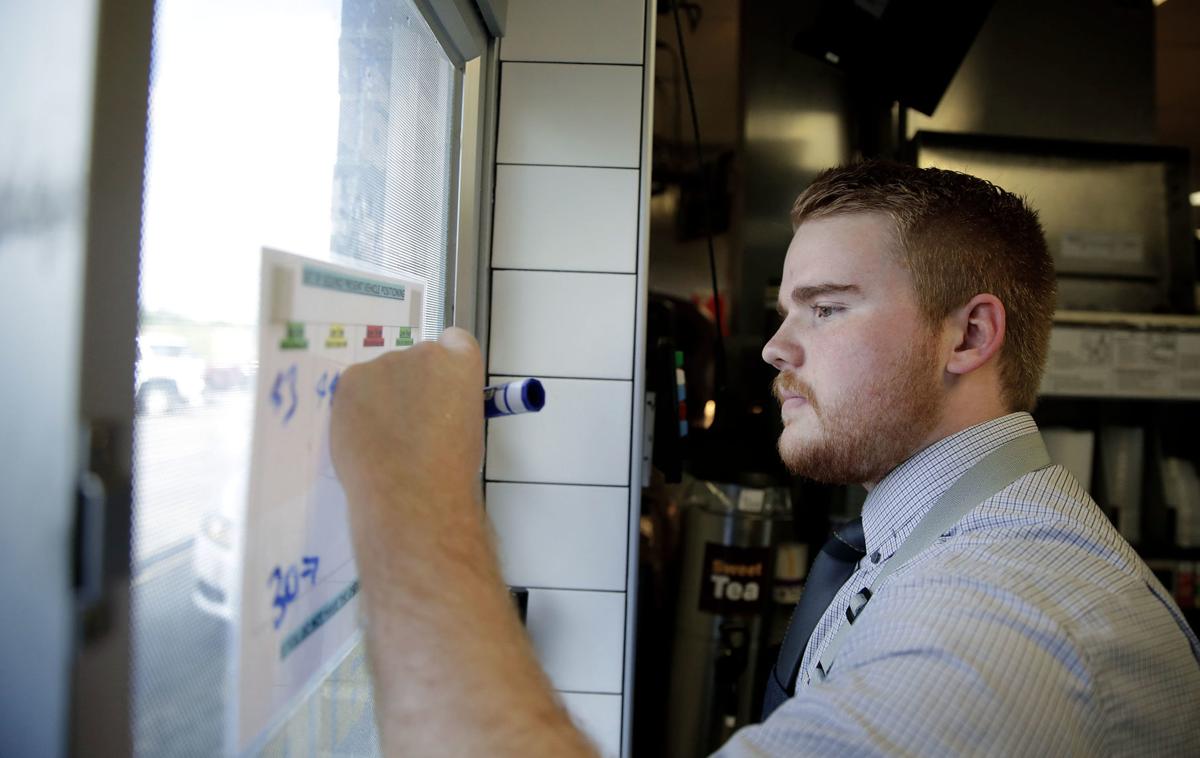 Applicants arrive at a job fair at the Mazzio’s corporate office on June 7.

Clipboards with interview information cards await applicants during a job fair at the Mazzio’s corporate office on June 7.

Caleb Griffin, by nature, is antsy.

“I’ve always wanted to work,” he said. “I cannot not be busy all the time.”

So he turns that extra energy into money. Griffin, 19, has been employed by McDonald’s the past four years.

“It’s going to be great for my future,” said Griffin, who works at the McDonald’s at 11604 N. 135th East Ave. in Collinsville. “They will help anybody get where they want to be.”

Hundreds of area teens will be follow Griffin’s lead this summer, parlaying that part-time job into a potential career or simply taking that initial step into employment by working during summer vacation.

Officials say their chances for being hired somewhere are strong.

Statewide unemployment for April in Tulsa County stood at 2.7%, compared to the statewide average of 3.3%, according to the Oklahoma Employment Security Commission.

“From everything we’ve seen, the economy looks good to us,” said David Crow, outreach and information officer for the Oklahoma Office of Workforce Development. “Unemployment is below 4% in the state. We’re adding jobs every month. I would think it’s a good year.

“When unemployment is under 4%, that’s kind of a job-seeker’s market for young people looking to make the first career step. When unemployment’s higher, some of those positions are taken by older workers.”

“I would expect the seasonal pattern to repeat itself,” said Lynn Gray, chief economist for the Oklahoma Employment Security Commission. “You’re going to see this spike in employment.”

Employing 65% of the youth in 2018 were two sectors: accommodation (hotels) and food services and retail trade, he says.

“Those employers can utilize individuals with less experience, less of a skill set,” Gray said. “Those are going to be businesses that are going to have consumer demand on the evenings, on the weekends. Young people typically would be more willing than an adult (to work) in most of those situations.”

Tim Rich was 16 when he took a job at a Las Vegas McDonald’s in 1969. He moved to Oklahoma in 1986 and now owns McDonald’s in Owasso-area (three), Claremore and Mannford.

The average wage at one of his restaurants is almost $12 an hour, he says. Through the franchise’s “Archways to Opportunity” initiative, he this year will hand out 20 scholarships — Griffin received $3,000 — to teen workers who log at least 15 hours a week and are going to college, Rich said.

Walmart recently extended debt-free college benefits to high schoolers as a way to attract and keep workers in a squeezed labor market.

The nation’s largest private employer says it will offer free college SAT and ACT prep for its workers in high school while offering two to three free general education college classes through an educational startup. The company estimates about 25,000 people under the age of 18 work at its stores, a fraction of its 1.3 million-person workforce in the United States.

It is an expansion of a program Walmart started in 2018 offering affordable access to a college degree for full-time and part-time workers who have been with the company at least 90 days.

“We always look for kids that are going to bring a good, positive attitude who are willing to work and learn,” she said. “A lot of people end up sticking with us through college while they get their degrees. … We’ve even had some that did restaurant management in college and are now serving as our district and area managers.”

Tulsa-based Mazzio’s, which has 33 restaurants in the city, recently held a pair of job fairs in town. During the events, the Tulsa eateries hired about 225 part-time, student employees for the summer, says Heather Mathias, senior director of human resources.

“During the recovery (recession) years, a lot of the jobs were being filled by adults,” Mathias said. “Our employment market is extremely low right now. We’re struggling to find good candidates. Specifically, we want really talented teens and college students.

“We value that experience in that teen/collegiate age group because a lot of times we’re able to model them into future leadership. Most of our leaders came from either working at Mazzio’s as a college kid or as a teen.”

Employees at Mazzio’s only have to be 18 to be a shift leader and 20 to be an an assistant manager, Mathias says.

“We have GMs who are as young as 21 years old,” she said. “They are responsible for a million-dollar store. It’s a lot of responsibility for somebody that young.”

Actor Jason Lee talks about his new photo exhibit that is being shown at the same time as photos from Larry Clark's iconic photo book "Tulsa."

Read the story: Larry Clark, Jason Lee exhibits show Oklahoma from inside, outside