Once a retail albatross, PostRock Plaza is now 90 percent occupied
0 Comments
Share this
{{featured_button_text}}
1 of 4 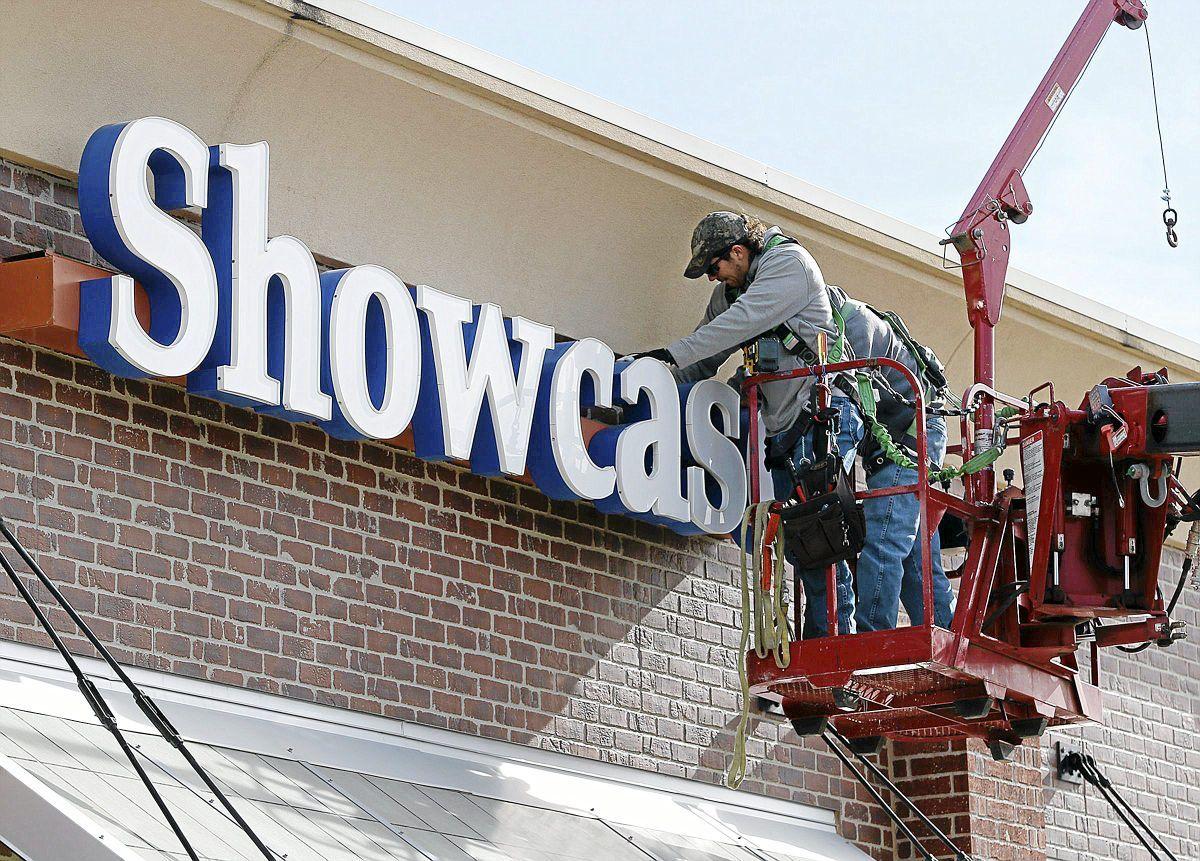 Justin Horne works on a business sign at PostRock Plaza last week in Bixby. The shopping center is about 90 percent leased, according to its owners. MATT BARNARD/Tulsa World 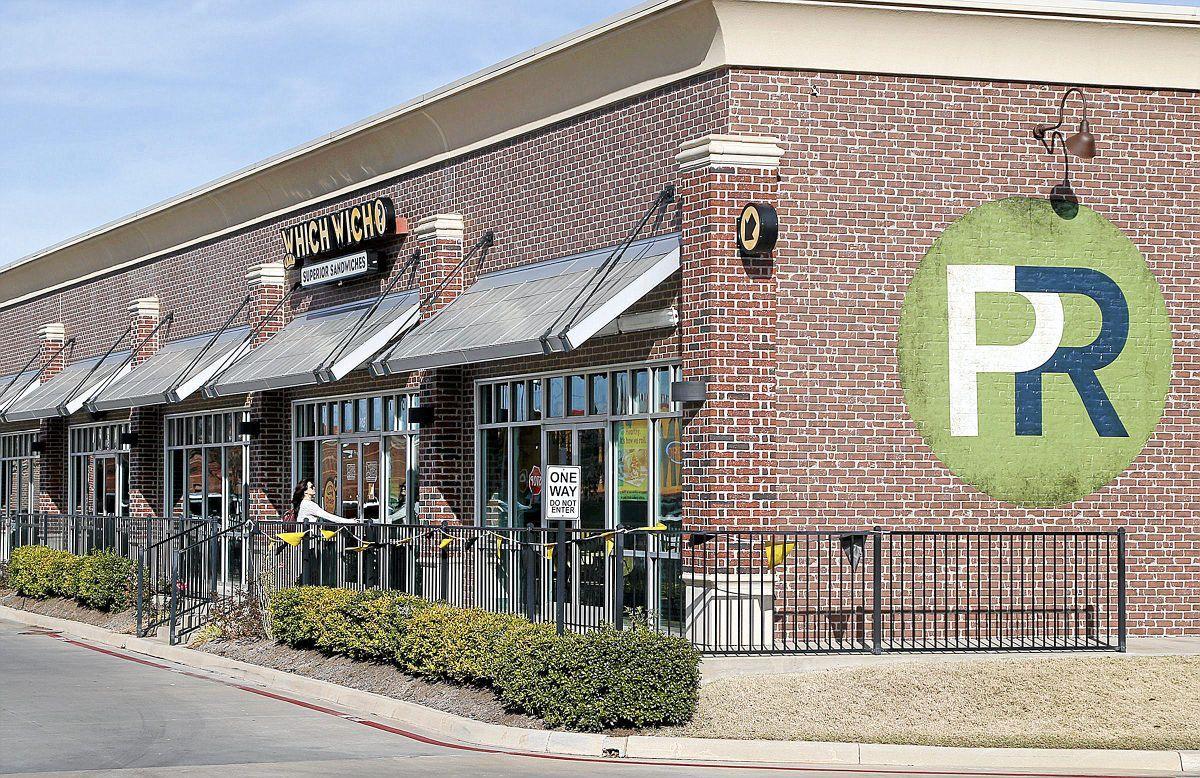 A customer heads into the Which Wich restaurant last week at PostRock Plaza in Bixby.  MATT BARNARD/Tulsa World 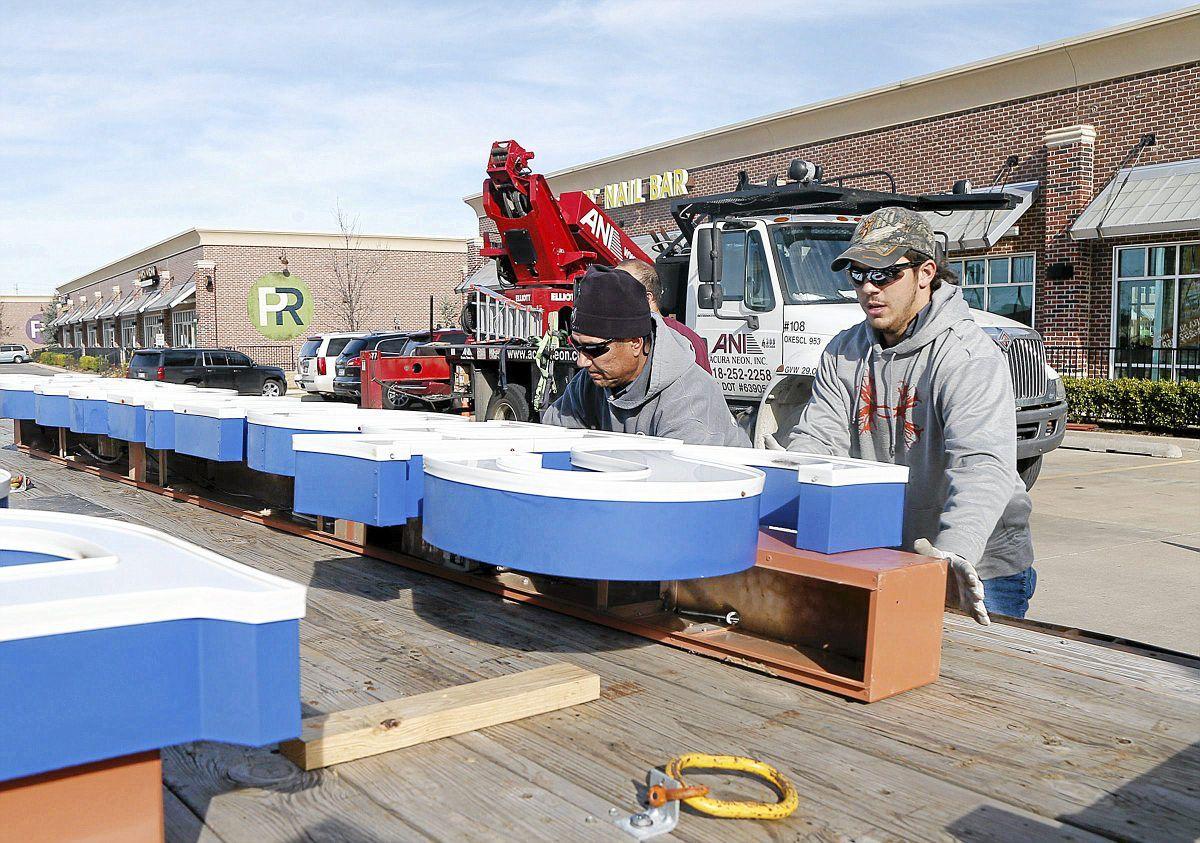 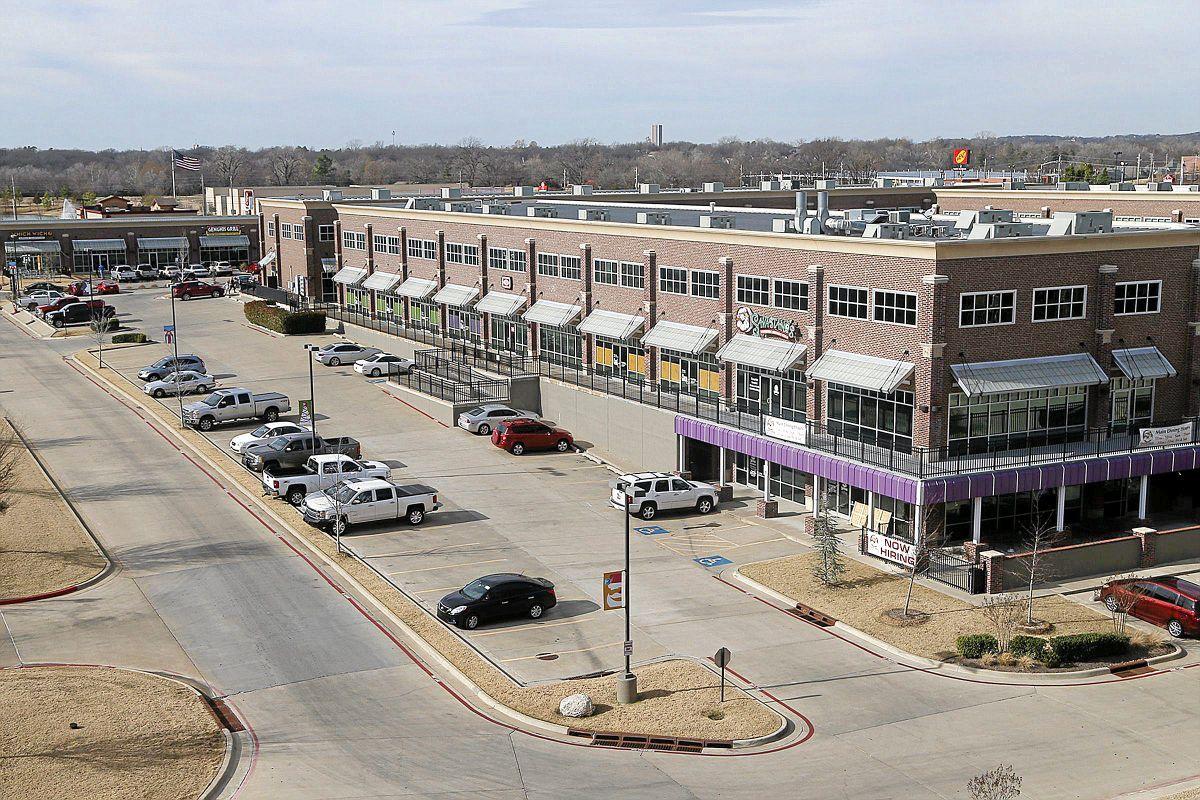 PostRock Plaza at 106th Street and Memorial Drive in Bixby has been successful in pursuing office space tenants in addition to retail and restaurants.  MATT BARNARD/Tulsa World

BIXBY — Large swaths of the retail center Regal Plaza had never been leased by the time MOAB Development LLC bought it in December 2014 for $8.25 million, said Eric Waller of the development company.

“A lot of it was just raw studs and wires,” he said.

But the years of vacancy might be over. One year later, the retail center at 106th Street and Memorial Drive, now named PostRock Plaza, is just shy of 90 percent occupied, and Waller said the rest could follow over the next six months.

In fact, the biggest new tenant, Regus, plans to use its 9,000 square feet to provide office suites for new businesses looking to establish themselves.

Waller said the office-centric strategy has worked in part due to a lack of space in the area. While retail has flourished along Memorial Drive between 101st and 111th streets, there’s been relatively little office development.

Bob Parker of NAI Petrous, the leasing agent for PostRock, said the center has benefited from continued retail growth.

“I think this center was ahead of its time when it was built,” he said. “Back then, they didn’t have a Target or Costco to pull in traffic.”

As part of the effort to change the center’s image, MOAB put in $600,000 in improvements to the center, including a new sign, improved landscaping, LED lighting, expanded landscaping and additional branding touches, such as painting the PostRock symbol on the side of some buildings.

In addition to the large, lingering vacancies, Waller said the former Regal Plaza was also suffering from deferred maintenance.

“When we started replacing lights, we had to replace 295 bulbs,” he said.

MOAB also converted 2,250 square feet into its own office space, partially to show potential tenants what could be done within the center.

Parker said the effects have been dramatic.

“The people who come here are shocked,” he said. “All of a sudden, it’s a nice center. Once you get them here, it’s an easy sell.”

MOAB, which is based in Tulsa and Westlake, Texas, specializes in purchasing and repurposing struggling properties in various parts of the country.

Regal Plaza was built alongside the SpiritBank Event Center in 2008 by the Remy Cos. The center is now owned by SpiritBank.

Joyce Madewell, a spokeswoman for SpiritBank, said in an email the company is continuing to seek a buyer for the event center. Although the event center remains dark, the office portions are mostly leased.

2009: SpiritBank acquires event center and Regal Plaza by deed in lieu of foreclosure, a deal tied to Remy Cos.' debt of $28 million.

June 2014: SpiritBank announces facility is no longer seeking to host major events while continuing to look for a buyer.

Don't get scammed out of your retirement

DoubleTree by Hilton downtown sells for about $21 million

The hotel at 616 W. Seventh St., will remain branded as a Hilton.

Want the largest monthly check possible? Here's how to get it.

Watch Now: Go behind the scenes with a driver for DoorDash and Uber Eats

"Most of my customers have been really great," says Ryan Floyd, driver for DoorDash and Uber Eats. "The only time they are upset are when things might be missing or sometimes it takes awhile. There are always ups and downs."

The 65-foot guitar rivals the height of other state Route 66 attractions, such as Tulsa's Golden Driller (75 feet) and the 66-foot bottle sculpture at the Pops Soda Ranch in Arcadia.

Travel is complicated now. Here are 5 ways to stress less

Whenever you’re ready to dust off your suitcase and get back out there, know that your usual trip routine will need some adjustments. Also, check out more of this week's best travel and money tips.

Go anywhere online, and it feels like someone is watching. That’s because, well, they are.

Korean food, sushi to be offered at new restaurant downtown

SoBahn 82 is scheduled to open at end of September.

Justin Horne works on a business sign at PostRock Plaza last week in Bixby. The shopping center is about 90 percent leased, according to its owners. MATT BARNARD/Tulsa World

A customer heads into the Which Wich restaurant last week at PostRock Plaza in Bixby.  MATT BARNARD/Tulsa World

PostRock Plaza at 106th Street and Memorial Drive in Bixby has been successful in pursuing office space tenants in addition to retail and restaurants.  MATT BARNARD/Tulsa World