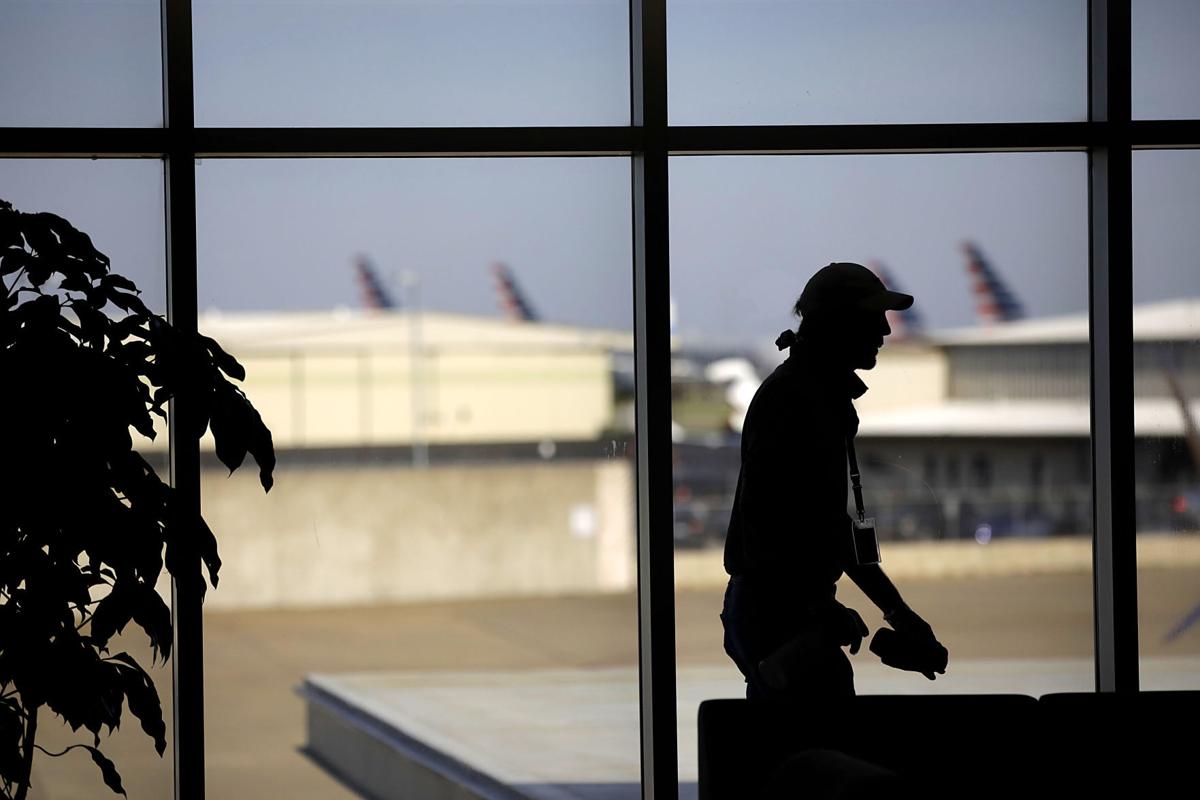 Phillip Hammontree is silhouetted against a window while working at a nearly empty Tulsa International Airport on April 9. MIKE SIMONS/Tulsa World file 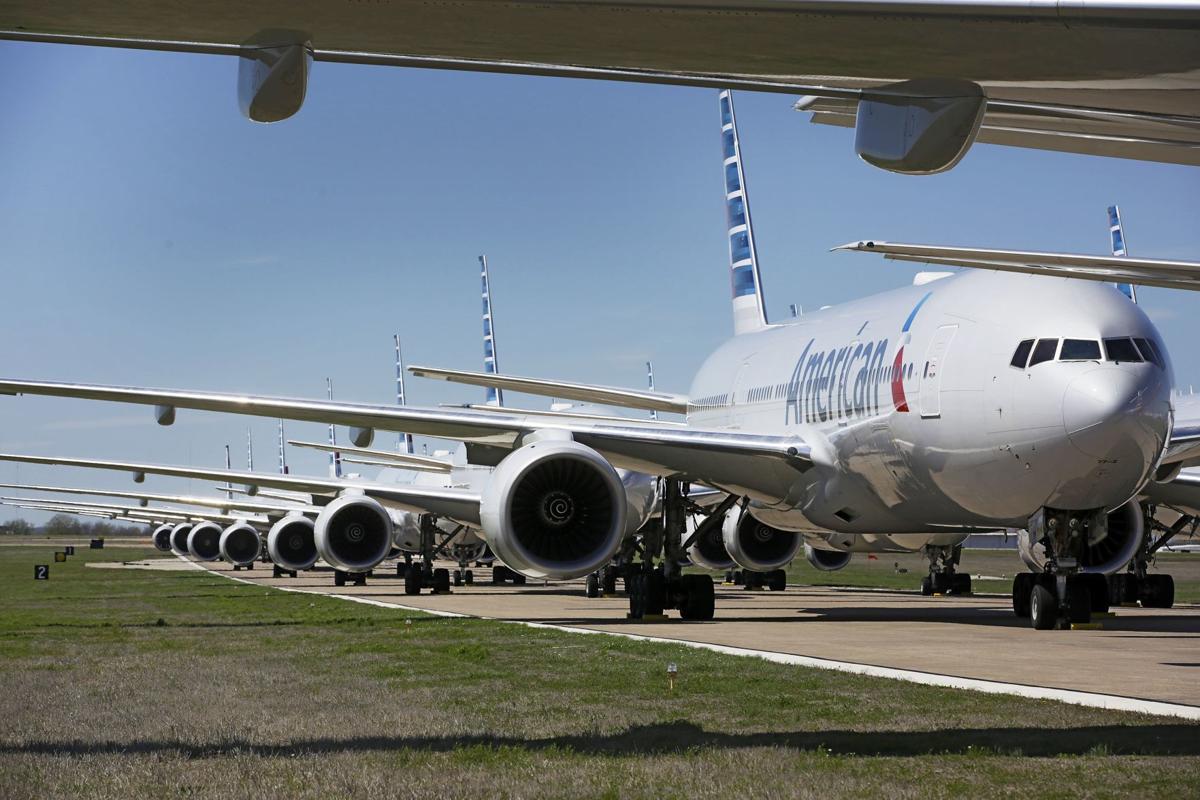 American Airlines’ 777 airplanes are parked at Tulsa International Airport. The out-of-service airplanes sit idle at the airport as a result of a reduced flight schedule because of the COVID-19 pandemic. MIKE SIMONS/Tulsa World file

Phillip Hammontree is silhouetted against a window while working at a nearly empty Tulsa International Airport on April 9. MIKE SIMONS/Tulsa World file

American Airlines’ 777 airplanes are parked at Tulsa International Airport. The out-of-service airplanes sit idle at the airport as a result of a reduced flight schedule because of the COVID-19 pandemic. MIKE SIMONS/Tulsa World file

Although hope has peeked through the clouds in recent days, Tulsa International Airport has seen nine of 20 nonstop flights suspended since the arrival of COVID-19.

“We hear a lot from people saying, ‘Is this as bad as 9/11?’” Tulsa International Airport CEO Alexis Higgins said of the airline industry following the terrorist attacks in 2001. “Well, it’s actually way worse than 9/11.”

Higgins appeared Tuesday on a webinar hosted by the Tulsa Regional Chamber.

Some of the markets could return by June or later in the summer, but Baltimore-Washington D.C. and San Diego, both of which were expected to launch next month, have vanished for 2020, airport spokesman Andrew Pierini said.

Before the coronavirus took hold of the country, the airport, Tulsa Regional Chamber and the city of Tulsa had worked to build up the municipality’s nonstop destinations.

“The mindset has really shifted from new nonstop flights to how can we retain all of our existing flights?” Higgins said. “Really, that’s a function of the community and what’s taking place here and how is demand triggering the need for additional flights.”

Nationwide, the airline industry lost about 26% of its business, or 12.3 million seats, following 9/11. In April and May of this year, 111 million seats have gone unfilled in the U.S. market, Higgins said.

In Tulsa, daily departures went from 51 pre-coronavirus to 14, the nadir coming in mid-April, when passenger count dropped 96 percent over the same month a year ago, Higgins said.

“All of the airlines have had to reduce their schedules just because they were flying empty airplanes,” she said. “… As airlines are scaling back, they are not flying to as many destinations.”

Some optimism has emerged of late.

A total of 17 planes departed from Tulsa International Airport on Monday, Higgins said. Two days earlier, 1,500 people came through the airport, an increase from an average of 1,300 in mid-April.

“We were jumping for joy,” Higgins said. “… That’s a sign that leisure travelers, vacation travelers in particular, are starting to say, ‘Hey, I need to go out and see family. I want to go on that vacation I’ve been thinking about …’”

Another bright spot: Allegiant’s new nonstop flight to Nashville, Tennessee, still is scheduled to launch June 4. A sustained increase in passengers, however, won’t occur until the majority of companies release their suspension on corporate travel and Americans feel safer taking flight as a whole, Higgins said.

“We’ve hit our low but we still have a long way to climb,” she said. “It will be several months, if not next year, before we get back to pre-COVID levels.”