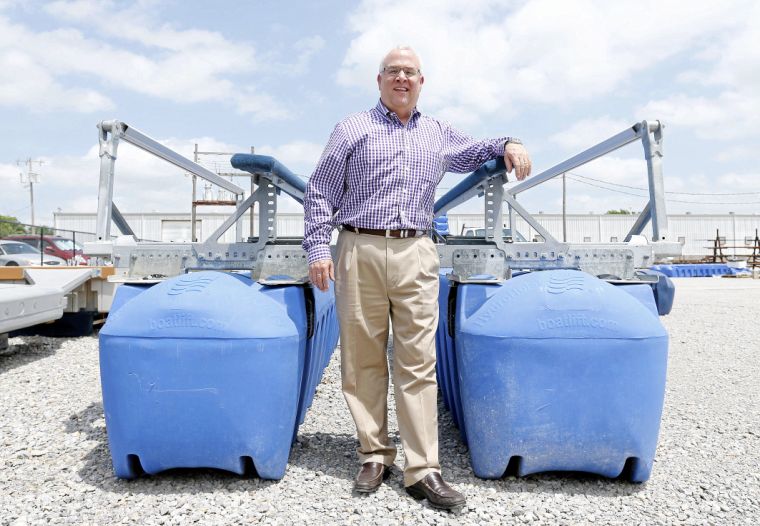 CEO of Hydrohoist Marine Group Mick Webber next to a boat lift which his company manufactures in Claremore, Okla., taken on June 18,2014, Hydrohoist will soon have it's 50th anniversary. JAMES GIBBARD/Tulsa World 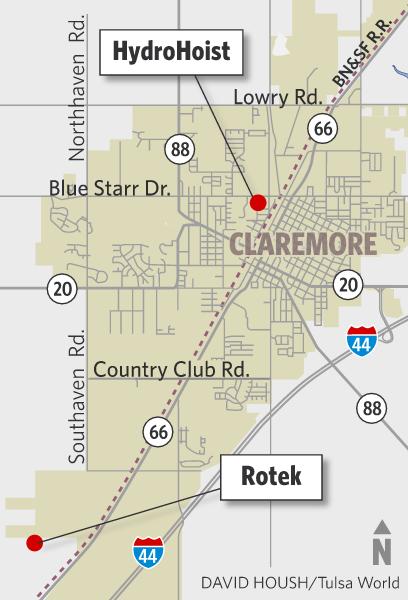 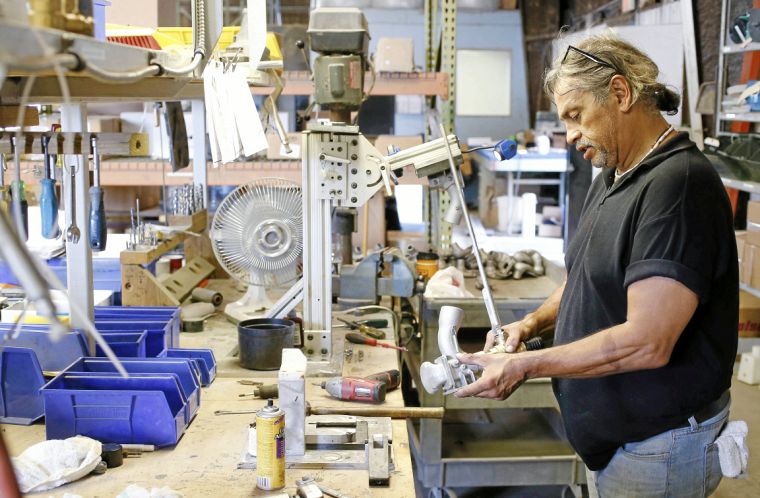 CLAREMORE — Mick Webber knows that if his company doesn’t innovate, it will be left in the wake of its boating industry competitors.

So Webber and his team of 78 employees at HydroHoist International Inc. are looking for ways to build on 50 years of business so the company will still be around in another 50.

“We know that if you don’t innovate, you die,” Webber said. “We’ve done pretty well for ourselves, but there is still a lot of room to grow.”

And this Independence Day, many of the high-end boats on Oklahoma’s lakes will be supported by HydroHoist’s lifts.

The Claremore company is marking a half century in business this year. It was started in 1964 by Henry Rutter, who used an old fiberglass bathtub and a pump to create a makeshift dry-dock marina at Grand Lake.

After building a strong local operation, Rutter sold HydroHoist to Webber in 2006.

Today’s products follow the same concept as the bathtub prototype, but use specially designed plastics to lift boats out of the water.

Lift systems pump air into units somewhat like a large plastic barrel. With the boat parked above the surface of the lake or river, it is protected from algae, barnacles and harsh water.

“We can do about anything that isn’t some kind of mega-yacht,” Webber said.

Primarily, the systems help preserve the resale value of boats, some of which are worth well into the six-figure range.

Webber said the company has spent the past five years focused on making its the products better.

New boat lift systems are easier to operate and faster than before. The newest line comes with a remote control that can be operated from 500 feet away, so boaters never have to leave their vehicle while docking.

HydroHoist has also improved its systems to cut the time of getting a boat out of the water from about 5 minutes to about half that.

Driven by expendable consumer income, the boating industry in the last six years has been a struggle. The recession starting in 2008 stopped much of the spending on pleasure vehicles and hurt companies like HydroHoist.

“We bottomed out in 2010, and we’ve been climbing back ever since,” Webber said. “It’s still not quite what it was then, but we’re getting closer.”

HydroHoist has managed to return its employment levels to pre-recession figures, he said.

The company still operates its RotoTek facility in Claremore, where it uses a large, rotating, heated mold to create plastic parts.

HydroHoist’s latest efforts are focused on breaking into overseas markets, such as France, Italy and the Middle East.

“There’s so much money in Dubai and Oman and places like that, and they’re just now starting to develop an interest in boating,” Webber said.

Australia and New Zealand are other popular boating markets where HydroHoist is focusing because those two countries tend to follow American boating trends.

“Until 2008 we had no need to go overseas because we had all the work we could handle in the United States,” Webber said. “The boating market is recovering, but overseas has a lot of opportunity.”

Despite improvement in the U.S., there are some troubles unrelated to the economy. Texas lakes are low because of drought conditions, cutting into one of HydroHoist’s biggest markets.

“If we just had some water in the lakes around Austin and the MetroPlex, we’d be having a great year,” Webber said.

CEO of Hydrohoist Marine Group Mick Webber next to a boat lift which his company manufactures in Claremore, Okla., taken on June 18,2014, Hydrohoist will soon have it's 50th anniversary. JAMES GIBBARD/Tulsa World