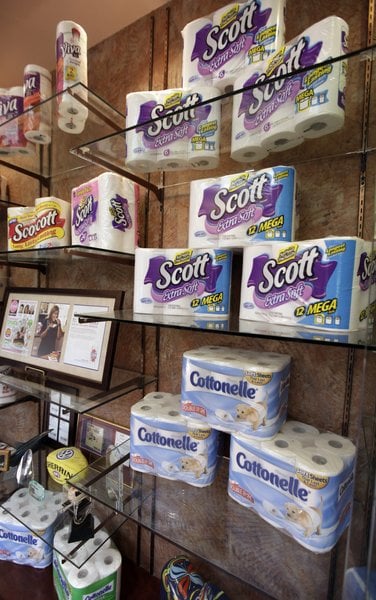 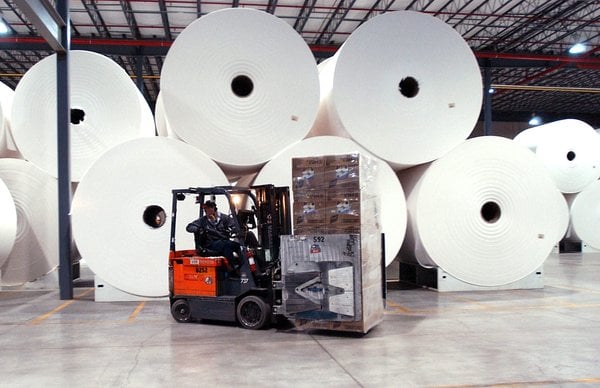 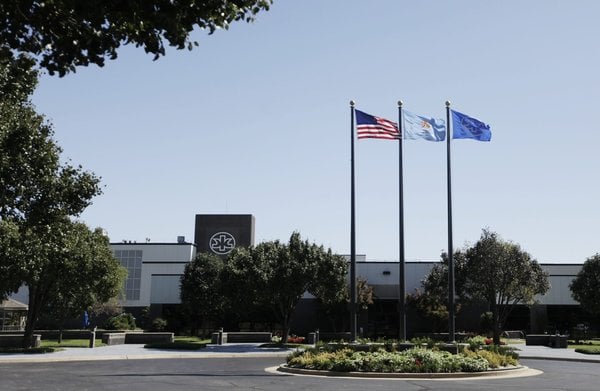 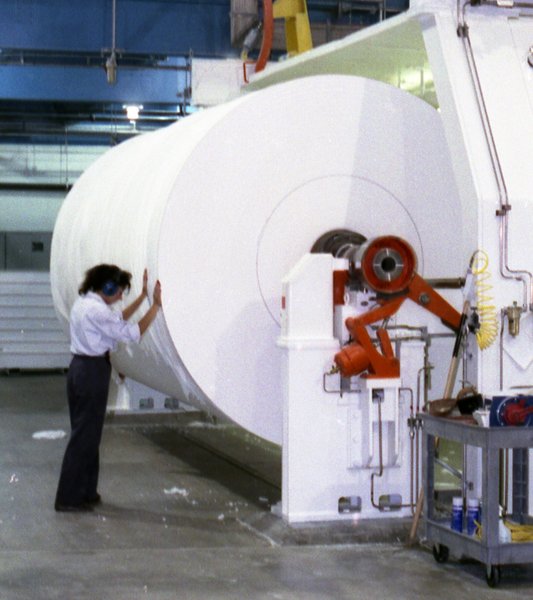 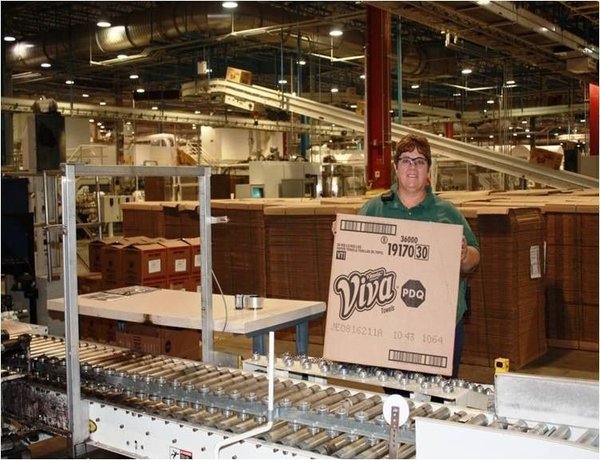 A Kimberly-Clark associate displays a box of Viva paper towels as it comes off the assembly line at Kimberly-Clark's Jenks Mill. Tulsa World file

When Sherwood Ledbetter first learned of a job opening for him at Kimberly-Clark's new south Tulsa County factory in 1989, his first question was "Who is she and what does she want me to do?"

Not a she, but a big it, Kimberly-Clark's products were in millions of homes across the country, ranging from its "Kleenex" brand facial tissue to its Cottonelle toilet paper.

"I had never heard of Kimberly-Clark," said Ledbetter, who was 33 at the time with five kids at home and struggling to make a living from his janitorial business. "At home my wife and I were familiar with Kimberly-Clark's products, but not with the company."

And Kimberly-Clark needed Ledbetter, a former paper factory worker, to help start operations at its new paper mill and factory located on the Arkansas River between Jenks and Bixby.

Ledbetter was one of the first 60 employees brought on in January 1990, months before the factory officially opened.

Two years earlier, the company announced plans to build a $150 million factory between the two communities that would employ at least 250 workers making toilet paper and paper towels.

It was a huge economic boon for the area, and initial employment estimates made Kimberly-Clark one of the area's largest manufacturers.

Officially, Kimberly-Clark opened the factory 20 years ago this November and has since undergone two major expansions that has pushed the company's number of workers at the plant to more than 400.

An additional 150 workers are employed a distribution center on the site run by a third party.

"When I started here there were only 60 people," said Ledbetter, who is now an operations associate who works in the paper cutting area. "Now there are more than 400."

Daily some 80 tractor trailer loads worth of product roll out of Kimberly-Clark's south Tulsa County factory, shipping bath tissue and paper towels to distribution centers and retailers throughout the country.

The 1.8 million-square-foot factory sits on 342 acres overlooking the Arkansas River.

Kimberly-Clark announced that it would be locating in the Tulsa suburbs in 1986. The company was looking at the area because it needed a factory in the lower Midwest to help distribute paper products through Texas, Oklahoma, Missouri and the rest of the region.

Tulsa also had lower labor costs and an abundant labor force with experience in manufacturing.

"This is a good place to be for a labor market," said Susan Bickert, general manager at the plant. "The skill of the folks in production and maintenance is difficult to find."

The company received more than 2,000 applications for 250 positions.

State officials also made a major push to help Kimberly-Clark locate here. In 1988 the legislature passed a bill to give Kimberly-Clark and other manufacturers that spend more than $5 million on payroll a sales tax exemption on construction materials.

Former Gov. Henry Bellmon was a major supporter of the law and helped push it through the legislature.

The legislation was designed with Kimberly-Clark in mind, and the company used the incentive for two years.

Kimberly-Clark also cashed in on more incentives for manufacturing and employment.

Kleenex brand facial tissue was the first product made at the factory, and the company installed state-of-the-art paper machinery to produce to fine, soft tissue.

The company spent about $300 million on another plant expansion in 2001, nearly doubling its size to the current 1.8 million square feet, adding another paper manufacturing line and building the distribution center on the site.

Today the plant makes household tissues, starting with pulp. It manufacturers the paper on 100-inch wide rolls before cutting it into individual products.

For instance, retailers such as Walmart, Target or other large grocery chains ask for uniquely sized or packaged products.

Because toilet paper and facial tissue are a low-margin business, the company has also had to continually upgrade equipment as competition for household goods grows.

After expansions, the company continued to add workers at the facility.

Sandy Hicks, a converting operator on the Scott paper towels line, started at the company five years ago after losing her job at another manufacturing plant.

"I saw an ad through the paper for Workforce Oklahoma," she said. "I already had experience in manufacturing so I thought it would be a good place for me."

A Kimberly-Clark associate displays a box of Viva paper towels as it comes off the assembly line at Kimberly-Clark's Jenks Mill. Tulsa World file