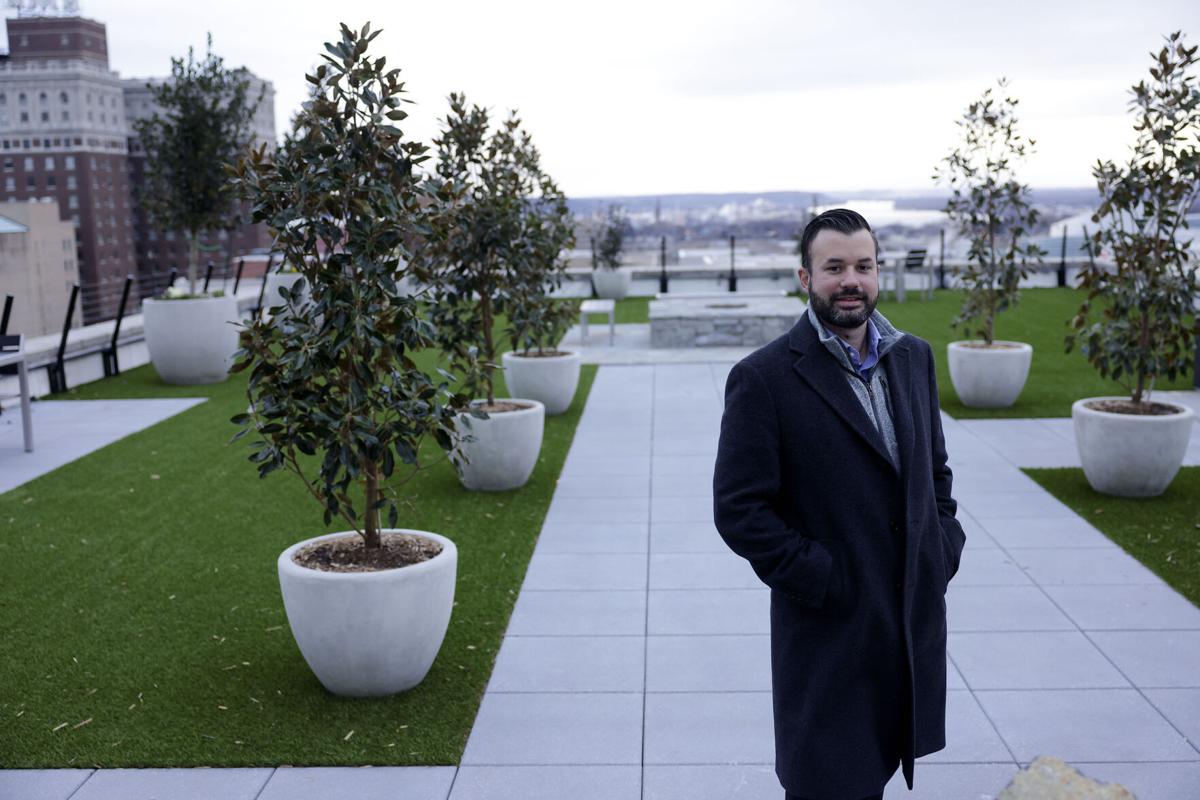 Developer Steven Watts poses for a portrait on the roof of the Reunion Building on Wednesday in Tulsa. 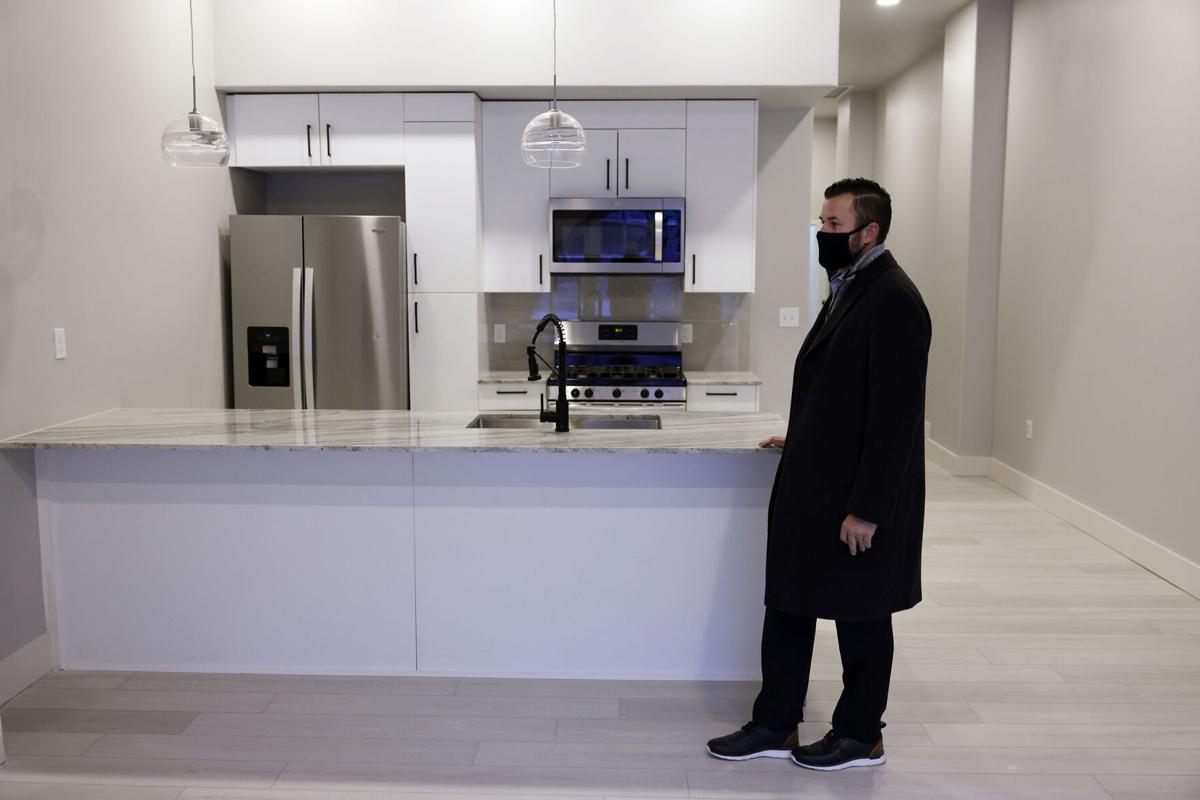 Developer Steven Watts leads a tour of the Reunion Building on Wednesday in Tulsa. 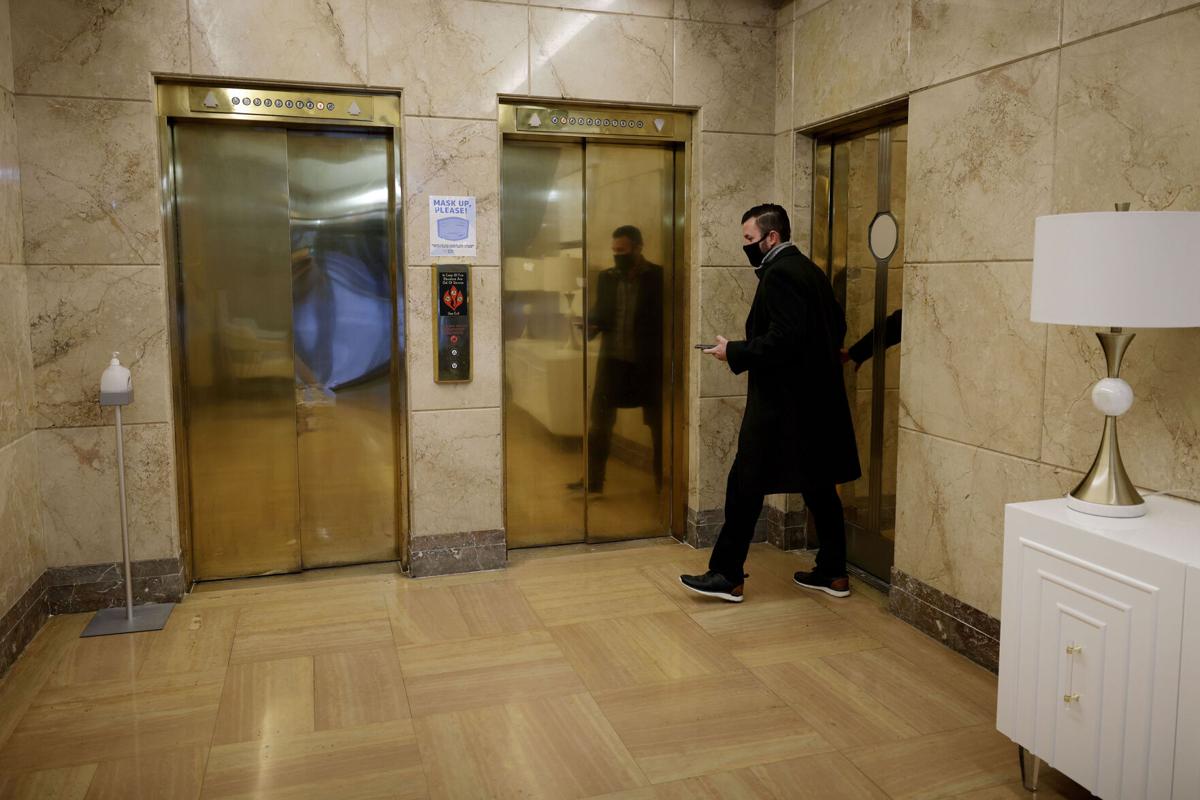 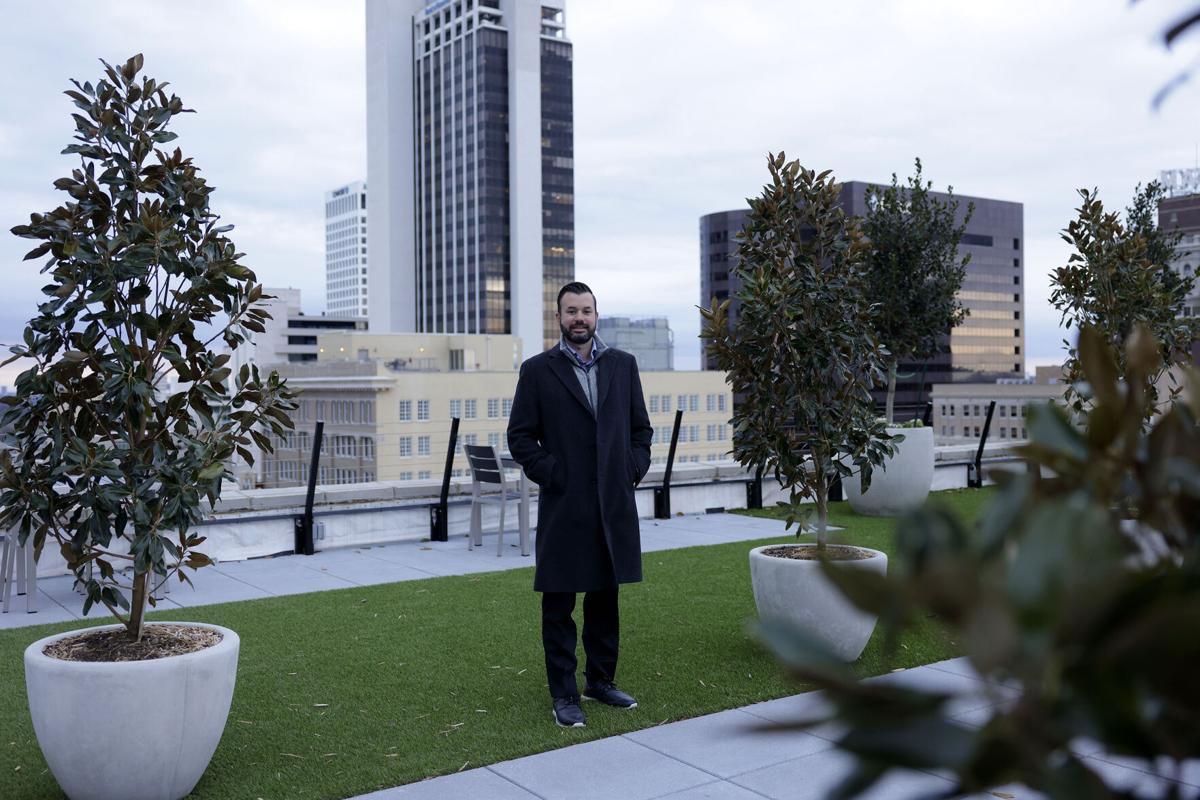 Developer Steven Watts poses for a portrait on the roof of the Reunion Building Wednesday, Jan. 6, 2021 in Tulsa, Okla. 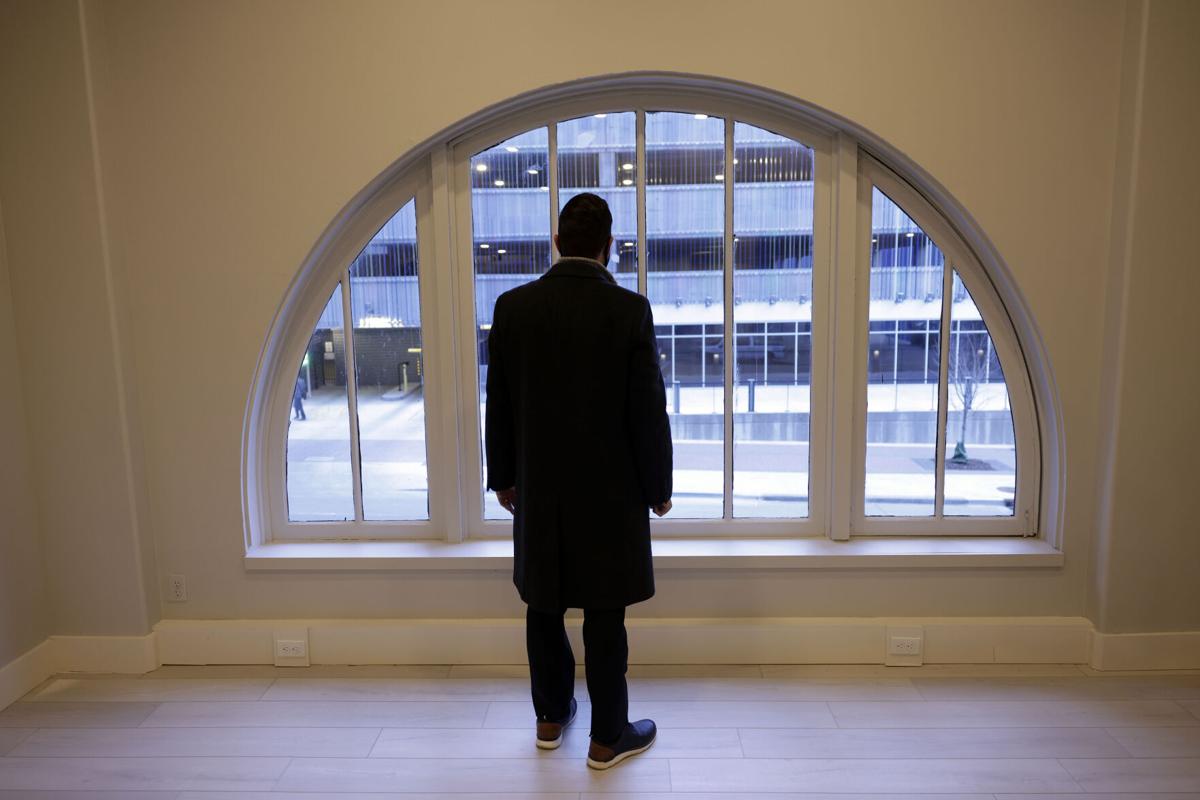 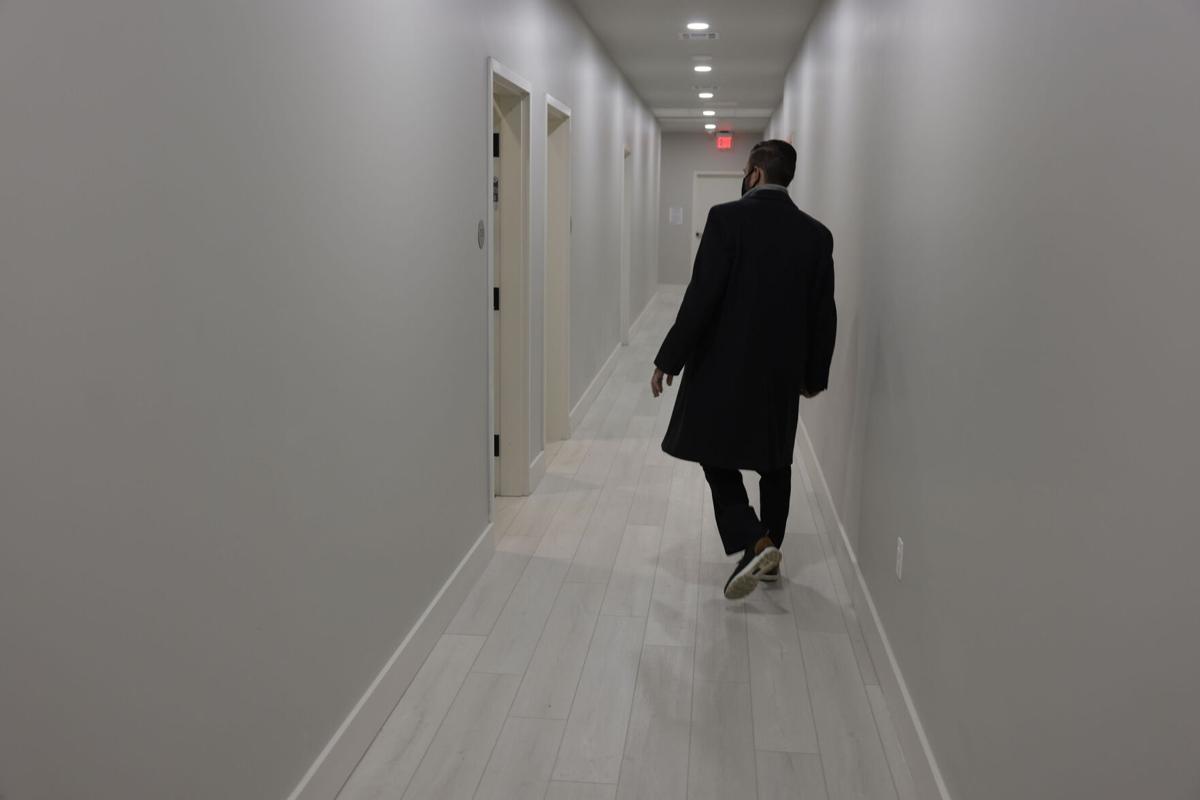 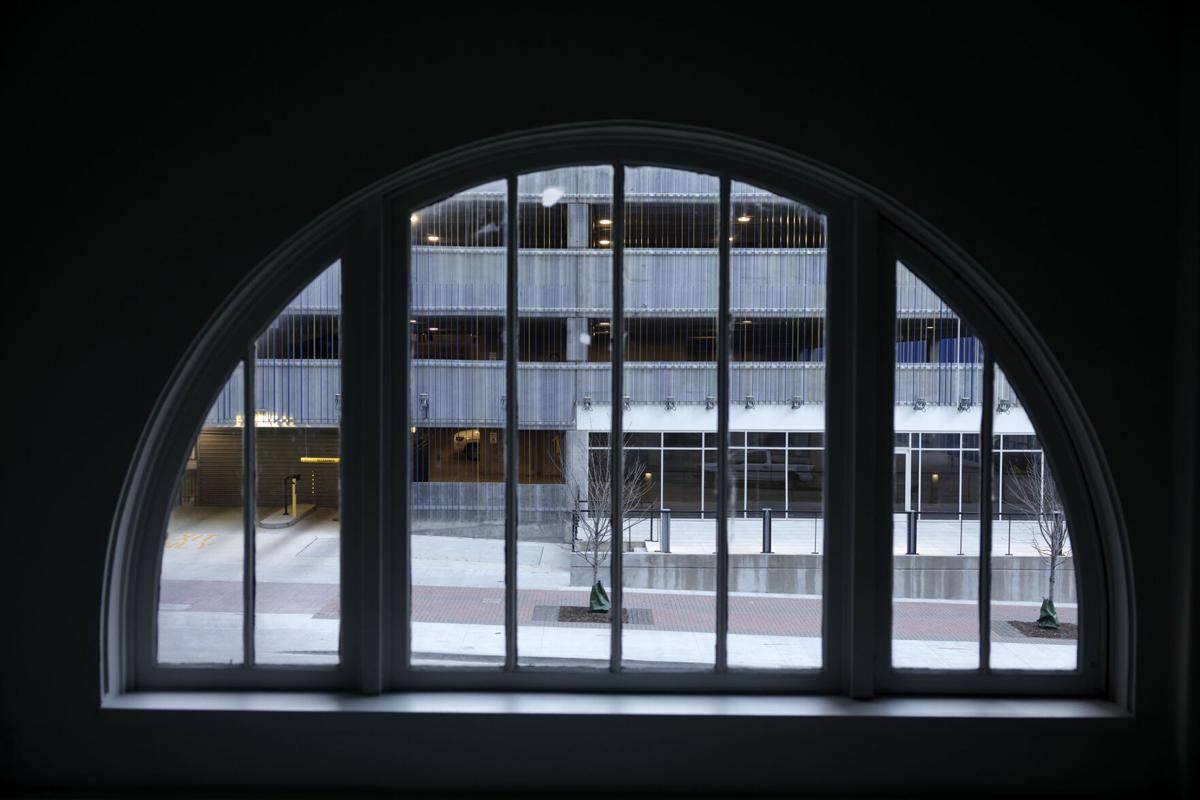 The window of an apartment in the Reunion Building Wednesday, Jan. 6, 2021 in Tulsa, Okla.

In 2019, the Steven Watts-led group opened Adams Apartments, a transformation of a former hotel built in the 1920s. Roughly a year later and two blocks east of that resurrection on Fourth Street, he christened the Reunion Building Apartments, a project that put the shine on a 1917 structure.

“Tulsa had sort of a glut of office space going back to the 1980s,” said Watts, CEO of Rose Rock. “Everybody wanted office space. Every real estate investor was coming to Tulsa because they felt like it was booming as an oil and gas town. This had always been an office building.

“It was about 50% occupancy when we bought it and it moved below that. With the building having kind of languished for years, it made sense to convert it to apartments. Despite COVID, apartment demand has been strong. There hasn’t been a real change in that.”

Watts recently led the Tulsa World on a tour of the Reunion Building, whose 79 new units at 9 E. Fourth St. are about 85% occupied after opening to tenants in September.

Reunion Center was built 104 years ago as home of the First National Bank of Tulsa, also known as “The Oilman’s Bank.” Its lobby had tall, arched windows, 13-foot-high ceilings bordered in terra cotta and gold, marble columns and walls and terrazzo floors. A renovation masked some of that detail decades ago.

“We did have some challenges,” he said. “Supply chain was an issue with lighting suppliers. HVAC equipment was delayed. We kind of experienced delays in materials but also in our subcontractor base.

“Somebody could be out for a week because they had an exposure (to COVID-19). Everything took it seems like 50% longer than it would in a normal time frame.”

The Reunion redux, which contains units that range from 400-square-foot studios to a pair of 1,500-square-foot, three-bedrooms, maintains the building’s signature brass accents and original terrazzo floors. Second-floor units have 12-foot ceilings and arched windows that were once part of the bank’s ornate lobby.

The complex also features a dogs’ area, fitness center and 6,000 square feet of space available for lease on the first floor.

“We’re a luxury apartment building,” Watts said. “Nobody has a rooftop deck like we have in town. Our finishes are high end … We’re catering to a Class A clientele.”

As for the mostly turfed roof, it sports ample seating, a fountain, fire pit and large ficus planters. The most spectacular amenity, however, is the unobstructed view of the Arkansas River.

“It’s like a back yard in the sky,” Watts said. “You forget that you’re 11 stories in the air. That’s what we tried to create.”

Gallery: A view inside the new-look Reunion Building

Gallery: A view inside the new-look Reunion Building

Why Is Dogecoin Trading at New All-Time High?

Why Is Dogecoin Trading at New All-Time High?

Tulsa among cities selected to use Amazon electric delivery vans

Tulsa will be the third city in which such vehicles have been used by Amazon, following Los Angeles and San Francisco.

What's up Doc's?: A remodeled grocery store in Glenpool

The facelift is the most extensive refurbishing for the Country Mart since it opened in 1997.

It will include vehicles provided by the Tulsa Region of the Antique Automobile Club of America.

The information gathered through this survey will inform programs and services that assist in the reopening and recovery of Downtown Tulsa through the Back to Downtown campaign.

According to FEMA, 60-percent of businesses close their doors permanently after a critical data loss.

The 16-foot by 10-foot mural is in the lobby of the Holiday Inn Express & Suites.

It will take place from 1 p.m. to 5 p.m. Friday through Sunday at the Dollar General Store, 1520 S. Sheridan Road.

`A full bounce back in employment for the leisure and hospitality sector likely will require increased mobility and foot traffic,' says Chad Wilkerson, VP of the Oklahoma City branch of the Kansas City Federal Reserve.

Honored at virtual convention, company was allowed to give to charity of its choice.

Developer Steven Watts poses for a portrait on the roof of the Reunion Building on Wednesday in Tulsa.

Developer Steven Watts leads a tour of the Reunion Building on Wednesday in Tulsa.

Developer Steven Watts poses for a portrait on the roof of the Reunion Building Wednesday, Jan. 6, 2021 in Tulsa, Okla.

The window of an apartment in the Reunion Building Wednesday, Jan. 6, 2021 in Tulsa, Okla.