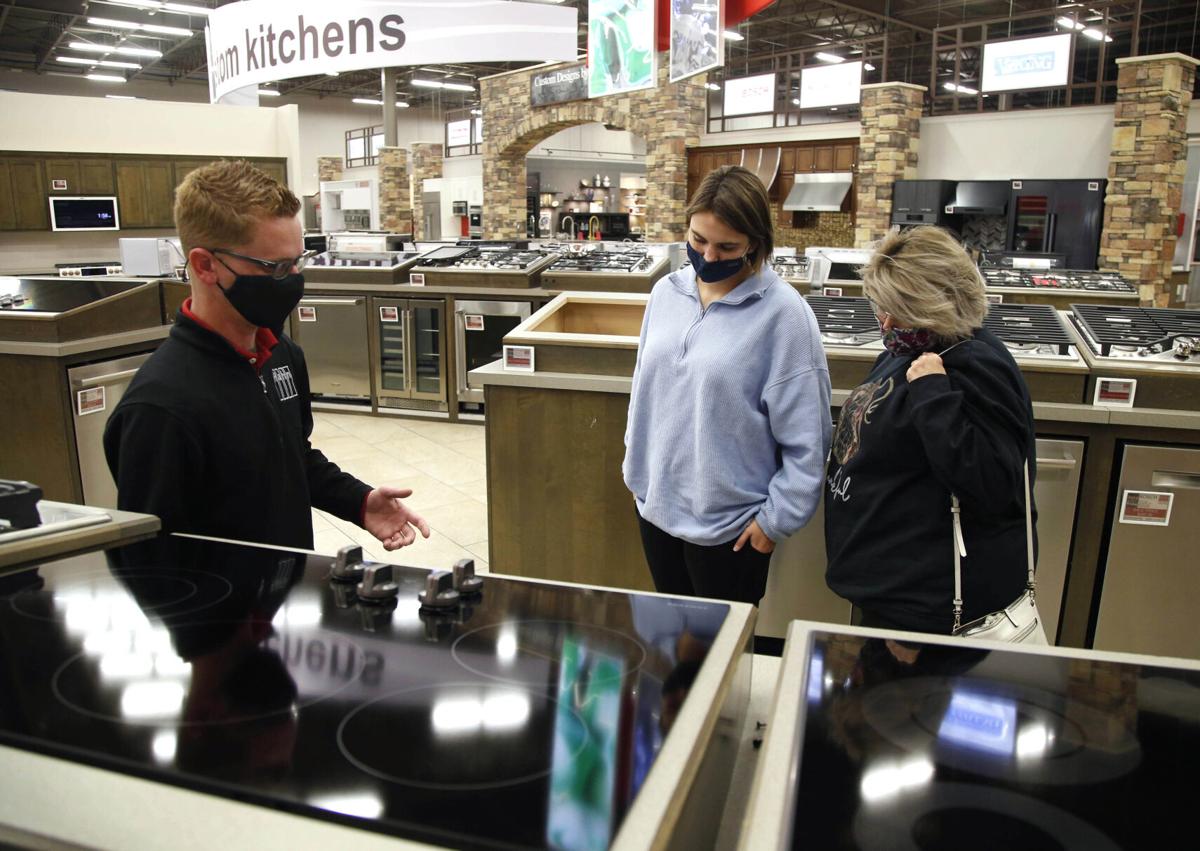 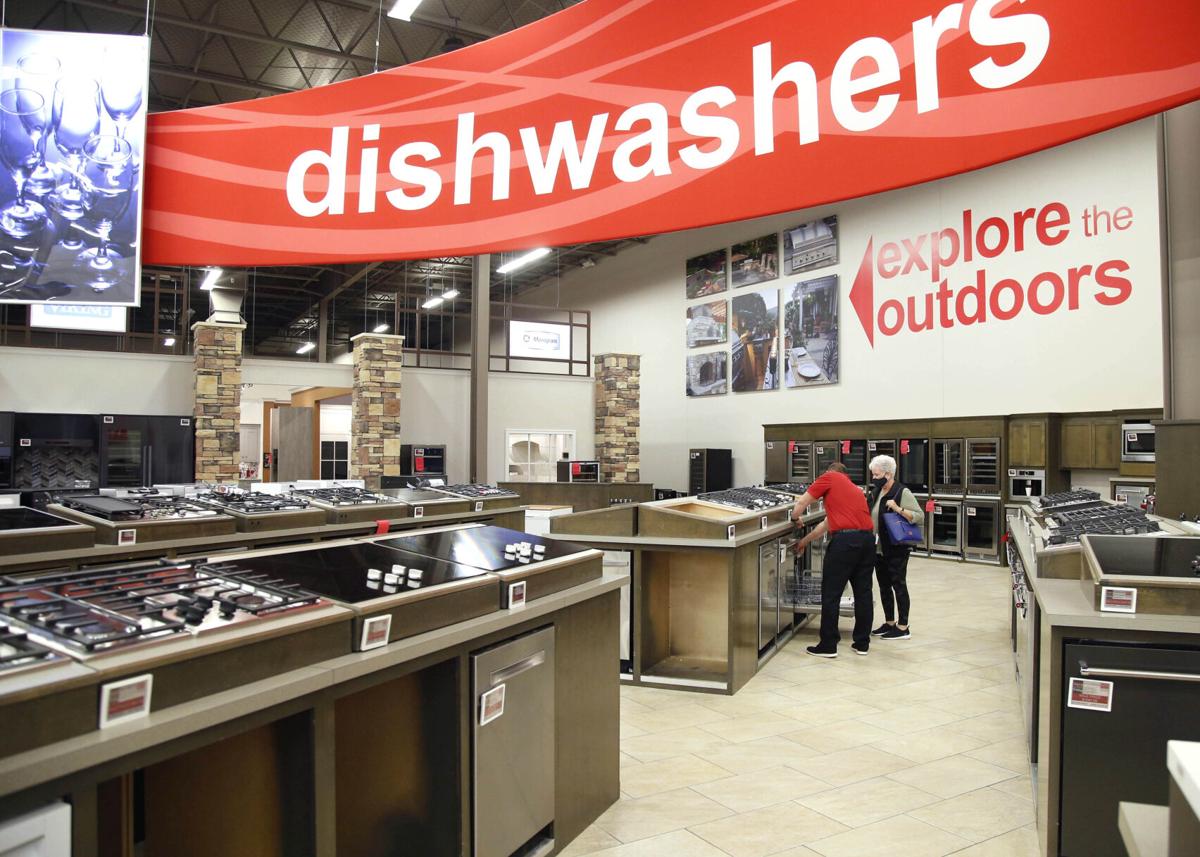 The sales floor at Hahn Appliance Warehouse in Tulsa, Okla., on Wednesday, November 4, 2020. 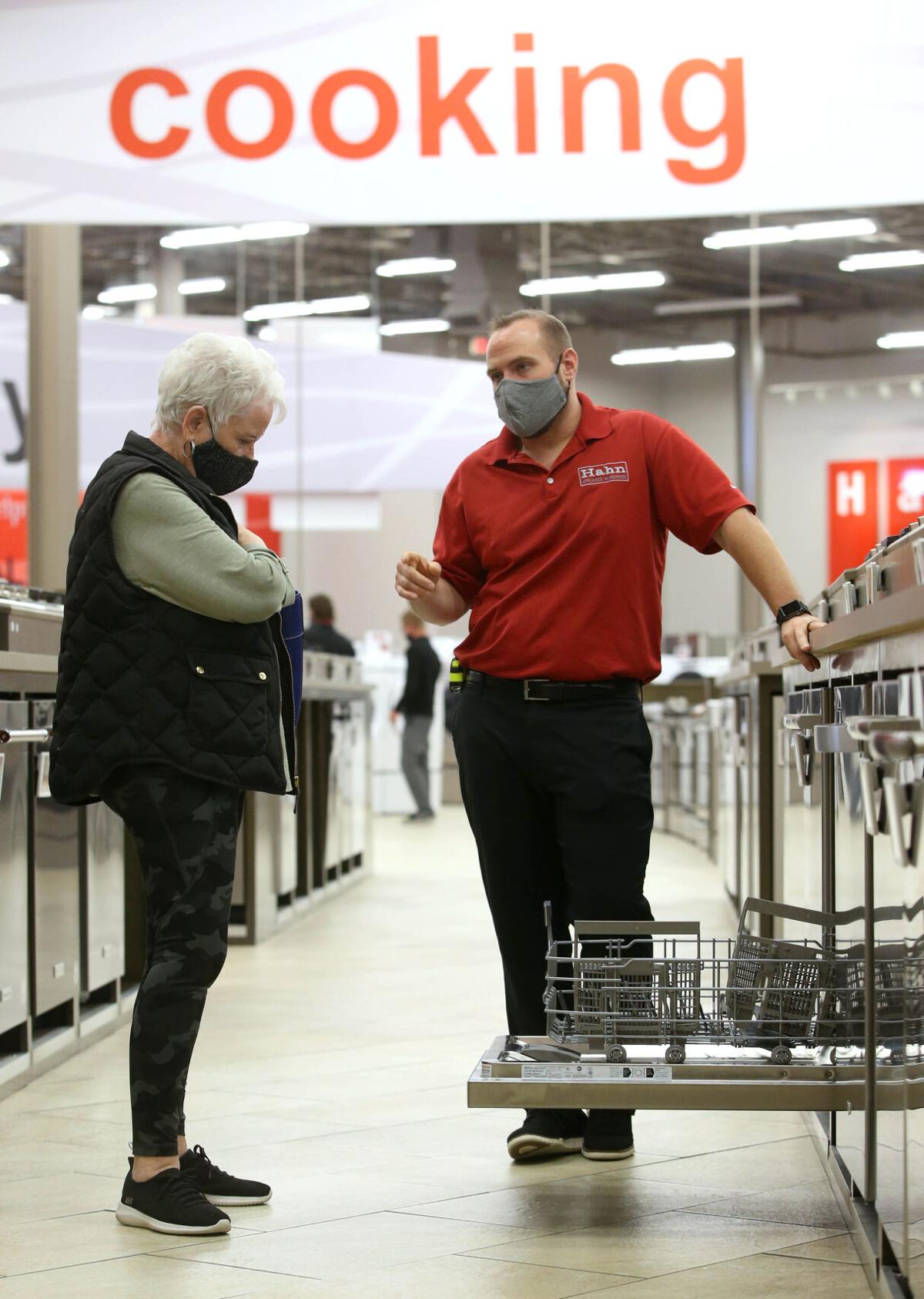 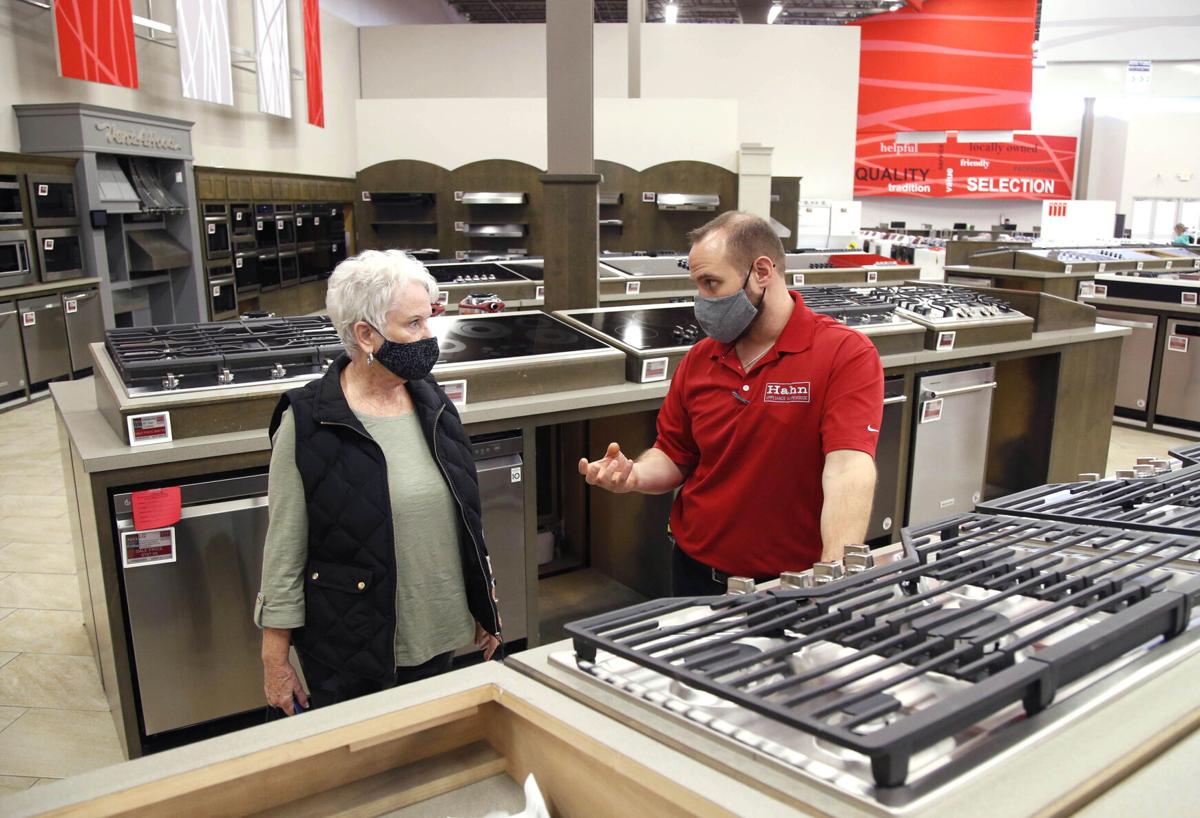 If your fridge is on the fritz or your dishwasher’s skipping the dirty work, chances are that replacing or repairing them could be difficult.

That is because the COVID-19 pandemic for the past seven months has caused disruptions to the supply chain and headaches for millions of consumers.

“Demand is through the roof,” said Sean McClanahan, general manager of Hahn Appliance in Tulsa. “Getting the appliances has been a struggle.

“A lot of the factories were shut down. Even the ones that were open are only operating at about a 30% capacity because of social distancing rules.”

Households in the United States spend around $300 per year on major appliances and an additional $120 on small appliances, according to statista.com.

And when the coronavirus gained a foothold on the country in the spring, leading to restrictions on in-person dining at restaurants, spending for those domestic conveniences has grown, as families continued to cook and store meals at home instead of eating out.

“It started with freezers,” McClanahan said. “When it (COVID-19) hit early on, people started buying freezers to stock up on meat because they didn’t know what was going to happen. But then it just trickled down to every appliance.

“People have been sitting at home, nesting. They are not traveling or going on vacation. So they are redoing kitchens and bathrooms and all kinds of stuff. We used to, when we ordered an appliance, get it in a week to two weeks. I have stuff on order now that we’re not going to see till April.”

When consumers can’t get that hands on a new Maytag, they are forced to get their current one fixed.

Colby Jones is owner of C.J. Appliance Repair in Tulsa.

“I’ve been doing this for 11 years and every February and March, business slows down completely,” he said. “This summer, I could have hired another probably two technicians and at least another office lady just to answer the phones. The surge in call volume was ridiculous.”

Jones’ business was fielding an average of 800 service calls per month during the summer, he said. Pre-pandemic, it was about 75.

“People were panicking,” Jones said. “Anybody can get by without their dishwasher. You can wash dishes by hand. It’s not an emergency. But you have to get a fridge fixed. People would freak out about that.”

The coronavirus has had a telling impact on Whirlpool, which is the leading kitchen and laundry appliance company in the world and has a large presence in the Tulsa metro.

Earlier this year, the company roughly doubled its footprint in the city, announcing the opening of a new $55 million, 800,000-square-foot factory distribution center in Cherokee Industrial Park.

Whirlpool enjoyed an 11% increase in third-quarter earnings, but in an October earnings call with investors, chairman and CEO Marc Bitzer was candid about problems with inventory.

He said the main production hurdles are linked to labor constraints in factories due to COVID-related safety protocols, not to mention supply and component shortages. With builder demand and rising retail, Whirlpool is seven to eight weeks out on orders globally compared to a typical backlog of one to two weeks, though he said production is improving.

“These are the fundamental constraints, which frankly are getting better every week,” he told analysts. “… We have an exceptionally strong order book. But at the same time, it’s frustrating, because we’re letting consumers down.

“All I can do is apologize for the delay of certain customer orders. We are, of course, trying to minimize any customer frustration …(but) as long as COVID will be around us, we have to be prepared for supply chain constraints across the entire industry. This is not Whirlpool unique.”

Sales for Michigan-based Whirlpool grew 4% to $5.29 billion in the third quarter.

“We have significantly reduced promotion expenses,” Bitzer said. “That is a decision which we took essentially in Q2 to kind of curtail pretty much most promotions … We see that now across the entire home, that people are starting to invest in home upgrades” prompting “more demand (for) higher-ticket items.”

Tulsa among cities selected to use Amazon electric delivery vans

Tulsa will be the third city in which such vehicles have been used by Amazon, following Los Angeles and San Francisco.

What's up Doc's?: A remodeled grocery store in Glenpool

The facelift is the most extensive refurbishing for the Country Mart since it opened in 1997.

It will include vehicles provided by the Tulsa Region of the Antique Automobile Club of America.

The information gathered through this survey will inform programs and services that assist in the reopening and recovery of Downtown Tulsa through the Back to Downtown campaign.

According to FEMA, 60-percent of businesses close their doors permanently after a critical data loss.

The 16-foot by 10-foot mural is in the lobby of the Holiday Inn Express & Suites.

It will take place from 1 p.m. to 5 p.m. Friday through Sunday at the Dollar General Store, 1520 S. Sheridan Road.

`A full bounce back in employment for the leisure and hospitality sector likely will require increased mobility and foot traffic,' says Chad Wilkerson, VP of the Oklahoma City branch of the Kansas City Federal Reserve.

Honored at virtual convention, company was allowed to give to charity of its choice.

The sales floor at Hahn Appliance Warehouse in Tulsa, Okla., on Wednesday, November 4, 2020.