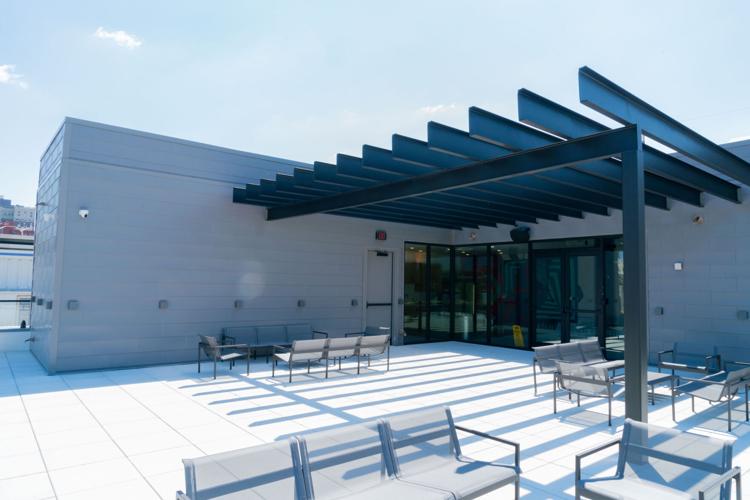 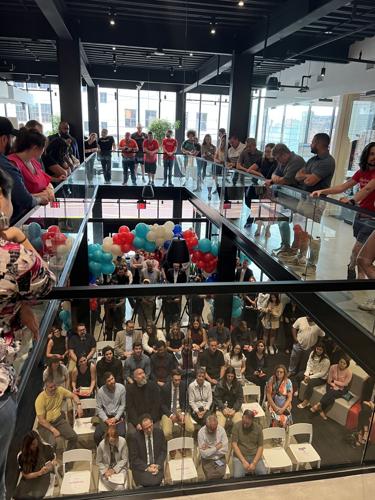 A crowd was on hand for Monday’s dedication of an expansion of Holberton Tulsa, a software engineering school. 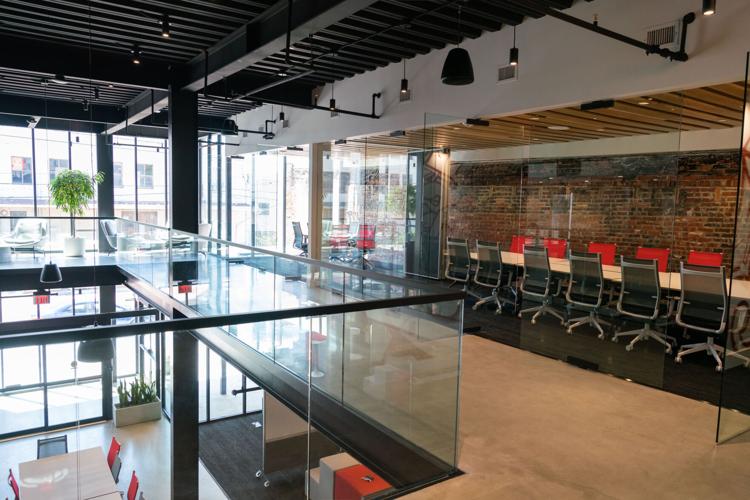 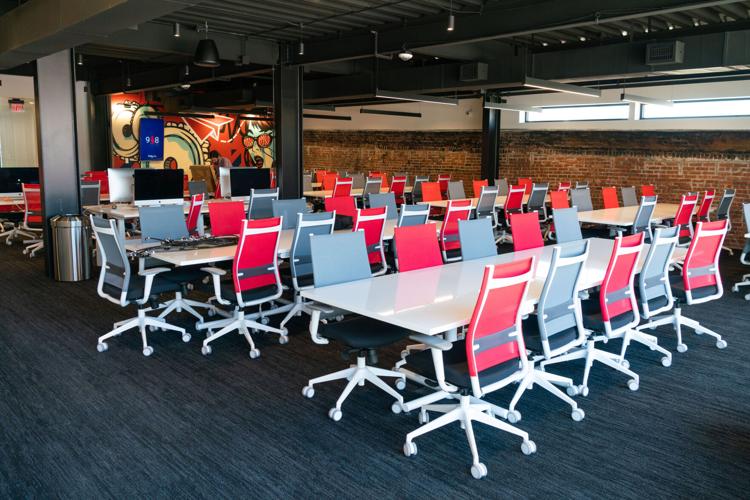 A local software engineering school this week celebrated a $5 million expansion that will nearly triple its size.

Holberton Tulsa on Monday dedicated an additional 17,000 square feet at a campus that opened in 2019 at 15 N. Cheyenne Ave. Brought to town by the George Kaiser Family Foundation, the institute now encompasses 26,000 square feet.

“The expansion will improve our ability to build and keep local tech talent,” Holberton Tulsa CEO Libby Ediger said. “More people will have an opportunity to experience Holberton’s innovative learning model that teaches students to think and learn like the best programmers and build professional development skills to support their long-term career growth.”

“Holberton Tulsa is helping turn our city into a tech-driven hub for technologists and entrepreneurs,” he said. “I want to thank Holberton for this historic investment in downtown Tulsa and for continuing to realize that one of Tulsa’s greatest assets are the people who are trained in our city for the jobs of tomorrow.”

“Tulsa’s supply of software developers is expected to increase 15% by 2026, making it the fastest-growing occupation on the aggregate, earning an average salary of more than $50,000 a year,” said Patrick Hosford, partnerships and research analyst for inTulsa.

Holberton Tulsa is enrolling on average 100 students a year and with its expansion expects to train five times that many in the coming years.

“Oklahoma continues to move forward with our investment in innovation and new technologies, in order to diversify our economy,” said Elizabeth Hutt Pollard, Oklahoma secretary of science and innovation. “These efforts require a workforce skilled in the many technologies related to aerospace, autonomous and defense, biotechnology and life sciences and energy diversification.

“Each of those areas will need the software engineering professionals produced by Holberton. Oklahoma is proud to have Holberton in Tulsa and excited about this new expansion and the many students that will benefit from the education they receive here.”

Best in the World 2022 winners presented by the Tulsa World

Here is the complete list of winners for the 2022 Best in the World Contest, presented by the Tulsa World.

People posting a selfie to social media can be entered in a giveaway for a free trip to NYC.

The would-be, 11-story headquarters for WPX Energy became Devon's Energy's property after it acquired the company during construction.

The defendant in the federal lawsuit, Nautilus Hyosung America Inc., told the Tulsa World in an email that the "allegations made regarding the security of its ATMs are false."

He is David Jeter, who has spent 18 years with the company.

Emerging Fuels Technology, based in Tulsa, was established in 2007.

A crowd was on hand for Monday’s dedication of an expansion of Holberton Tulsa, a software engineering school.