US downs Chinese balloon over ocean, moves to recover debris 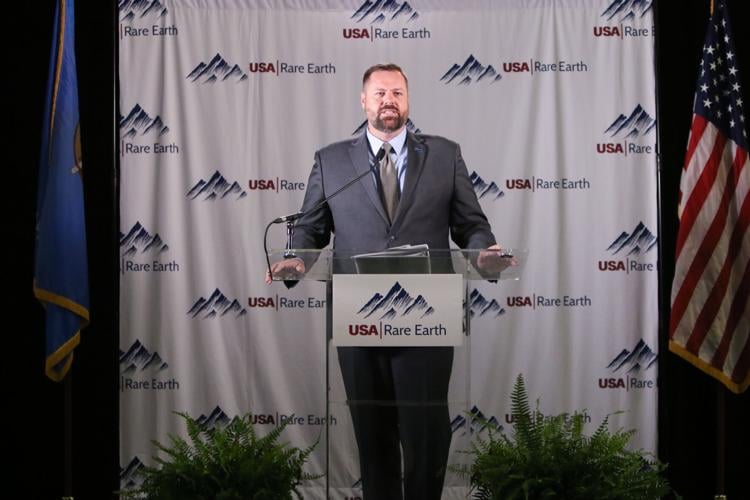 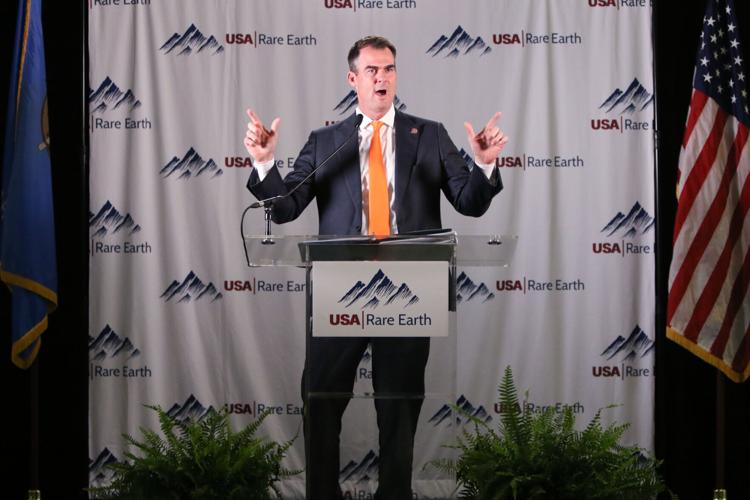 “This is truly a once-in-a-generation announcement for our city, for our state, for our country,” Gov. Kevin Stitt said Thursday. 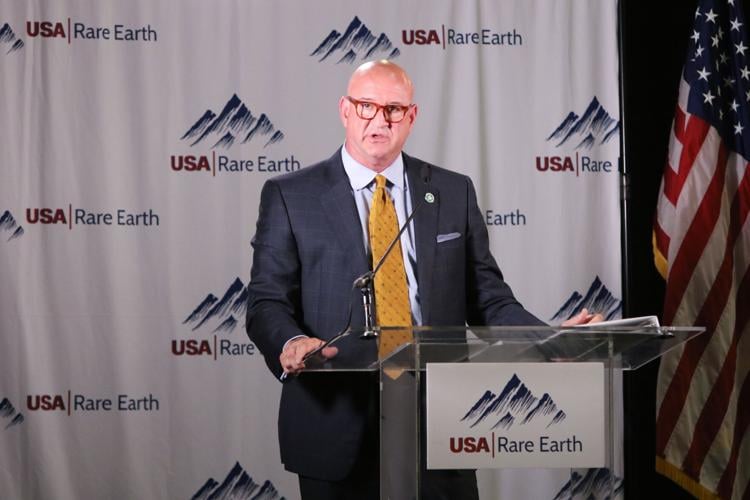 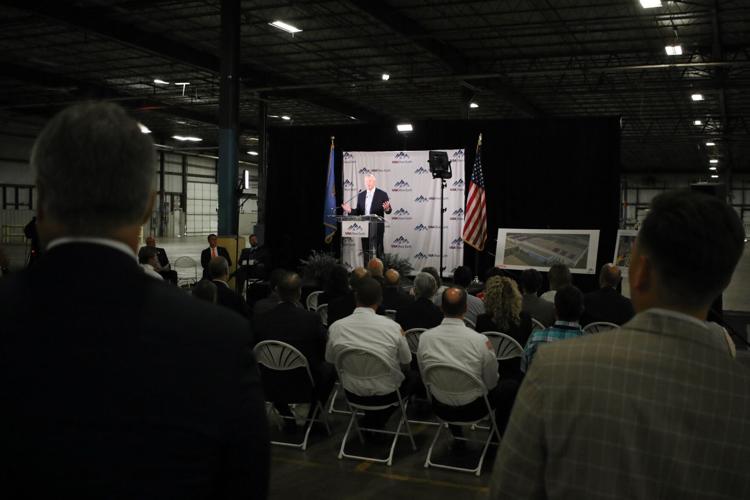 STILLWATER — Oklahoma soon will be home to a rare earth metal and manufacturing facility.

USA Rare Earth LLC announced Thursday that it plans to invest $100 million into a Stillwater plant that will convert rare earth oxides into metals, magnets and other specialty materials that can be used in such things as electric vehicles, mobile electronic devices and military hardware.

USA Rare Earth, which controls and operates the Round Top Heavy Rare Earth, Lithium and Critical Minerals Project in Hudspeth County, Texas, is expected to start production in Oklahoma in 2023, creating at least 100 jobs at an average salary of between $50,000 to $60,000.

“This is truly a once-in-a-generation announcement for our city, for our state, for our country,” Gov. Kevin Stitt said Thursday at a news conference at the proposed facility. “… The magnets that will be manufactured here are going to be used in all of our everyday lives: medical devices, imaging machines, smart phones.”

China controls 90% of the world’s rare earth minerals, he said.

“… This is a huge win for the state of Oklahoma, but it’s also, I believe, a huge win for our country, as well. Now, the United States can stop relying on China for these resources and start counting on Oklahoma ... If you think about it, it doesn’t make sense for our Army, our Navy, our Marines to rely on China for our defense technologies. It’s dangerous for our security.”

Rare earth elements — minerals essential for producing permanent magnets, catalysts, rechargeable batteries and LED lights and displays — are found across the globe, but deposits containing economically usable concentrations are less common. For example, the United States in 2020 imported 100% of its usable rare earth compounds and metals, with 80% of those coming from China.

USA Rare Earth owns an 80% equity interest in the Round Top Mountain deposit in Hudspeth County.

The company considered more than 50 sites in eight states before deciding on Stillwater, USA Rare Earth President Thayer Smith said. Rare Earth will refurbish a 309,000-square-foot facility built by World Color Press in the 1970s and later purchased by an energy company, said Justin Minges, president and CEO of the Stillwater Chamber of Commerce.

“This will be the epicenter and the hub for building this resilient supply chain,” Smith said “… Really what made the difference was the people here. I want to commend you for the teams that you built.

“It was absolutely refreshing to come to the state to see how wide you are, how you work seamlessly from the state to the city and also the federal level. It’s really is incredible to have seen that and worked through that first-hand.”

Ken Wagner is Secretary of Energy and Environment for the state of Oklahoma.

“To increase national security, the U.S. must secure a domestic, reliable and sustainable supply of critical rare earth elements,” he said in a statement. “Oklahoma is perfectly positioned to help lead the way as the U.S. seeks energy independence and less reliance on foreign materials from countries who do not share our values.”

In addition to national defense, rare earth elements are behind many of Oklahoma’s core economic drivers, including the aerospace, technology, automotive and advanced manufacturing industries.

Canoo, an electric vehicle start-up company, last year announced plans to provide at least 1,500 jobs by building a 3-million-plus-square-foot factory at MidAmerica Industrial Park in Pryor. The state also is in contention for a mega-plant that makes batteries for electric vehicles.

“Because of the electric vehicle trend, demand for these products is going to grow about 300% over the next 10 years,” Smith said. “So, it is really incumbent upon us to build a facility like this to be able to have a domestic, secure supply chain.”

Stitt added: “We’re leaning into into heavy electric vehicle manufacturing, electric vehicle batteries, magnets because we know where the industry’s moving. I want Oklahoma to be on the leading edge of that. If we can plant our flag early with this industry, we can create a workforce cluster so the next ones will also come to Oklahoma.”

In 2020, USA Rare Earth acquired the only sintered, neo-magnet manufacturing equipment in the western hemisphere. The company plans to have the necessary operating permits for all metal, flake, and magnet operations in 2022 with initial production to commence the following year.

State leaders also noted having access to the state’s research institutions, including those at Stillwater-based OSU, will be vital to the project, providing research, development, innovation of critical rare earth elements and a strong workforce.

“The state of Oklahoma and the city of Stillwater offer a unique business, labor and operating environment for USA Rare Earth and will be a catalyst for economic development,” Stillwater Mayor Will Joyce said. “We are excited to work alongside USA Rare Earth, state and local leaders and our residents to solidify a healthy economy, productive workforce and vibrant community.”

Legacy Bank and Trust will establish a corporate office and full-service branch at the 222 North Detroit Avenue building.

Google named Laundris CEO Don Ward one of the top 30 Black founders in America in 2021.

"If you have a fully remote workforce over time, you don't have a culture that is sustainable," BOK Financial CEO's said, adding 100% in-perso…

"There has not been primary care medical on Greenwood in decades," developer Kajeer Yar said after Juno Medical, backed by investor Serena Wil…

“This is truly a once-in-a-generation announcement for our city, for our state, for our country,” Gov. Kevin Stitt said Thursday. 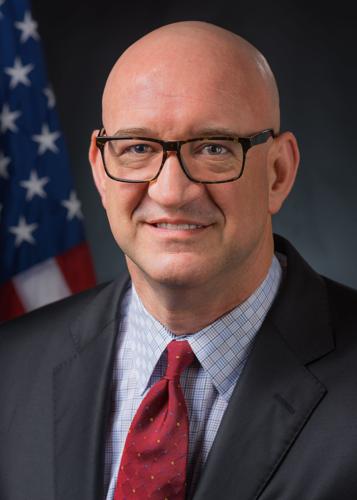