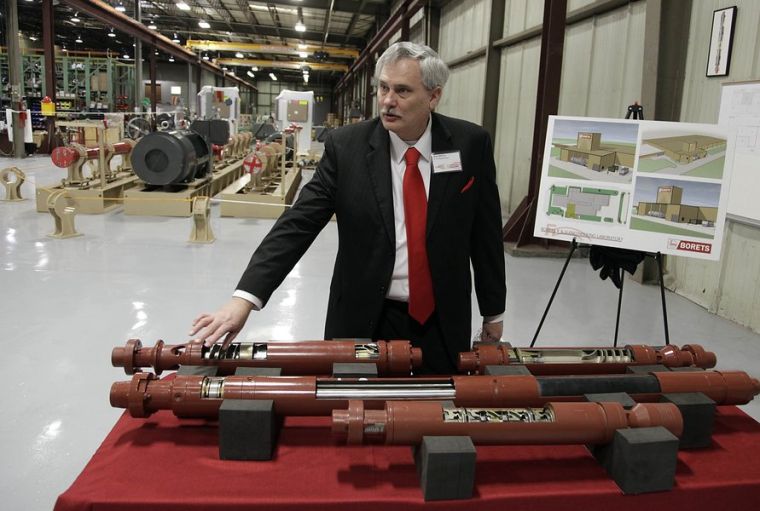 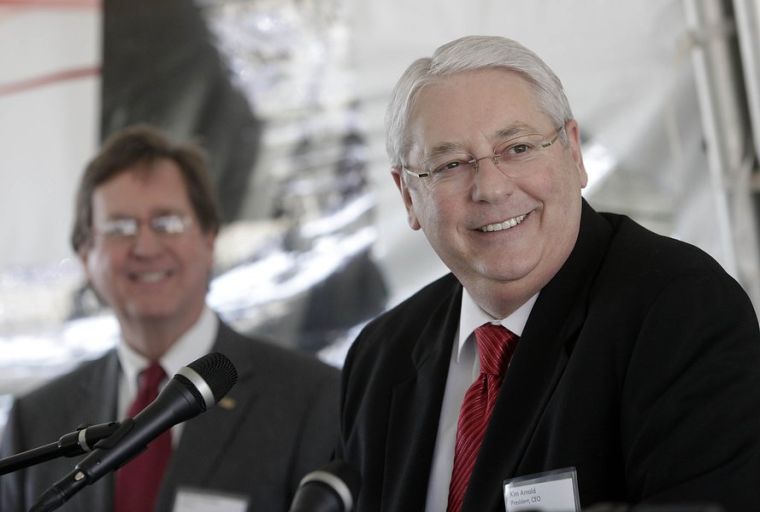 Local companies are major players in a vital industry

A big reason Borets-Weatherford moved its headquarters to Tulsa a few years back is that northeastern Oklahoma is the historical and tactical center of the electric submersible pump industry, company officials said Monday.

Borets-Weatherford U.S. Inc. is strengthening that commitment significantly, announcing plans for a 15,000-square-foot research and development lab to be completed by the end of this year. The facility will include two test wells to replicate field challenges for pumps that help move oil and gas up from geologic formations deep underground.

"Our dominance in the ESP business will be supported by our investment in research and development," Kim Arnold, CEO of the Russian company's North American subsidiary, said during a groundbreaking ceremony outside the headquarters at 1600 N. Garnett Road.

The local workforce is up to 90 and should increase by 30 over two years, Arnold said.

"One of our strategic goals is to double the size of our business in the next five years," he said.

Bert McCoy, Borets-Weatherford's vice president of engineering, recalled that Armais Arutunoff, the Russian who invented the electric submersible pump, moved to Bartlesville to start his company - then called Bart, later Reda Pump and now Schlumberger - in the early 20th century. He also noted that many suppliers and pump competitors operate in this region.

"This is the heart of the area where this technology was developed," McCoy said. "We've taken the technology a lot further."

Borets-Weatherford officials tout the permanent magnet motor as offering a 20 percent energy savings for customers. The testing lab will perform work with downhole pumps and horizontal systems that move oil and natural gas through pipelines.

"They're finding new ways of moving fluids up a hole," said Mayor Dewey Bartlett Jr., who attended the groundbreaking.

Seth Gilstrap, a Borets-Weatherford engineer who will help oversee the lab's construction, said the researchers previously had to leave the site to use test wells. The on-campus center will include both a motor test well and full-string test well, replicating field conditions up to 200 feet in length with flow rates as high as 85,000 barrels per day.

The goal is increasing horsepower and flow rates on products to meet growing U.S. and global oil and gas production needs, he said.