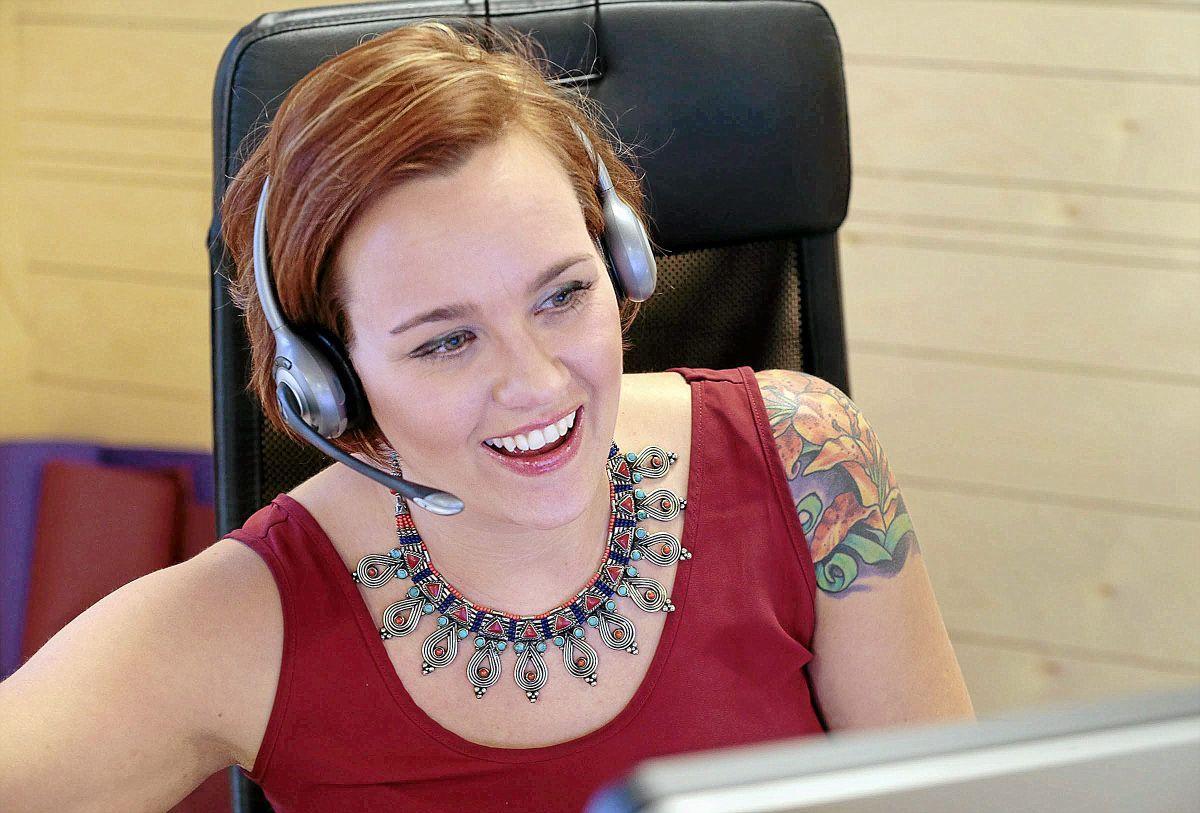 Dixie Agostino, founder and CEO of Switchgear Recruiting, works Tuesday in her office in downtown Tulsa. A decade ago, she always wore a jacket to cover her tattoo while meeting clients.  MICHAEL WYKE/Tulsa World 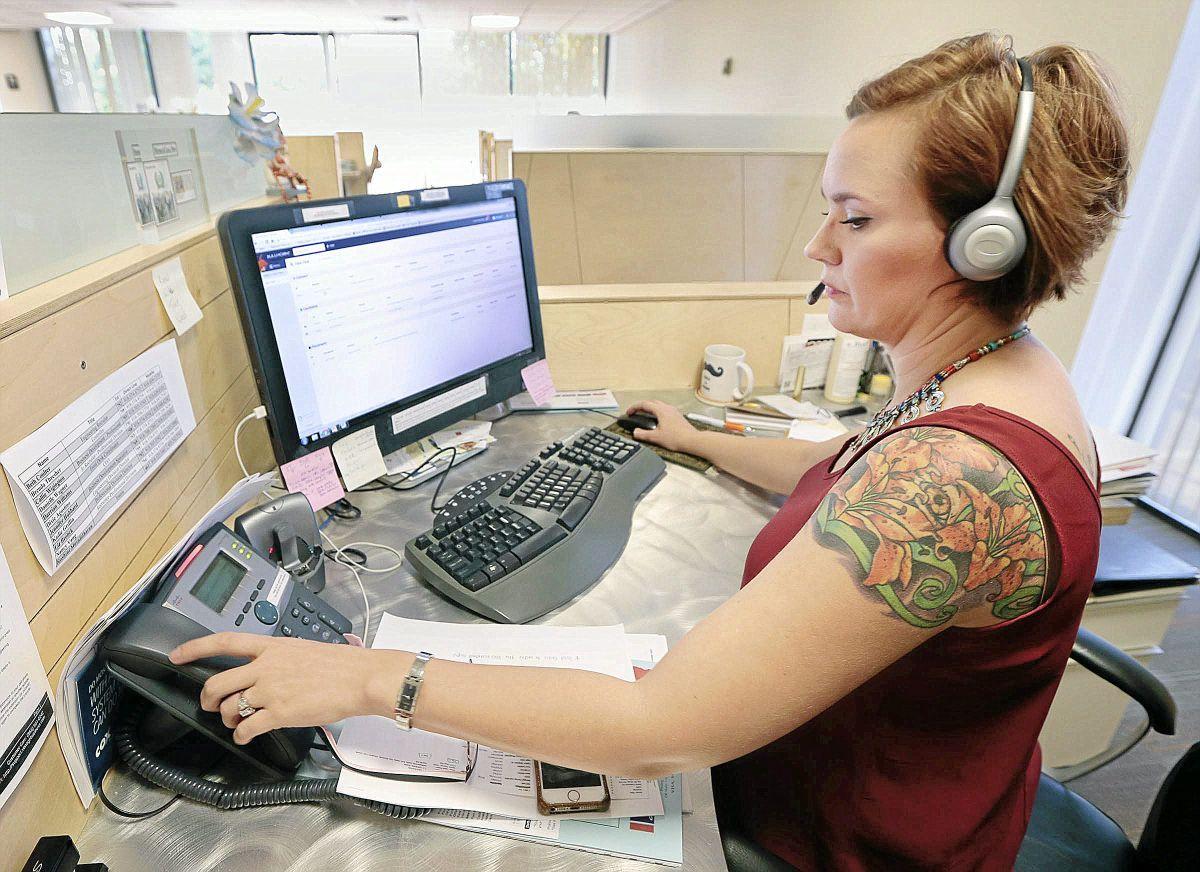 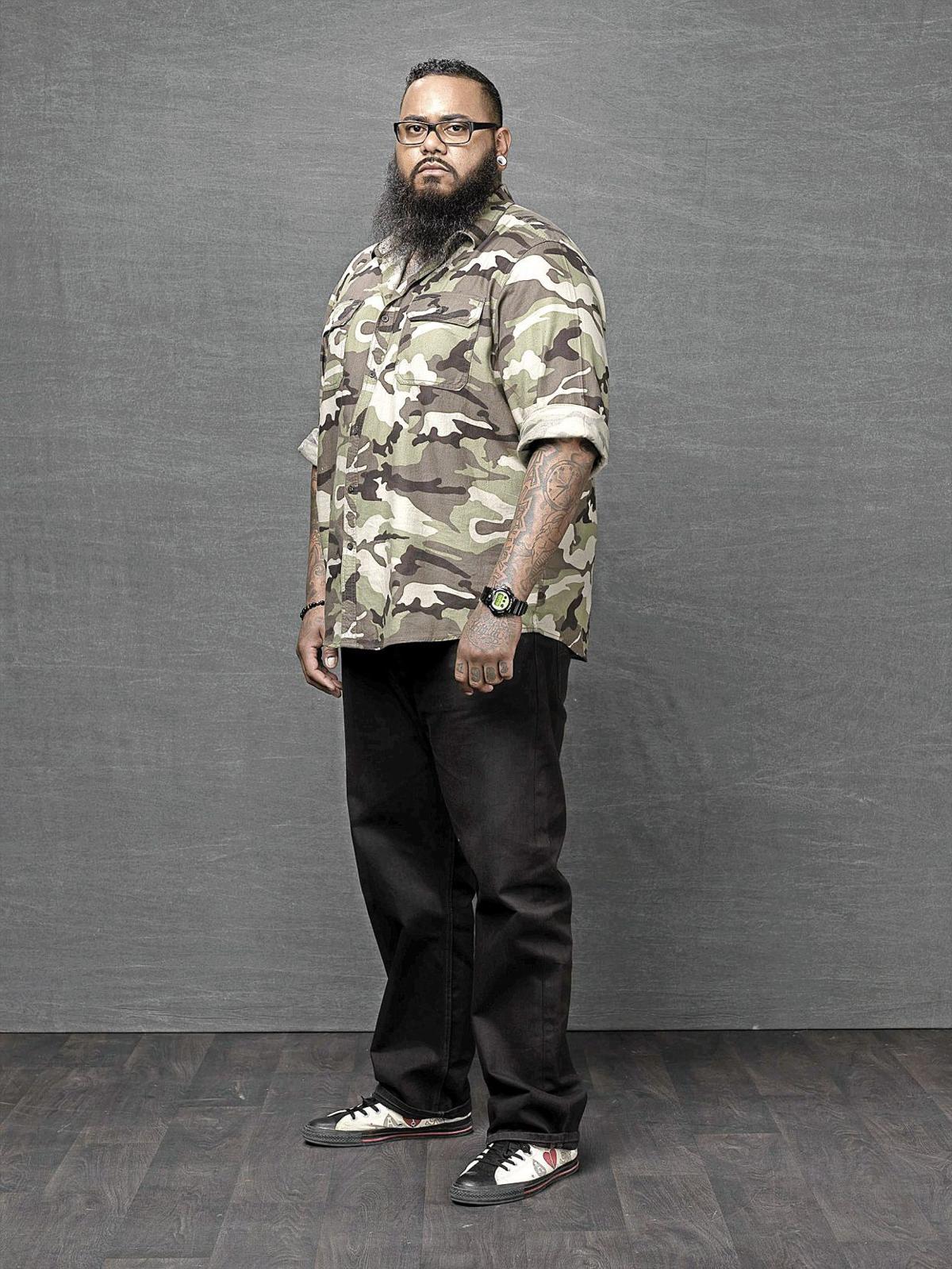 A decade ago, Dixie Agostino always wore a jacket to hide her tiger lily-covered shoulder. Now, her wardrobe depends on whom she’s interacting with and the weather.

Tulsa-area employers’ attitude toward tattoos have changed over the past 10 years, she said. That trend isn’t isolated to Green Country, either.

Many national retailers, such as Jimmy Johns and Starbucks, are allowing customer-facing employees to have tattoos instead of covering them up.

More people than ever have tattoos. Nearly 40 percent of millennials have tattoos, according to a 2010 Pew Research Center study. That generation is poised to become the largest in the workforce and the generation with the most purchasing power. To many of them, tattoos aren’t that big of a deal and employers seem to be taking notice.

But in Oklahoma, the explosion of visible tattoos came on the heels of legalization in 2006. The state was the last in the nation to legalize tattooing.

Since then, hundreds of tattoo artists have been licensed in the state. One of them, Tulsan Kito Talbert displayed his talent on Spike TV’s “Ink Masters.”

Bradley Brummel, an organizational psychology professor at the University of Tulsa, said visible tattoos trigger something different in people, and that feelings about tattoos as a whole have evolved since World War II.

He explained that tattoos were first seen on criminals returning from prison and soldiers returning home from war, so the body art became associated with a rough and tumble crowd.

Brummel said people used to think: “What kind of person would do that to themselves?”

“As more people got tattoos, people got to know people with tattoos that didn’t have those characteristics,” he said.

“It’s not surprising to see a tattoo anymore. You don’t have the same inferences, I think.”

While rock stars and professional athletes have sported them for years, tattoos have slowly been filtering into the traditional work environment.

Brummel said part of the reason for the public’s shift in tattoos is due to the NBA and the rise of stars such as Allen Iverson, who wore them as a form of expressive art and became a pop culture figure in his own right.

Some players in the NBA, such as Kevin Durant, have tattoos that can be covered by a basketball uniform for marketing purposes and project a clean-cut look, Brummel said.

Agostino, founder and CEO of Switchgear Recruiting, a head-hunting company that primarily recruits for financial and energy jobs, said relationships with people who have tattoos have influenced how others feel about them, including employers.

She said she expected to wear a jacket for her entire career, but now if she knows a client well enough, she’ll show off the flowers on her upper arm. But when meeting someone for the first time, she’ll usually wear a jacket, she said.

Heidi Hartman, principal at HR firm Luna Sol Consulting, said she gives employees the same advice she’s given her daughters: “Get it some place where you can cover it up.”

There are enough barriers to jobs, she said, that people don’t need to put more in their way.

Many employers still require workers to cover their body art while on the job.

Allowing visible tattoos in the workplace depends on how employers feel the tattoos are going to affect the interaction between employee and customer, Brummel said.

Agostino said employers are growing more relaxed about tattoos that can be covered but aren’t quite ready to accept face, neck and hand tattoos, which can’t be completely covered.

However, she thinks that will change in 20 years and people won’t care anymore.

How to advance your career . . . remotely

Today’s work world is undergoing unbelievably rapid shifts at speeds that would have been completely unpredictable just a year ago, but that’s often an aspect of change—we don’t always see it coming. But those who respond accordingly to it are best positioned to adjust effectively and find a successful path forward, even if that path […]

The post How to advance your career . . . remotely appeared first on TheJobNetwork.

Dixie Agostino, founder and CEO of Switchgear Recruiting, works Tuesday in her office in downtown Tulsa. A decade ago, she always wore a jacket to cover her tattoo while meeting clients.  MICHAEL WYKE/Tulsa World