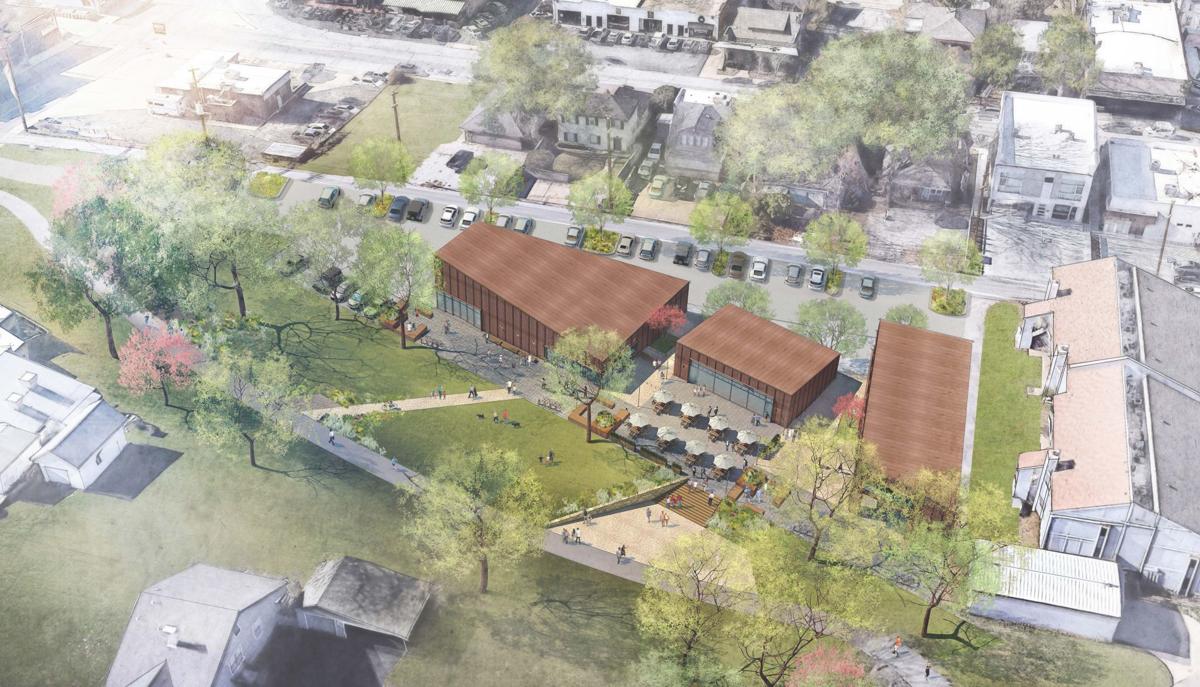 The Knoll at Maple Ridge, shown here in an architect’s rendering, would sit between Boston Avenue and the Midland Valley Trail, which runs to the Gathering Place and River Parks. Courtesy Lilly Architects 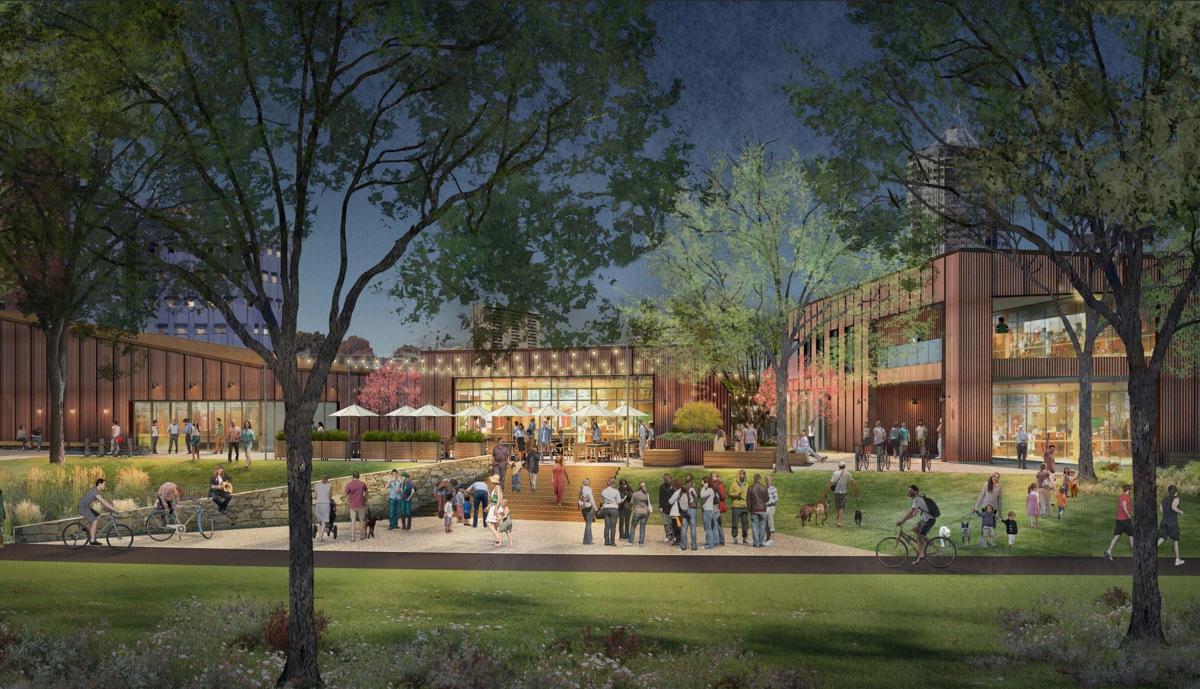 A group of investors is planning to pour about $4 million into The Knoll at Maple Ridge, a proposed restaurant-retail development at 18th Street and Boston Avenue. Courtesy Lilly Architects

A group of investors is planning to pour about $4 million into The Knoll at Maple Ridge, a proposed restaurant-retail development near 18th Street and Boston Avenue, developer Jack Allen said.

“I’m just in love with 18th and Boston,” said Allen, who fronts the investor group for the roughly 12,000-square-foot development proposed for the parking lot adjacent to the Mercury Lounge, which will remain. “I used to own other parts of it, as well.”

The project will have a large outdoor area that abuts the Midland Valley Trail, which runs through the Gathering Place, located about a mile to the south.

“Hopefully, we’ll get it all cleaned up and it will be really cool,” Allen said. “I actually imagine the landscaping looking a lot like the Gathering Place, kind of tying it in, so you can come off the trail.”

Construction on the project is scheduled to begin once Allen lands an anchor tenant, he said. Lilly Architects is designing the project.

Allen is co-owner with Pat Fox of Fox + Allen Realty, which is marketing the property.

The Knoll would sit close to commercial outlets such as Burn Co barbecue and American Solera Brewery.

“There’s a lot of cool things happening on 18th (Street),” Allen said. “I think you’re going to see over the next couple of years a vastly different area, although it’s already perfect because it’s situated between the neighborhoods, the parks and downtown. It’s a great spot.”

Allen envisions a friendly and active vibe for the spot, an “Austin-style” feel, he said.

“If you look at American Solera, look at all the bikes that go to that brewery,” he said. “We’re going to be very, very bike friendly. We want people to come off the trail, but we want people to drive there, too.”

American Airlines canceled hundreds of flights through at least mid-July as it strives to maintain service in the midst of massively increasing travel demand while the coronavirus pandemic continues to recede in the U.S.

'Beginning of a new wave': MidAmerica Industrial Park wants to capitalize on Canoo investment in Pryor

The investment by Canoo, a Los Angeles-based startup company, is among the largest ever made in the area, rivaling the $550 million American Airlines committed to its maintenance base in Tulsa in early 2020.

The projects are expected to be finished in the fall of 2022.

It is expected to cost the globe's auto sector $110 billion in revenue in 2021, according to New York-based consulting firm AlixPartners.

One Oklahoma county is tops in the vacation home market. It may not be where you expect

Vacation home sales soared the second half of last year — and so far this year — and Oklahoma has one of the top markets: Delaware County, where Grand Lake has long been a place to play and to live, at least part time.

Having a great credit score can have a major impact on your quality of life, but building a strong credit score can take years. Experian, one of the three credit reporting bureaus, wants to make it easier. Experian Boost is a free service that allows consumers to add additional data to their credit histories with […]

City of Tulsa building permits are unavailable due to the recent ransomware attack on city computers.

Prices for building materials have risen to levels never seen before, and contractors are backed up.

The Knoll at Maple Ridge, shown here in an architect’s rendering, would sit between Boston Avenue and the Midland Valley Trail, which runs to the Gathering Place and River Parks. Courtesy Lilly Architects

A group of investors is planning to pour about $4 million into The Knoll at Maple Ridge, a proposed restaurant-retail development at 18th Street and Boston Avenue. Courtesy Lilly Architects