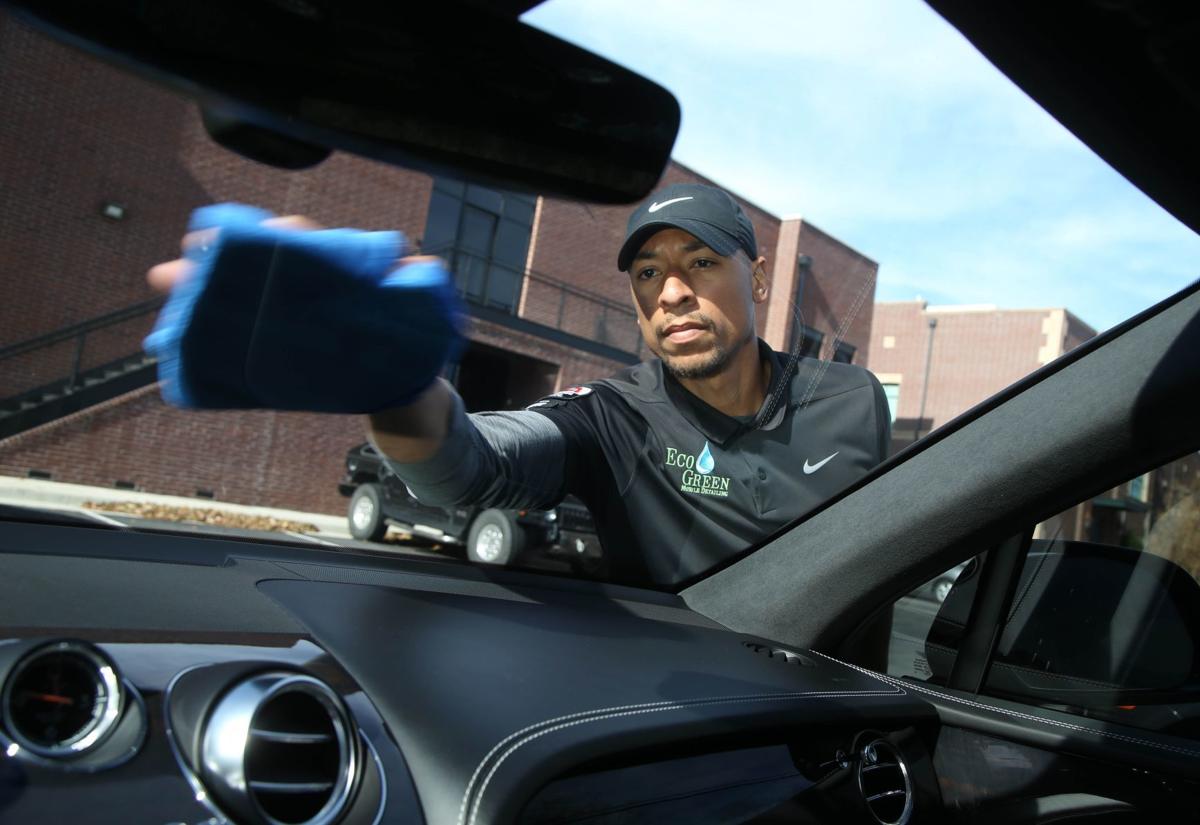 DJ Patterson, the founder of EcoGreen Mobile Detailing, cleans a client’s car at an office park in Tulsa on Wednesday. MATT BARNARD/Tulsa World 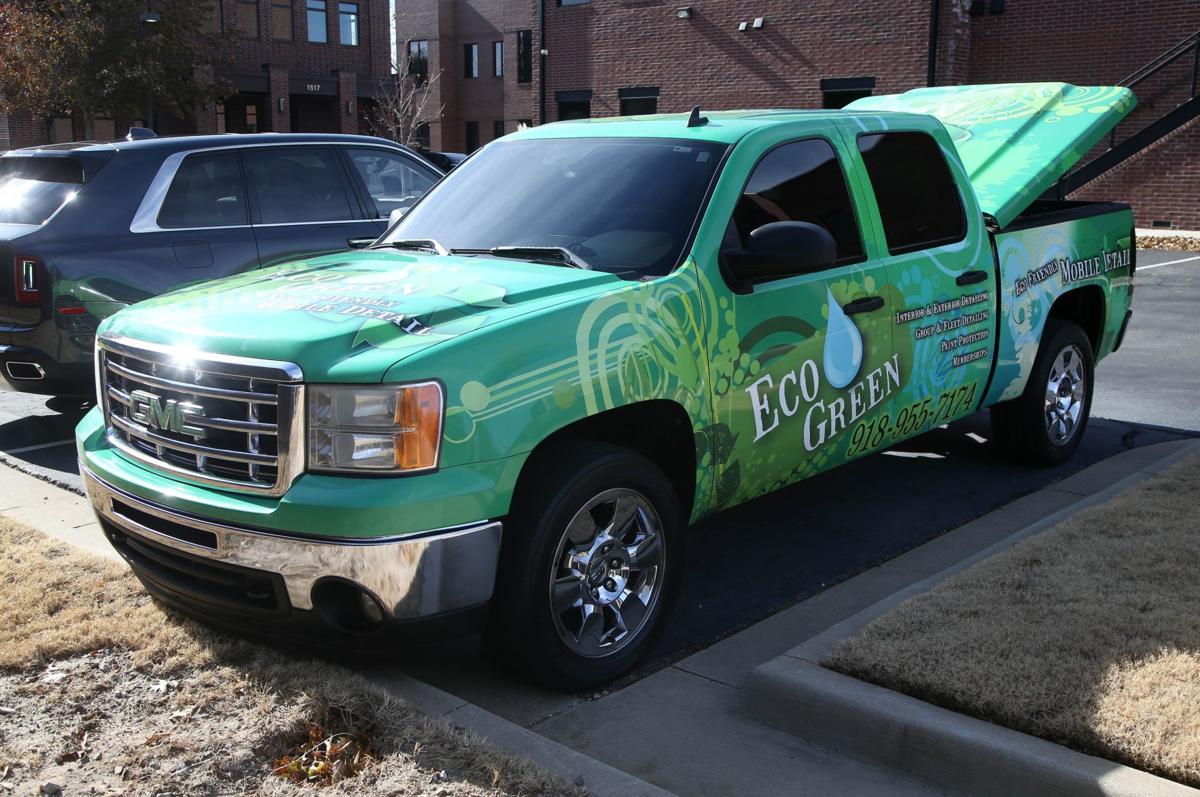 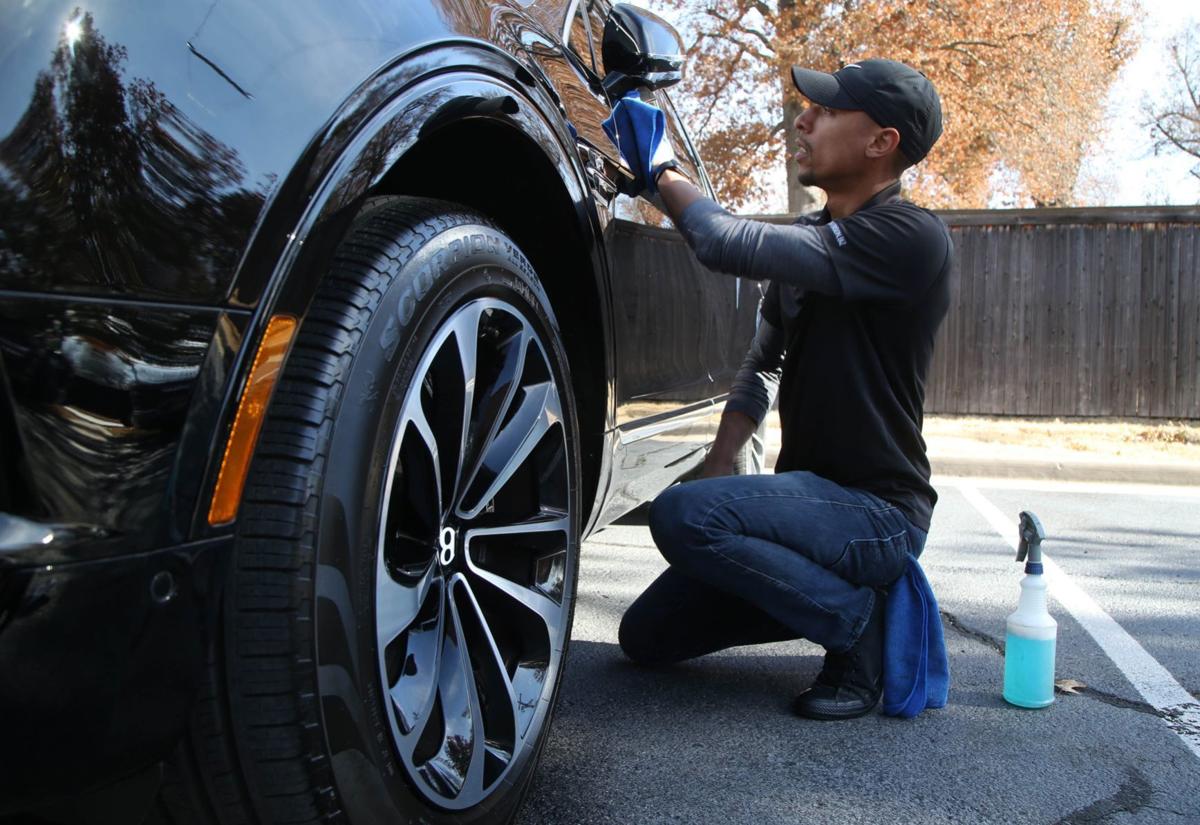 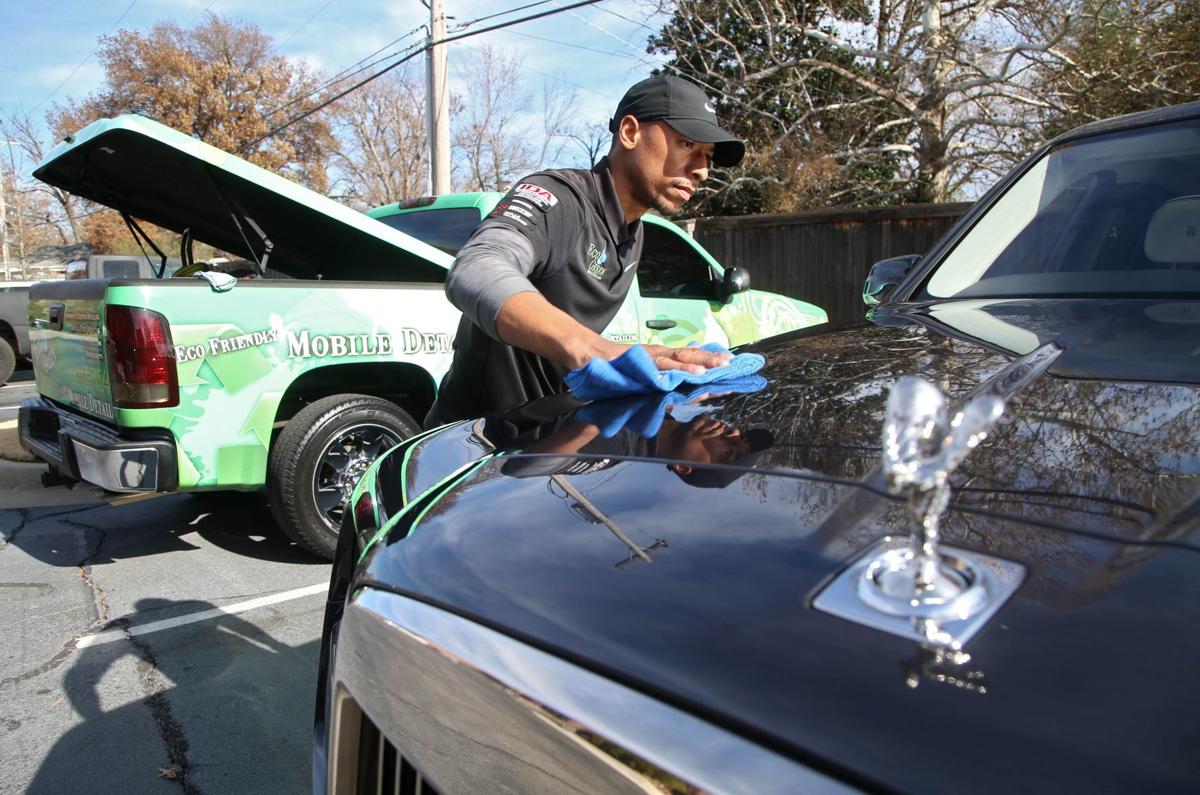 D.J. Patterson started working at a car wash and detailing shop at age 15.

Several years later and armed with a water-less way to clean vehicles, he branched out on his own.

“It was very scary,” he said. “I started in the wintertime and I regretted it immediately. I had a nice apartment in south Tulsa and I had to move back in with my parents.

“I had five guaranteed clients and they were paying 60 bucks per car every two weeks. You do the math. There wasn’t too much money involved, whatsoever.”

From that modest beginning — “I just stuck with it.” — Patterson has forged a name for himself locally and globally since founding EcoGreen Mobile Detailing in 2010 in Tulsa.

Two years ago, he received the Entrepreneurial Success Award from the Oklahoma office of the U.S. Small Business Administration. Now, he is vice president on the board of directors of the International Detailing Association.

“People think of detailers as bucket, sponge, water,” said Patterson, who is certified in auto detailing and reconditioning from the International Detailing Association, Smart Detailing University and Elite Esoteric Detailer Academy. “I wanted to help legitimize the industry as a whole, not just here in the states but internationally, as well. I really bought into that vision.”

Patterson’s business uses a cleaning solution saves about 100 gallons of water when compared to a traditional car wash, eliminating runoff into streams and rivers. From the outset, he sought to build a brand by tapping into the environmental side of the venture, calling attention to the water-less aspect of it.

“In Oklahoma, if you’re saying you’re water-less and you want to wash their vehicles, there is a lot of skepticism,” Patterson said. “Every time we talked to a client, we had to get over that hurdle.

“So I stripped the wrap off the truck and trashed the business cards and we became Eco Green Mobile Detailing … Ten years later, people are requesting to buy the product from us now and requesting to use it on their personal vehicle.”

Traveling to customers’ home or business, Patterson now has four mobile units and a staff from five to 12 people, depending on the season. His business partner is his wife and former high school sweetheart, Aisha. The pair have three children and a fourth on the way.

“A lot of people said I couldn’t do it,” he said of becoming an entrepreneur. “That just fueled me to keep on pushing forward.”

Among his long-time backers is Amy Bates, who founded the house cleaning service Merry Maids of Oklahoma in 1998. One of his early clients, she has watched in awe as his business acumen has evolved.

“D.J. was just an impressive young man,” she said. “I like watching people start something and grow it and be serious about it and dig in and have a quest for knowledge. That is exciting for me.”

The Tulsa-based convenience store chain will assist teachers who have posted their lists on DonorsChoose.org and fulfill the remaining amount needed to complete the request.

DJ Patterson, the founder of EcoGreen Mobile Detailing, cleans a client’s car at an office park in Tulsa on Wednesday. MATT BARNARD/Tulsa World