Cushing: The pipeline crossroads of the world
0 Comments
Share this
{{featured_button_text}}
1 of 15 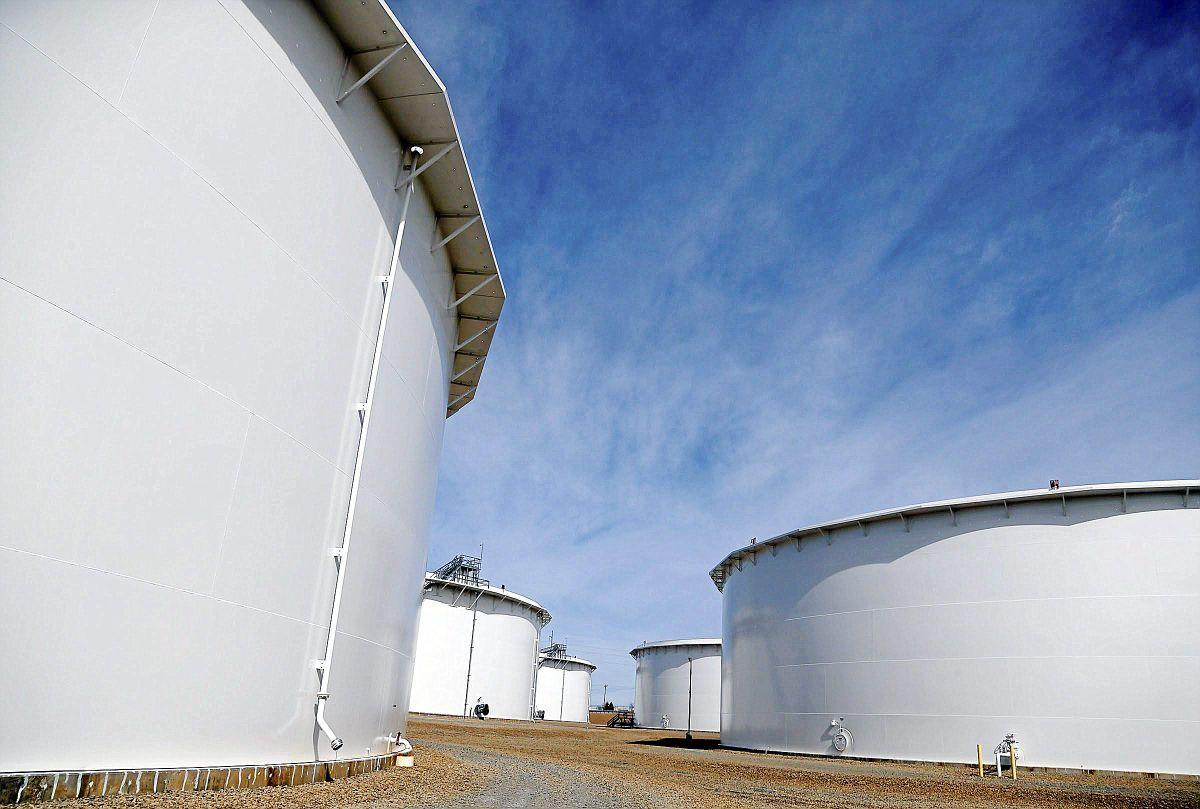 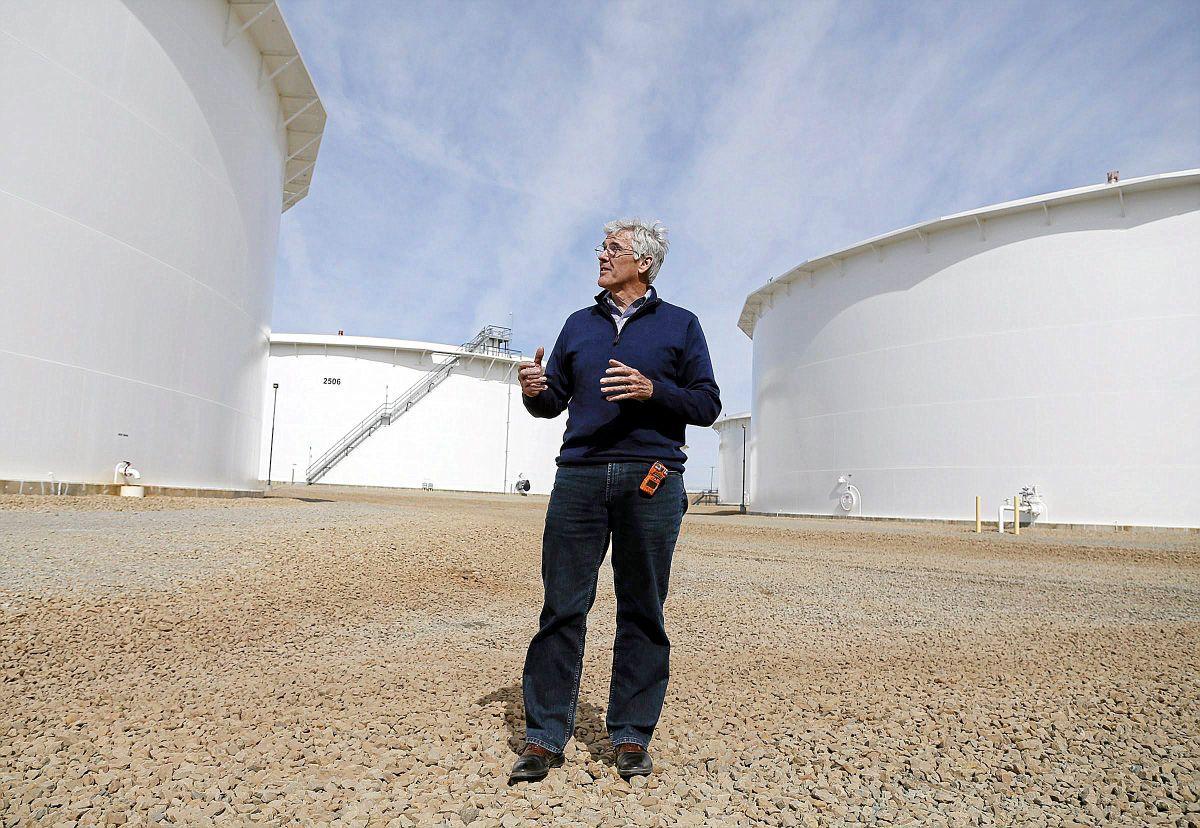 Bruce Heine the director of Government and Media Affairs talks about Magellan as he stands near 250,000 barrel oil tanks lined up at a tank farm at Magellan Midstream Partners in Cushing, OK, February 16, 2016. STEPHEN PINGRY/Tulsa World 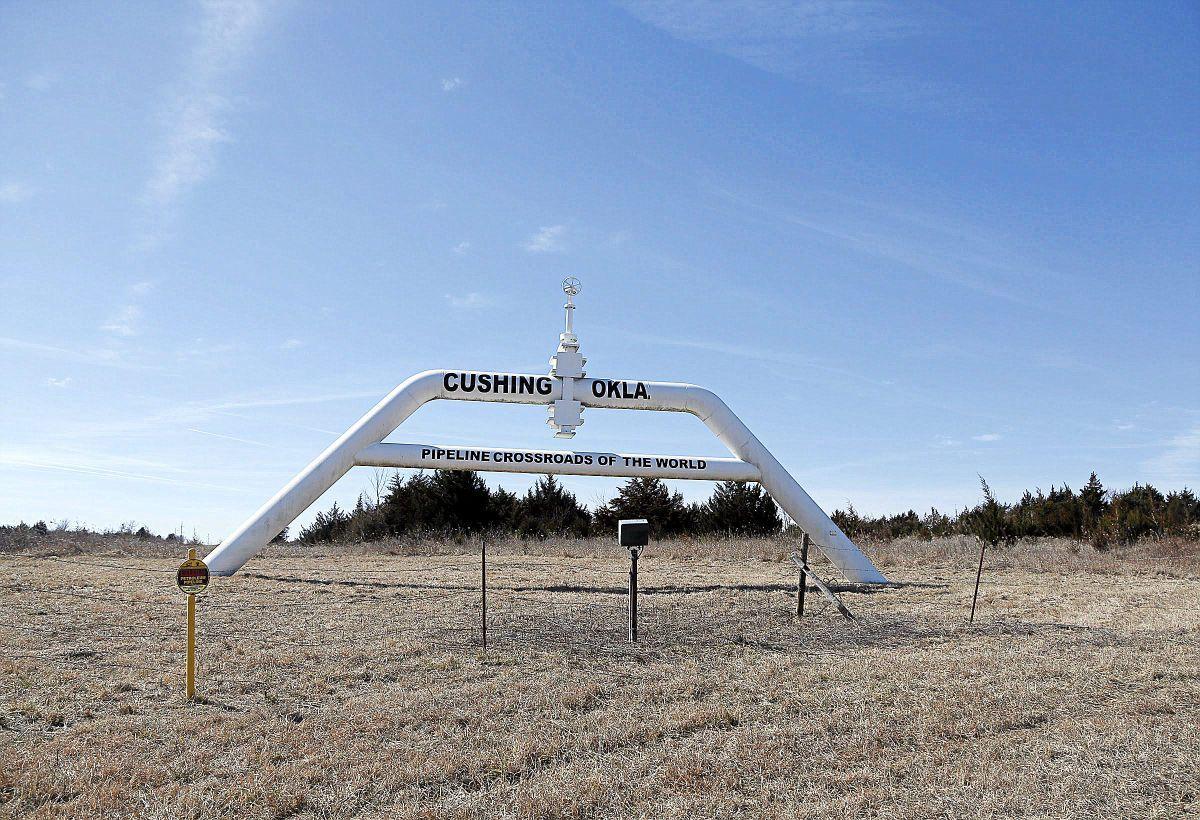 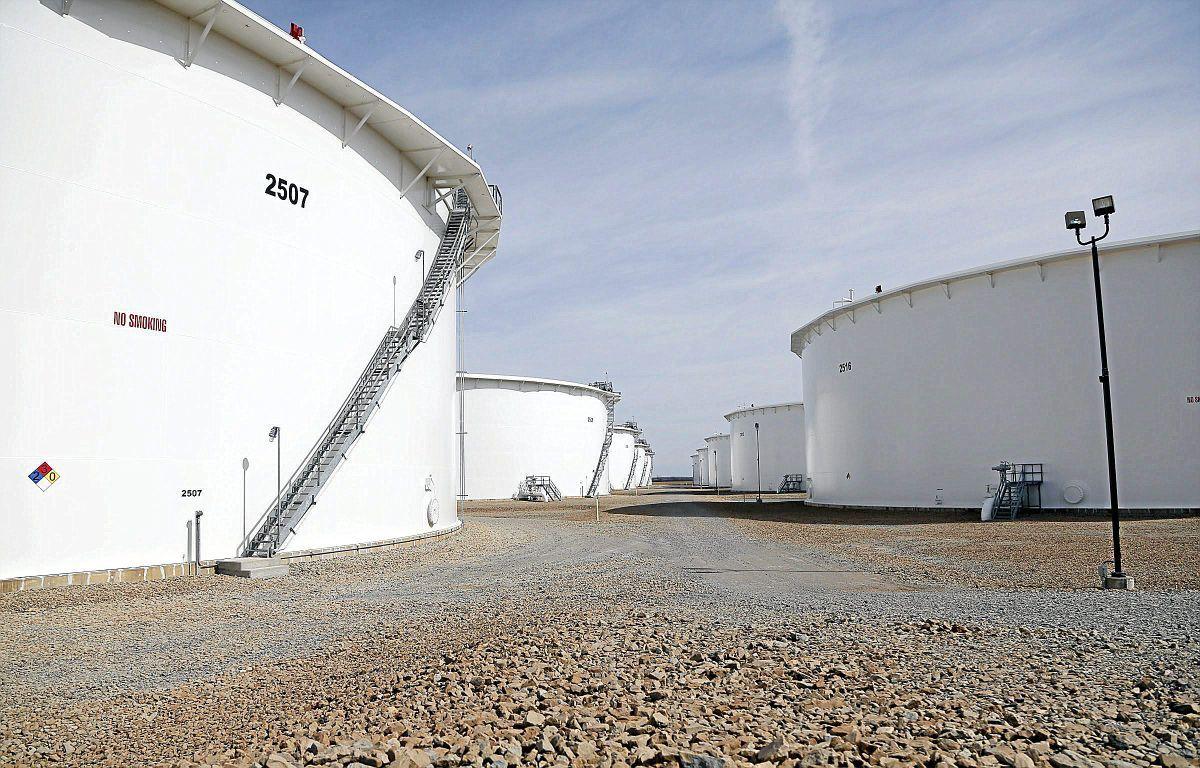 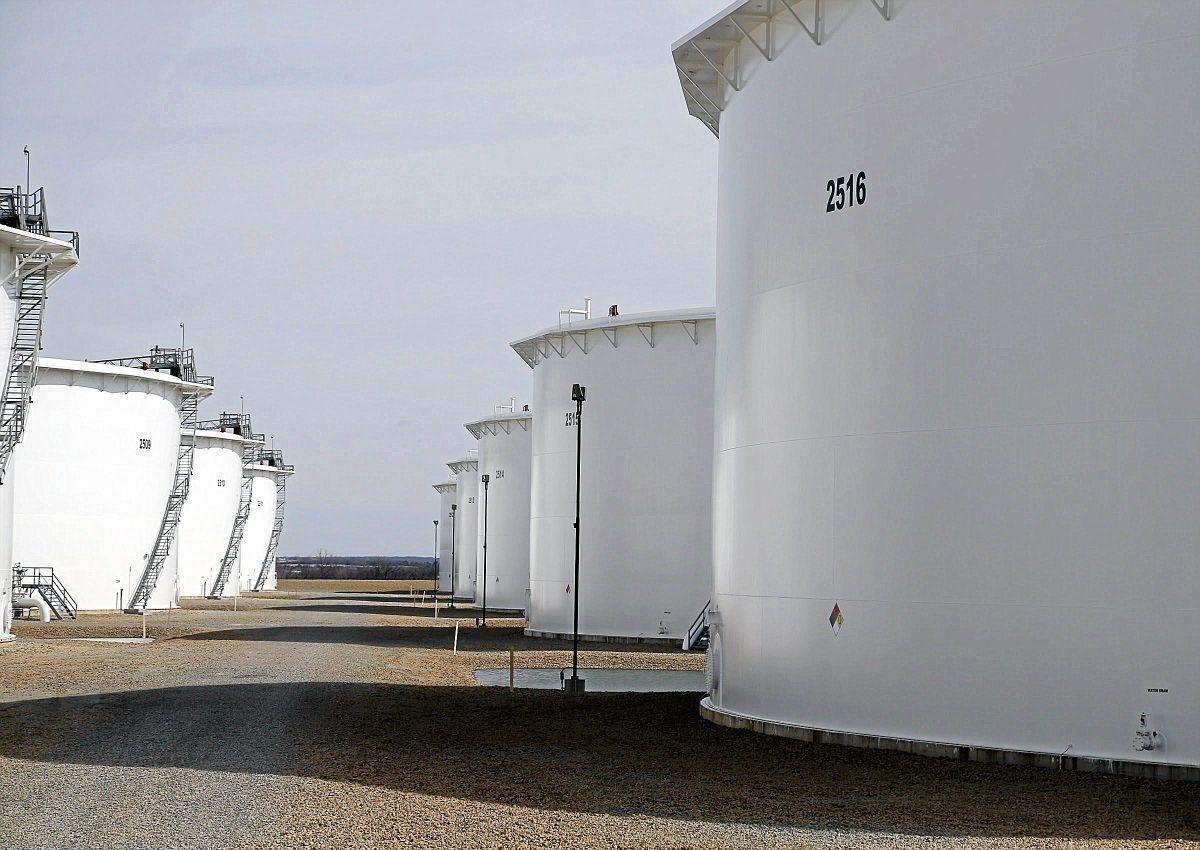 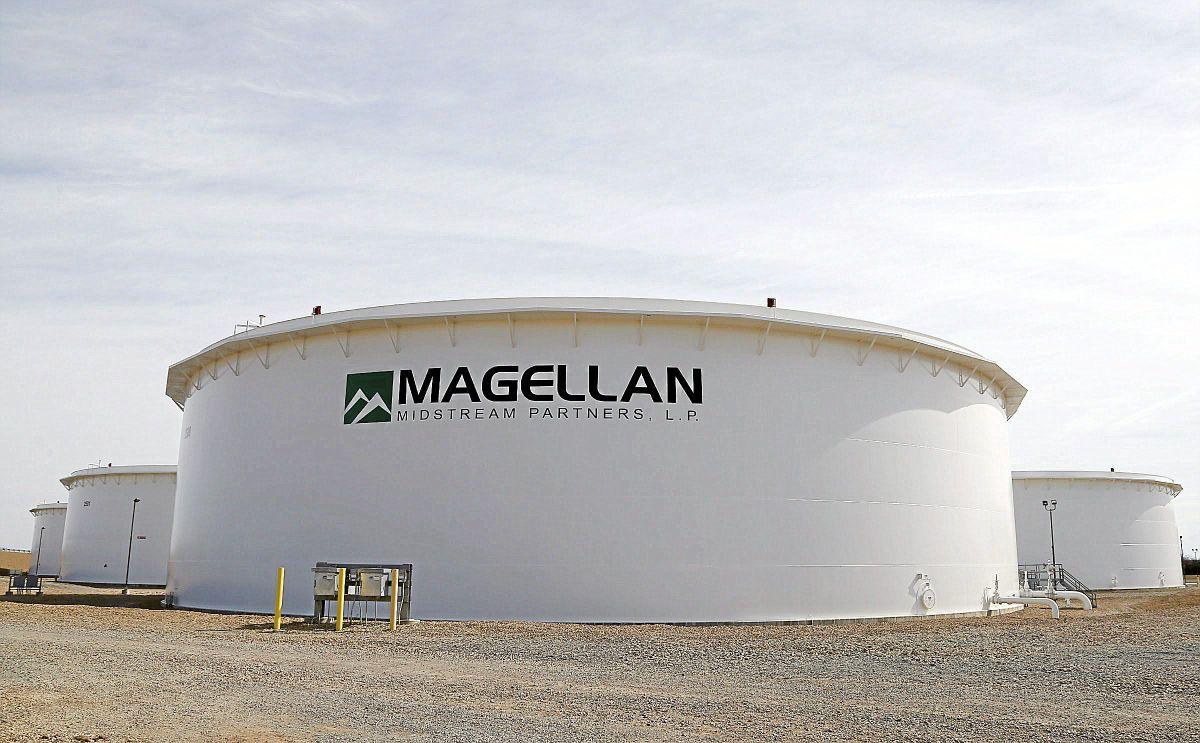 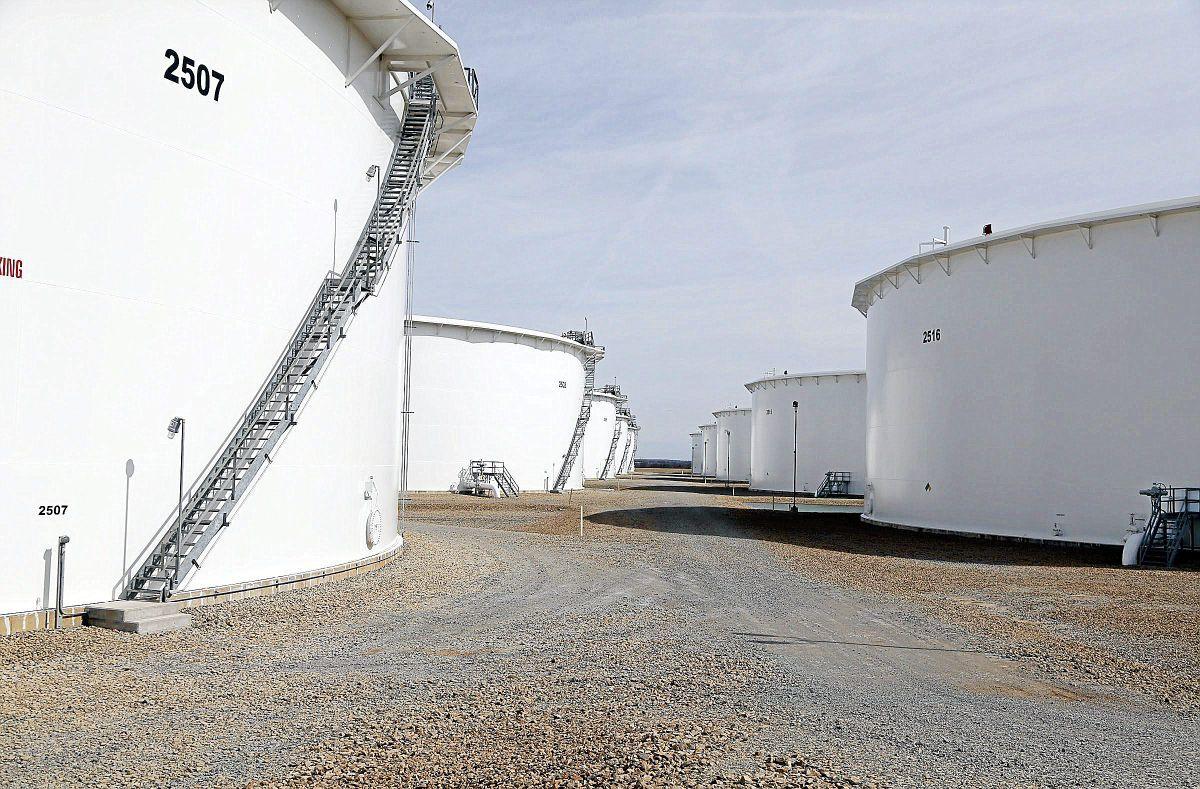 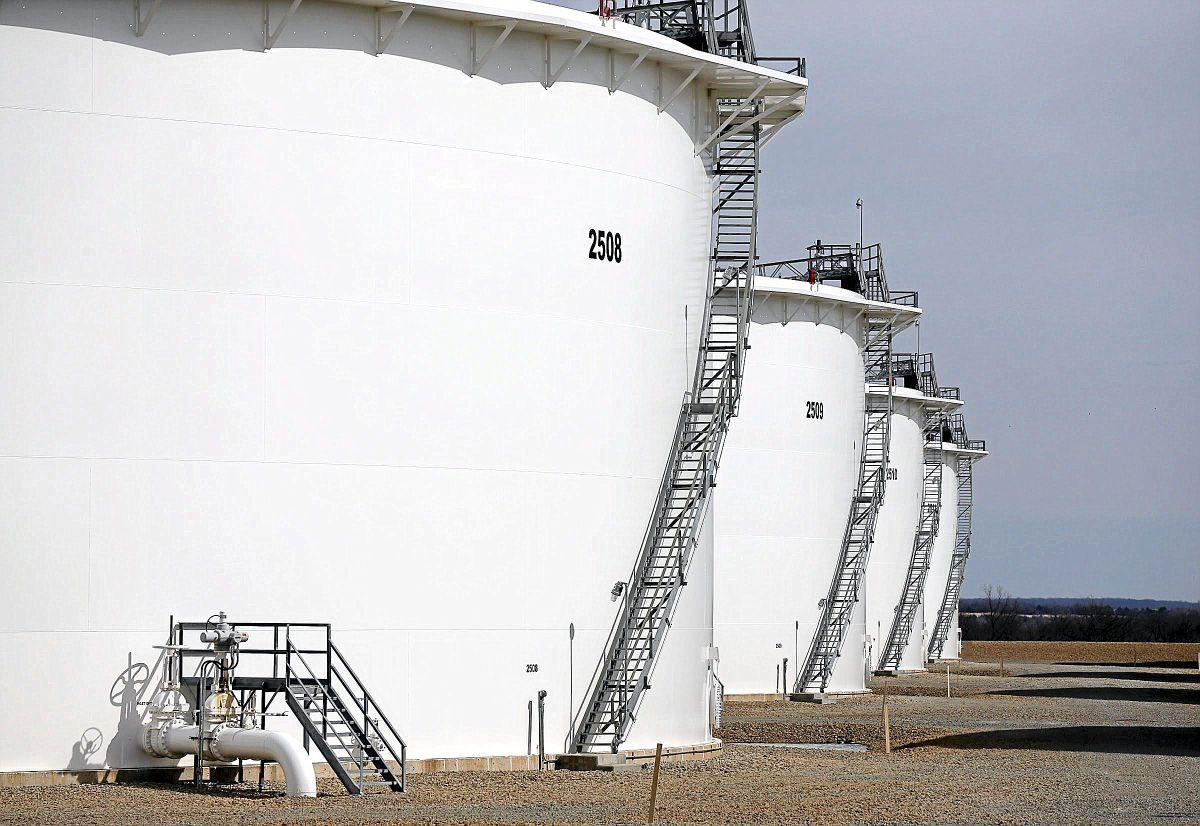 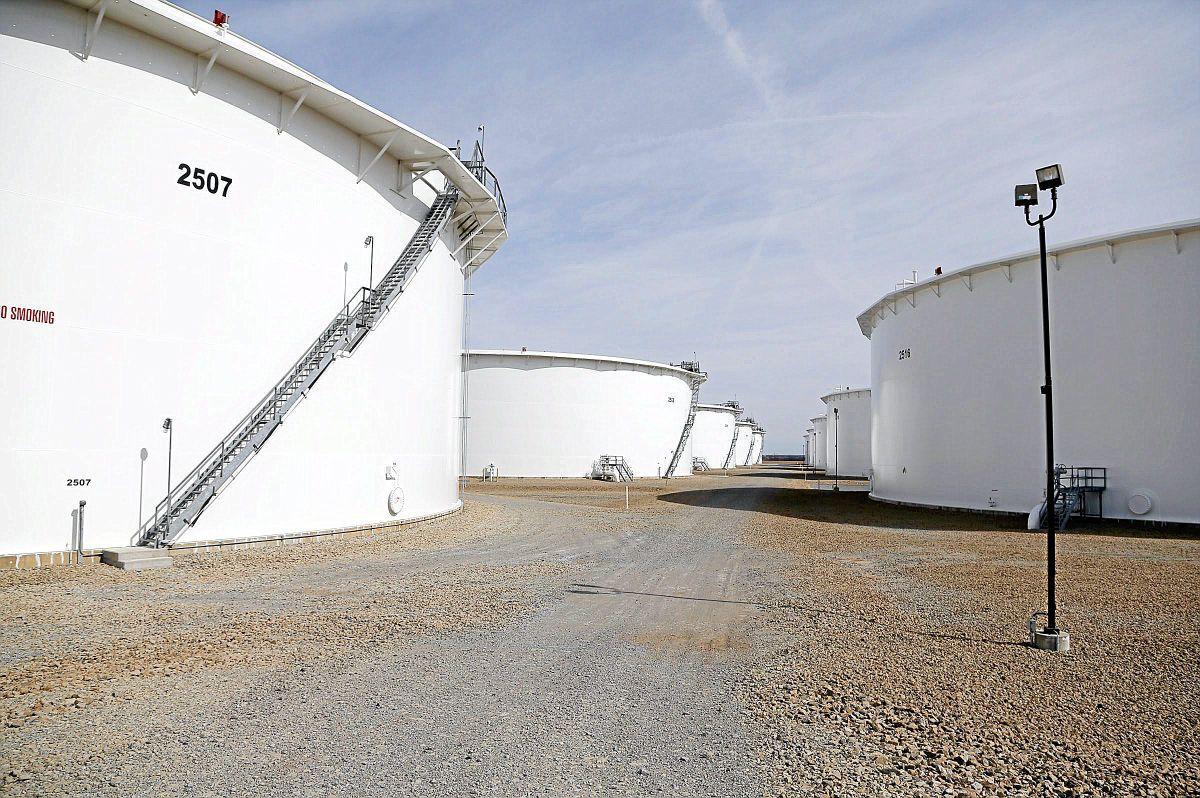 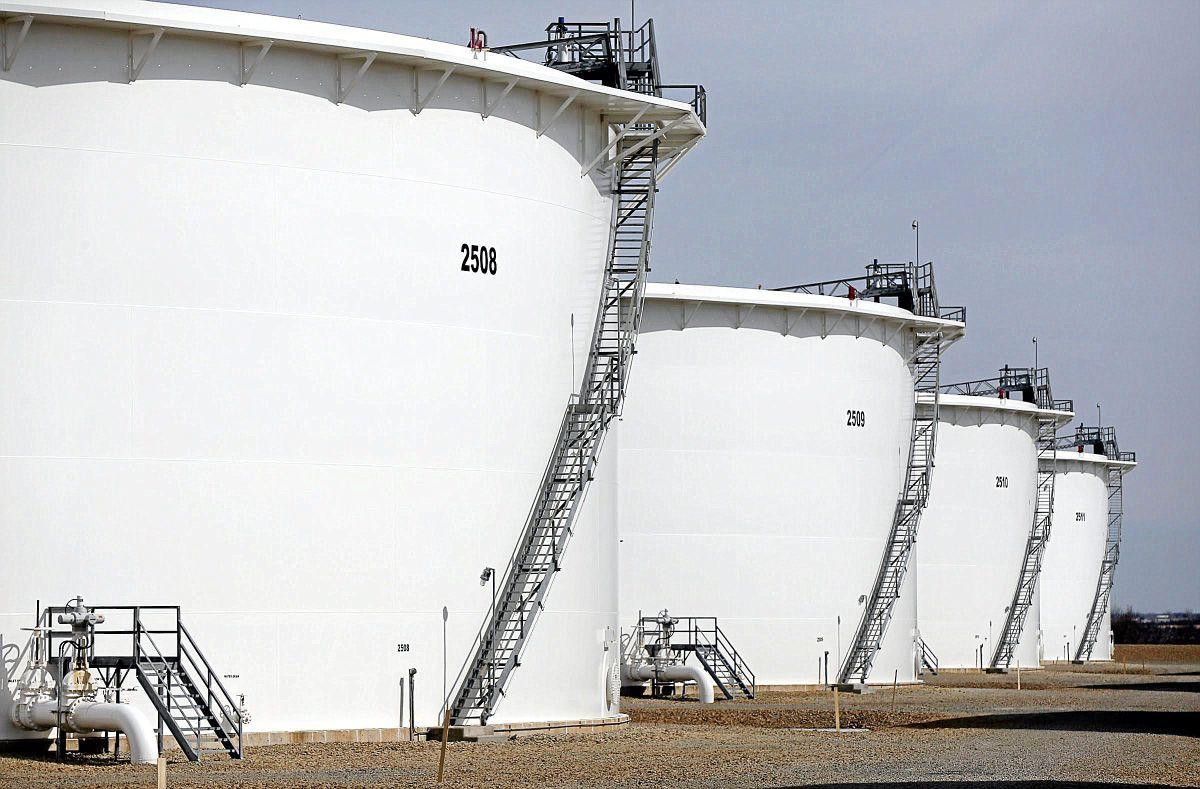 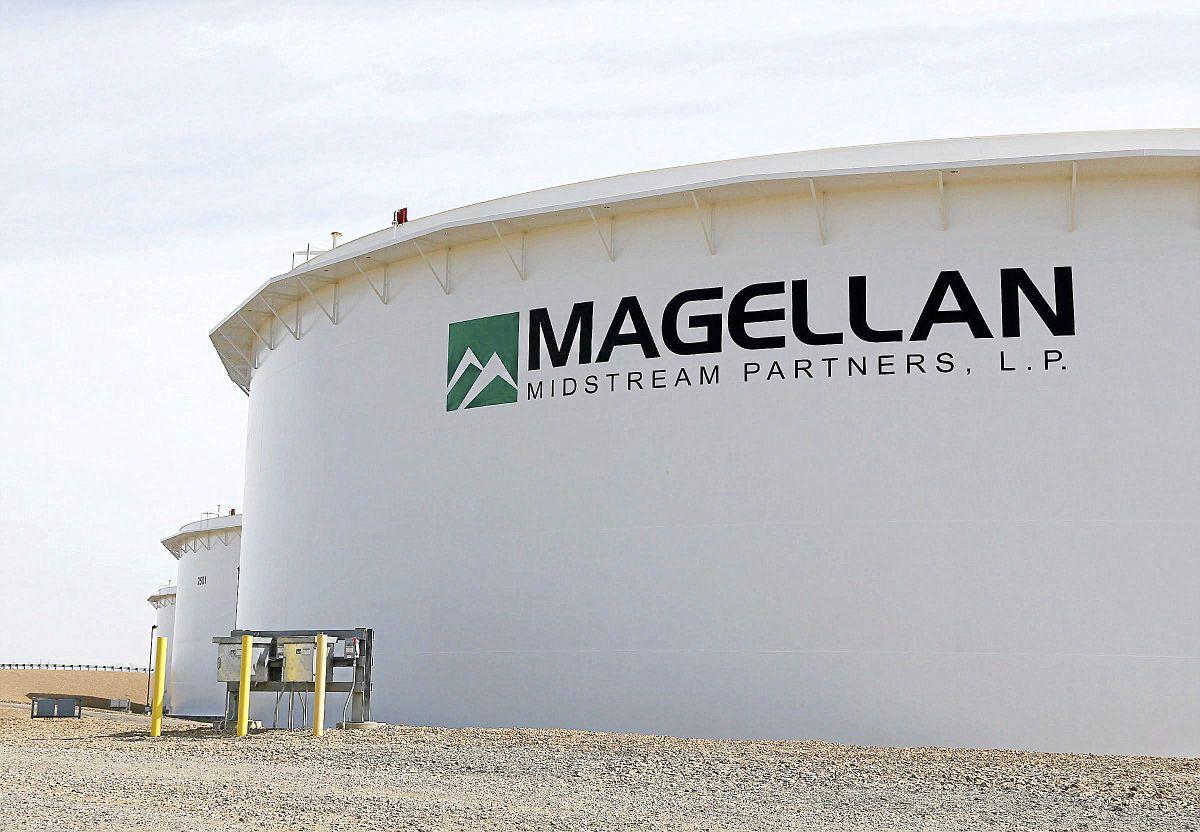 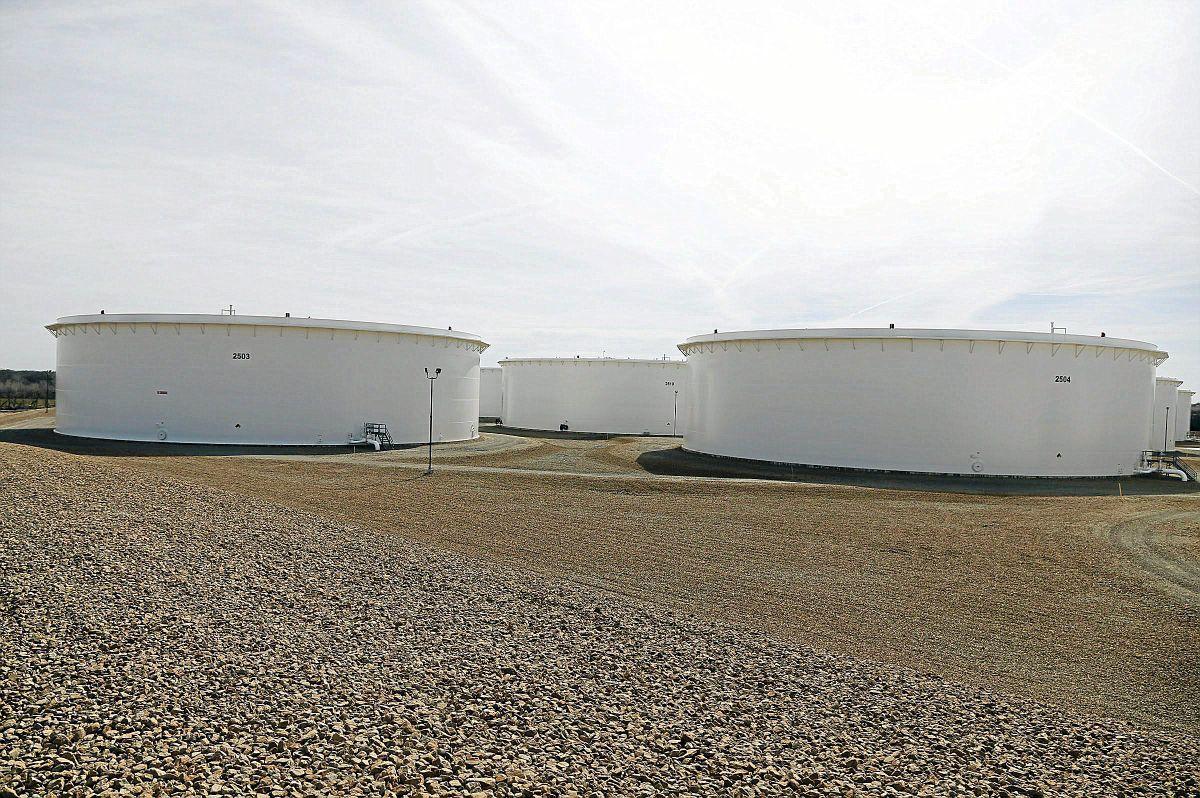 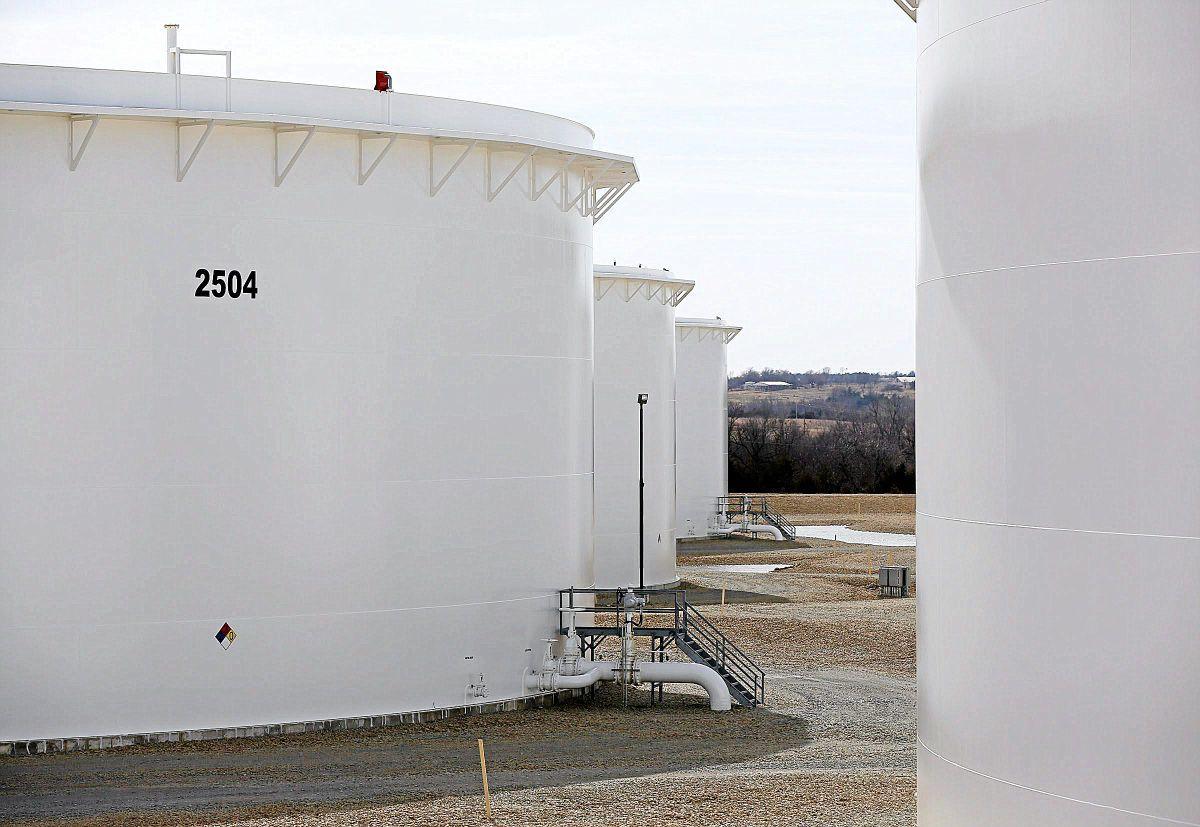 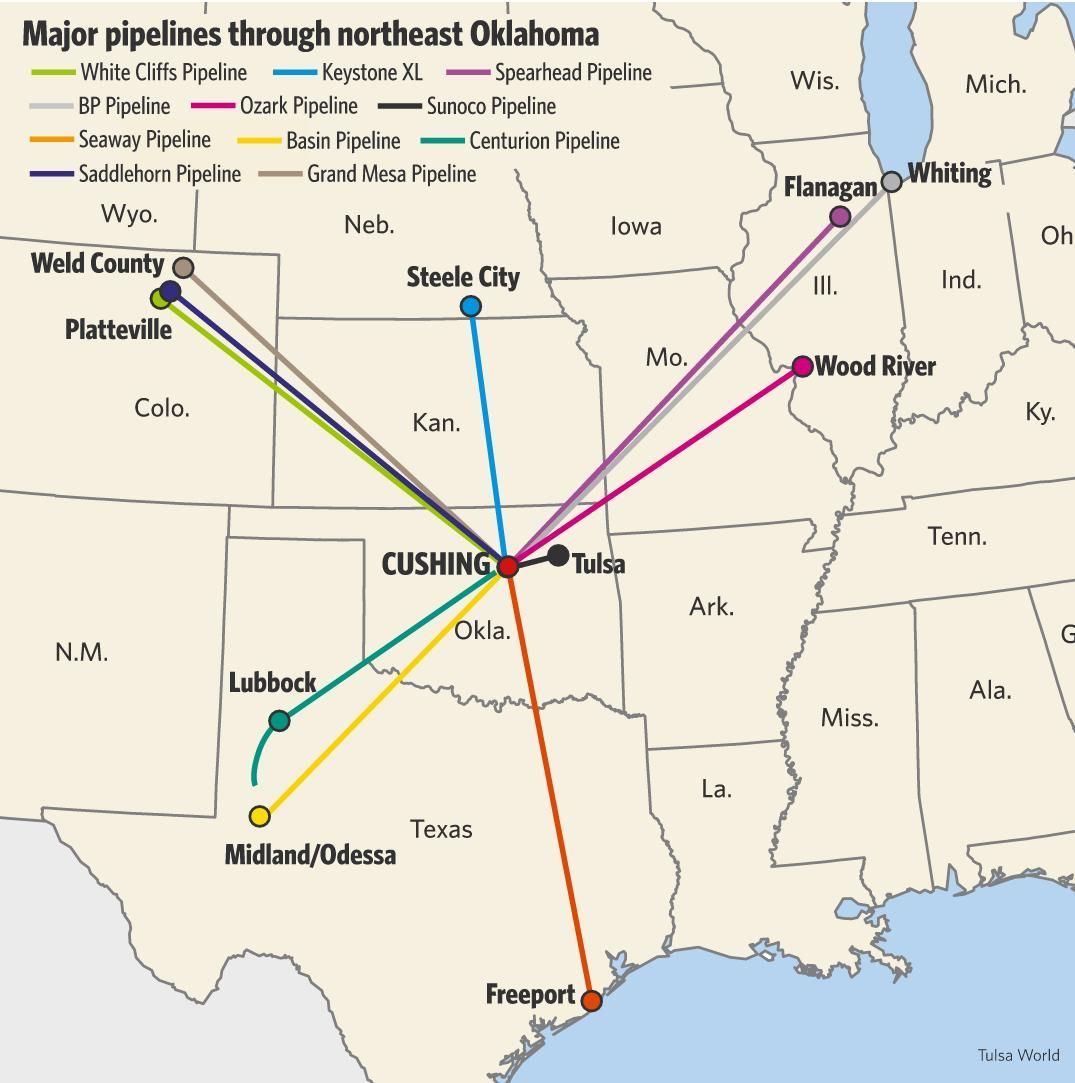 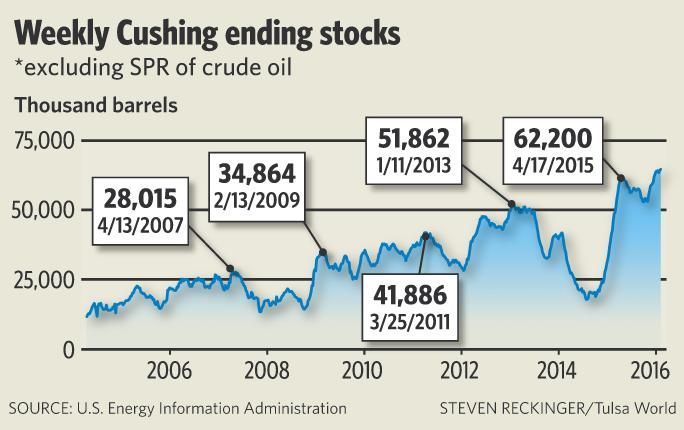 Cushing may be home to less than half of a percent of Oklahoma’s total population, but the city with just fewer than 8,000 residents is arguably more important to the energy industry than any other point in North America.

And if anything, the importance of the self-proclaimed “Pipeline Crossroads of the World” is only growing.

The Cushing Interchange, just south of the city’s downtown along Linwood Avenue, is one of the largest crude-oil marketing hubs in the U.S.

Cushing’s history has been intertwined with the oil business for more than a century, but during the past year the hub has set multiple new benchmarks as the country and the rest of the world deals with falling prices and an oversupply of oil.

Some companies are even building new storage facilities.

In April 2015, Cushing stocks reached 62.2 million barrels, which at the time was the highest level in recorded history, according to data from the U.S. Energy Information Administration.

According to Hillary Stevenson, oil market and business development analyst for energy market intelligence firm Genscape, that was the month that Cushing first reached a maximum storage level.

“Between April and the end of the year, (companies) were able to drain about 10 million barrels out of storage at Cushing,” Stevenson said. “Excess barrels moved to more available storage along the Texas Gulf Coast.”

But during the final months of 2015, storage levels began to increase again, and during the week of Jan. 8 they reached a new high of roughly 64 million barrels.

During the week of Feb. 5,storage levels reached another new high of nearly 64.7 million barrels.

The most recent data available shows that during the week of Feb. 12, storage levels rose by another 36,000 barrels, hitting yet another high of 64.73 million.

Stevenson says that the rise can, in part, be attributed to tax codes. In order to optimize end-of-year taxes, it is better for companies to store barrels in Oklahoma than it is in Texas.

According to a 2013 study prepared by Headwaters Economics and the Oklahoma Policy Institute, the 2.12 percent local ad valorem taxes in Texas include oil and gas property.

In Oklahoma, there’s no such annual charge on oil and gas. Because of that situation, in many cases it makes more sense for energy companies that have access to hubs in both states to keep their inventory in Oklahoma.

Some call it the “Texas tax dodge.”

Planning for the future

The oil futures market is also having a big impact on the increased levels.

Sandy Fielden, an analyst with RBN Energy, said that today’s crude prices are quite low — oil was $29.72 per barrel at market close on Friday. But going out six months, or even two or three months, into the future, commodity prices are higher.

“That provides an incentive to store crude; they call it a contango market,” Fielden said. “Rather than selling today for a very low price, you can put it in storage and use the futures market.”

Although storage levels at Cushing have been hitting new highs, the percent of capacity utilized has eased slightly due to new construction. The record high set earlier this month represented about 75 percent utilization of the hub’s available storage.

Approximately 5.5 million additional barrels of storage capacity became available during 2015, and Genscape is expecting capacity to grow by another 1.5 million this year.

Operations in Cushing aren’t dominated by one particular company or pipeline. Rather, the roughly nine-mile area that makes up the city’s interchange is a hub for many players, including Tulsa-based companies Magellan Midstream Partners LP, Rose Rock Midstream LP, Blueknight Energy Partners and NGL Energy Partners LP.

In terms of storage providers, Magellan has a larger presence at the hub than any other Tulsa-based company with 12 million in storage capacity across three locations at the Cushing hub.

Magellan has the third-largest presence in Cushing, behind only Houston-based Plains All American Pipeline L.P. and Canadian Enbridge Inc., each of which have capacities of around 20 million barrels.

Magellan also owns the longest refined-petroleum-products pipeline system in the country and has a business model based primarily on commodity transportation, storage and distribution.

The company was founded in 2003 when it broke off of another Tulsa-based energy heavyweight, Williams Cos. But it didn’t have a presence in Cushing until 2010 when it acquired its Central and Shinn Pence facilities — which have 4.3 million and 3.4 million barrels of shell capacity, respectively — from BP Pipelines Inc.

In 2011, Magellan added another 4.25 million barrels of storage in Cushing.

“All of the infrastructure here in Cushing has a tremendous importance to our state’s economy,” said Bruce Heine, a spokesman for Magellan.

Growing levels of utilization at the hub can be attributed to the mid-continent network the interchange provides.

This is combined with factors unique to Oklahoma, like the cost of land, which Heine said is very reasonable compared to Houston, and the state’s business-friendly regulations.

By the end of the year, Magellan’s connectivity at Cushing will become even stronger with the completion of the Saddlehorn Pipeline. Magellan will be the operator of the 600-mile system, and Saddlehorn will have the capacity to move 190,000 barrels of crude per day from the DJ Basin in Colorado to Cushing.

Originally announced in the fall of 2014, the Saddlehorn is approximately 75 percent complete, said Keith Faucett, a senior project manager with Magellan. Construction of the pipeline has created around 3,500 indirect jobs, he said.

During a tour of Magellan’s Cushing facilities on Tuesday, Faucett remarked on the hub’s rapid growth during recent years and emphasized the importance of the site’s connections to the energy industry.

“If you can’t get your barrels physically to Cushing, you’re at a disadvantage,” Faucett said.

Although Heine didn’t provide specifics for business during the past year, he said that demand for Magellan’s storage and transport services at the hub has been strong.

“Demand for our services has been very robust, and we’ve been able to meet the needs of our customers,” Heine said.

How to get your finances in order for the Great Resignation

Here’s a checklist for shoring up your finances before quitting your job. Also, check out more of the week's best financial reads from experts.

The Best Air Fryers for Your Money

What models deliver on versatility, taste and that all-important crunch factor?

Bruce Heine the director of Government and Media Affairs talks about Magellan as he stands near 250,000 barrel oil tanks lined up at a tank farm at Magellan Midstream Partners in Cushing, OK, February 16, 2016. STEPHEN PINGRY/Tulsa World