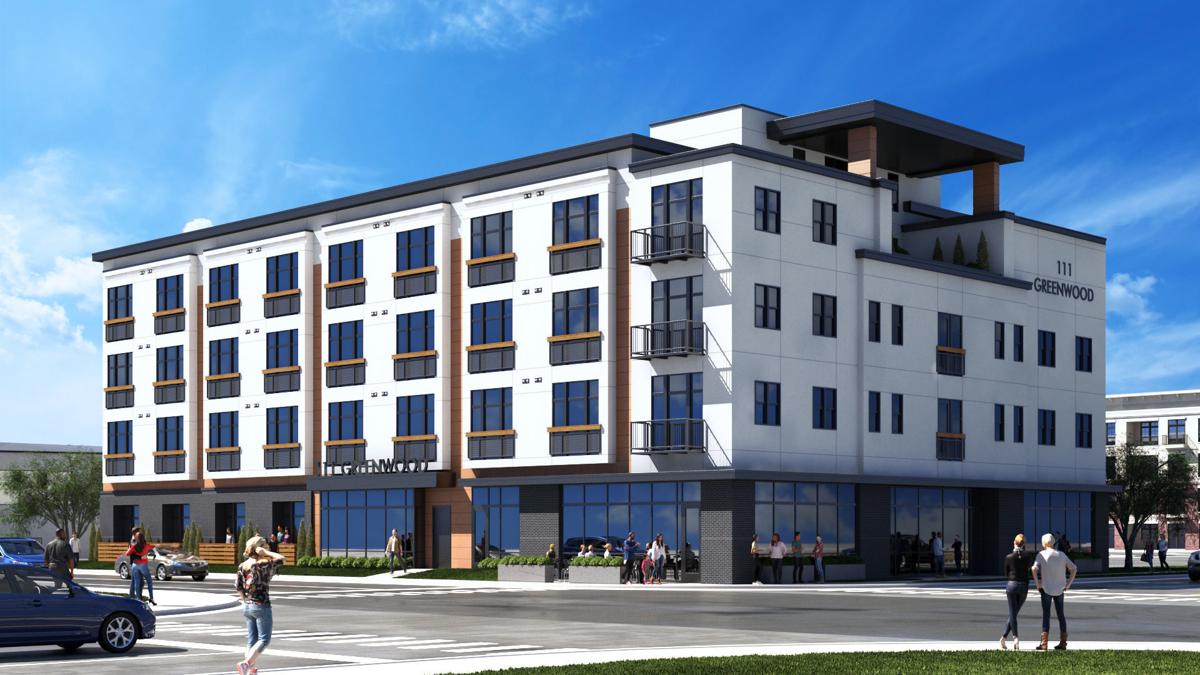 The four-story 111 Greenwood project at 111 S. Greenwood Ave. will incorporate 50 units with a retail element on the ground floor. Developed by the Bhow family, the project is scheduled to be completed in the summer of 2020. Courtesy 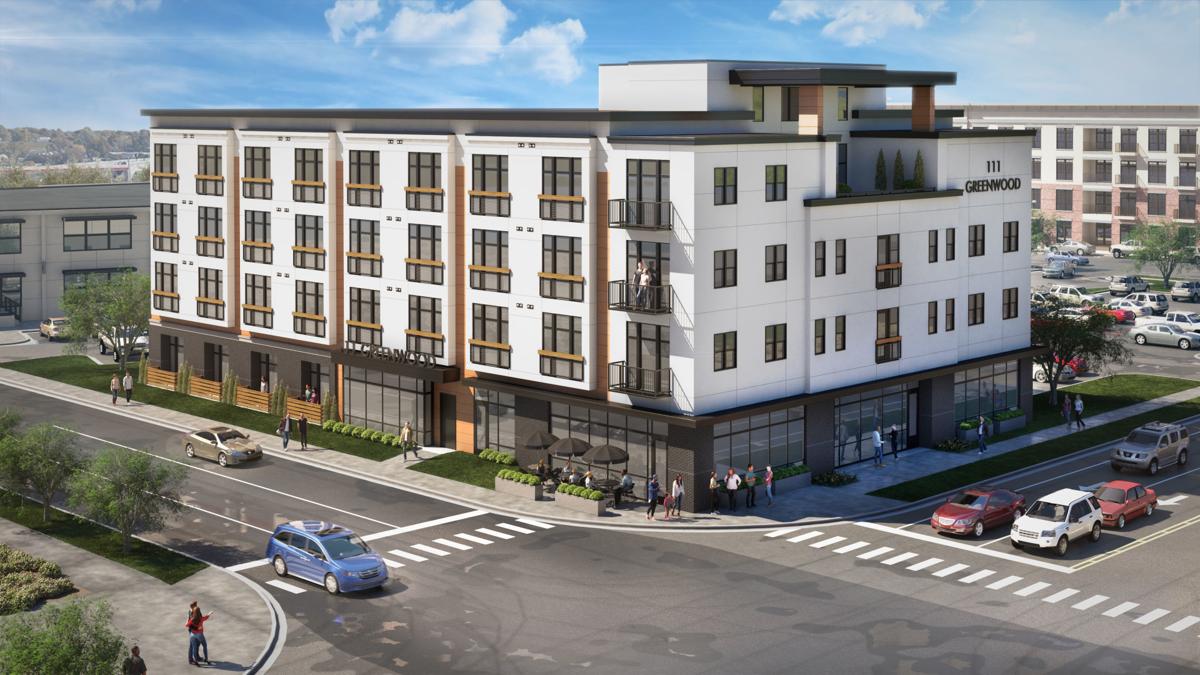 Developed by the Bhow family, the mixed-used 111 Greenwood is scheduled to be completed in the summer of 2020.

Thanks to the Bhow family, East Village is undergoing a renaissance.

Developers Neal Bhow and his son, Shaun, celebrated two things Friday: the announcement of the first tenants in the refurbished Hartford Building, 110 S. Hartford Ave., and the groundbreaking of an adjacent 50-unit, mixed-use project called 111 Greenwood.

Clarion Events, formerly PennWell, is moving at least 130 employees into a 24,500-square-foot space, and co-working space The HQ Tulsa will occupy 10,800 square feet, with both leases on the second floor.

The Bhow family a year ago completed roughly a $7 million renovation of the 74,000-square-foot Hartford Building, which had been unoccupied since the city of Tulsa moved offices from there in 2008.

“Patience paid off,” said Neal Bhow, adding that a Denver company is eyeing a lease on the first floor. “If you do a good job and purpose the building properly and have a good location and good curb appeal, it really makes a difference.”

“It takes entrepreneurs who are willing to take a risk to buy buildings, to renovate buildings, to lease buildings,” said Mike Neal, president and CEO of the Tulsa Regional Chamber. “This is a great testament to you guys and your family to know the tenants you’ve signed up are outstanding and you’ve got more coming.”

“Clarion really wanted a fresh, new, upcoming, trendy space, really in the heart of the city,” said MaryBeth DeWitt, senior vice president of operations for the company. “It’s super exciting for us.”

Ben Von Drehle is co-founder and CEO of The HQ Tulsa, which will offer month-to-month memberships. It is scheduled to move in in six to eight weeks, Neal Bhow said.

“Tulsa’s already changed so much the past five years,” Von Drehle said. “We just want to ride that wave a little bit. We want to help build the entrepreneurial community in Tulsa by providing a beautiful office space.”

Four-story 111 Greenwood, 111 S. Greenwood Ave., will incorporate 2,500 square feet of retail space on the west side of the ground floor. It is scheduled to be completed in the summer of 2020.

“From the inception of the project, the idea or the driver has been to bring affordable modern, amenities to this neighborhood,” Shaun Bhow said.

“We looked at major metropolitan cities at some apartment layouts in New York and Tokyo to inspire the layouts to make sure we have an efficient use of space,” Shaun Bhow said.

Longtime developer Bob Jack is construction manager for the project.

“I’ve been doing construction in this town for a long time,” he said. “We’ve come a long way. We’re miles ahead of where we were 10 years ago. This is just another step in that process.”

An old landfill site breached by floodwaters along Bird Creek at Oxley Nature Center got a closer look by federal, state and city officials. They need to come up with a plan — one that might address more than just one breach site. One thing was clear, however. It won’t be a simple matter.

Denials could rise, too, and applying for a policy will get more complicated.

Here are the improvements that have been made so far. Also, check out more of the week's best money tips from experts.

More than 10,000 Deere & Co. workers went on strike Thursday, the first major walkout at the agricultural machinery giant in more than three decades.

The local company is seeking to hire 40 people in retail Wednesday and Thursday.

Stimulus checks were a lifeline for Americans during the pandemic. Could more aid for seniors be on the way?

The four-story 111 Greenwood project at 111 S. Greenwood Ave. will incorporate 50 units with a retail element on the ground floor. Developed by the Bhow family, the project is scheduled to be completed in the summer of 2020. Courtesy

Developed by the Bhow family, the mixed-used 111 Greenwood is scheduled to be completed in the summer of 2020.