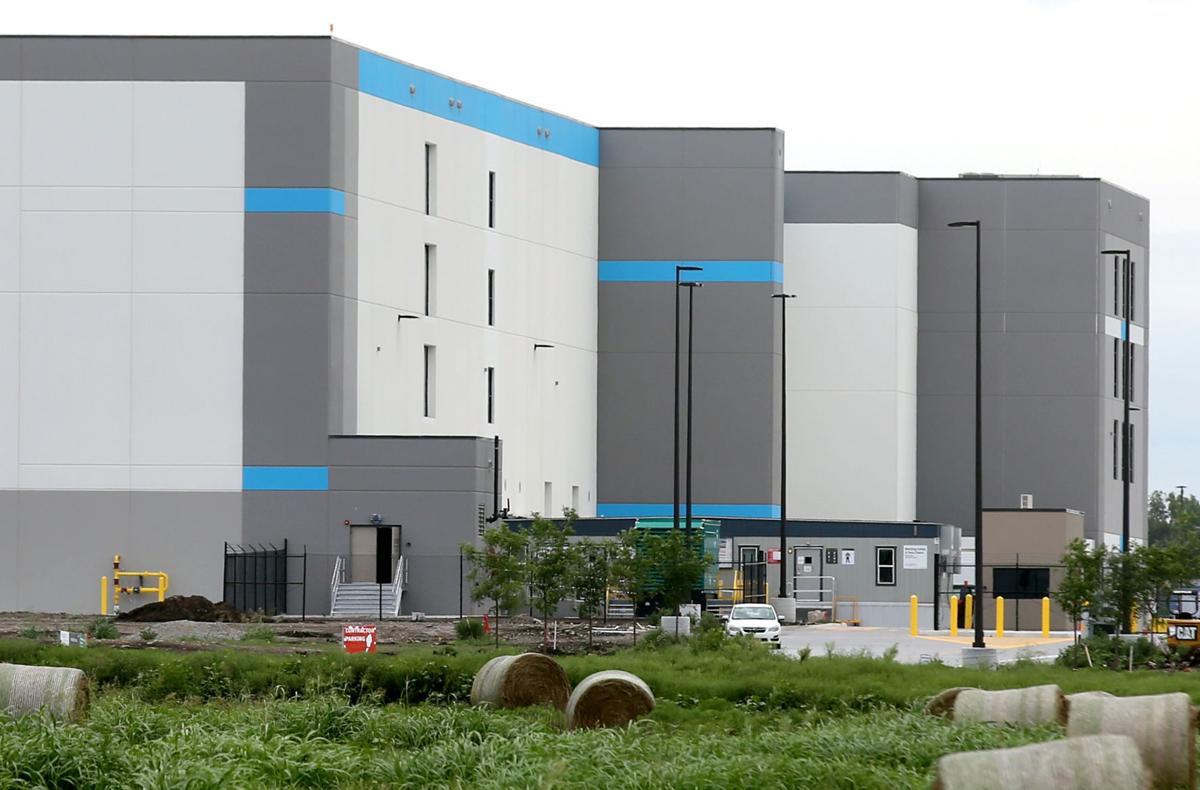 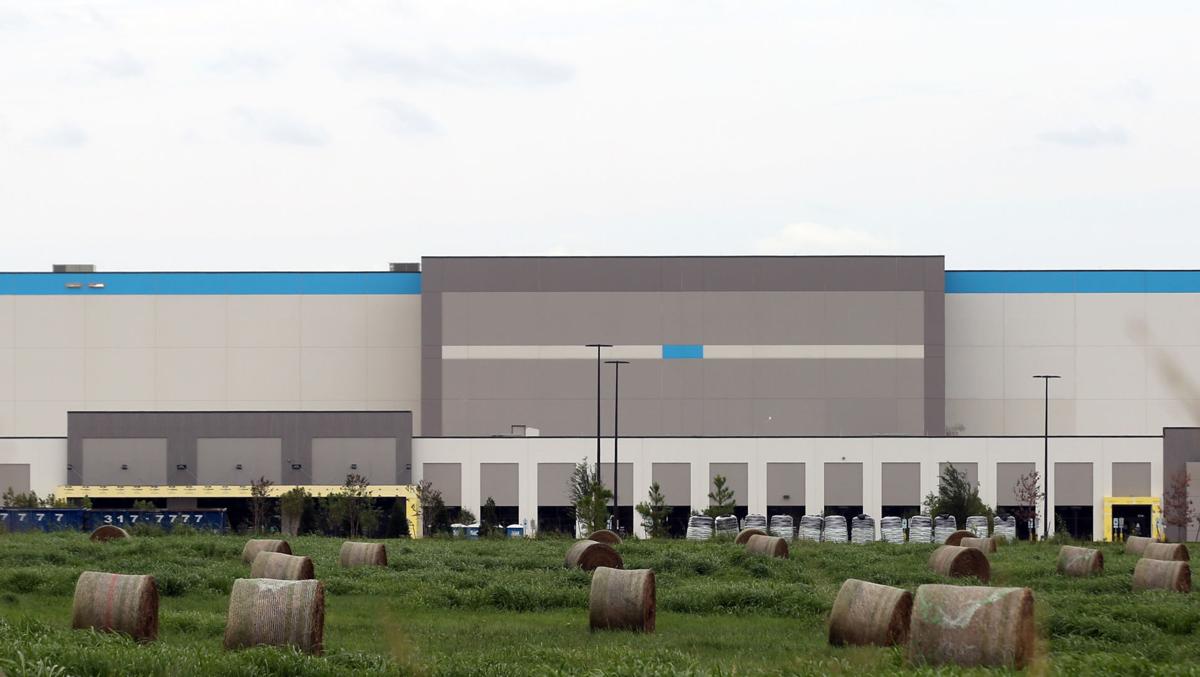 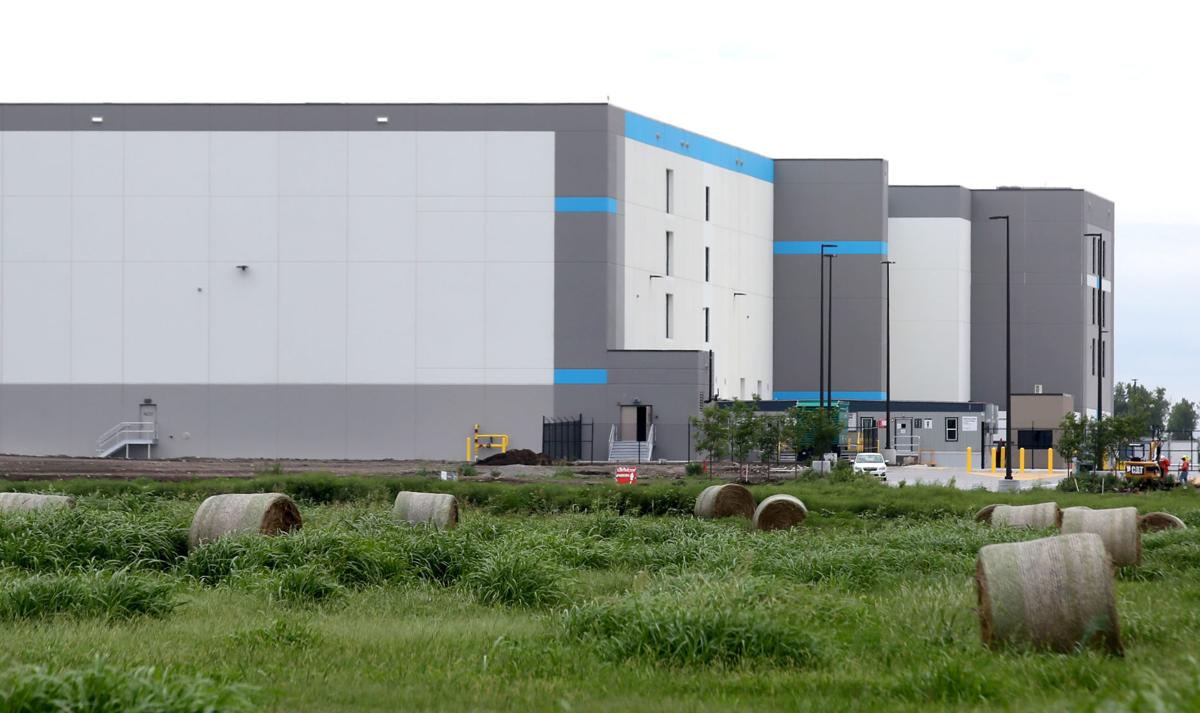 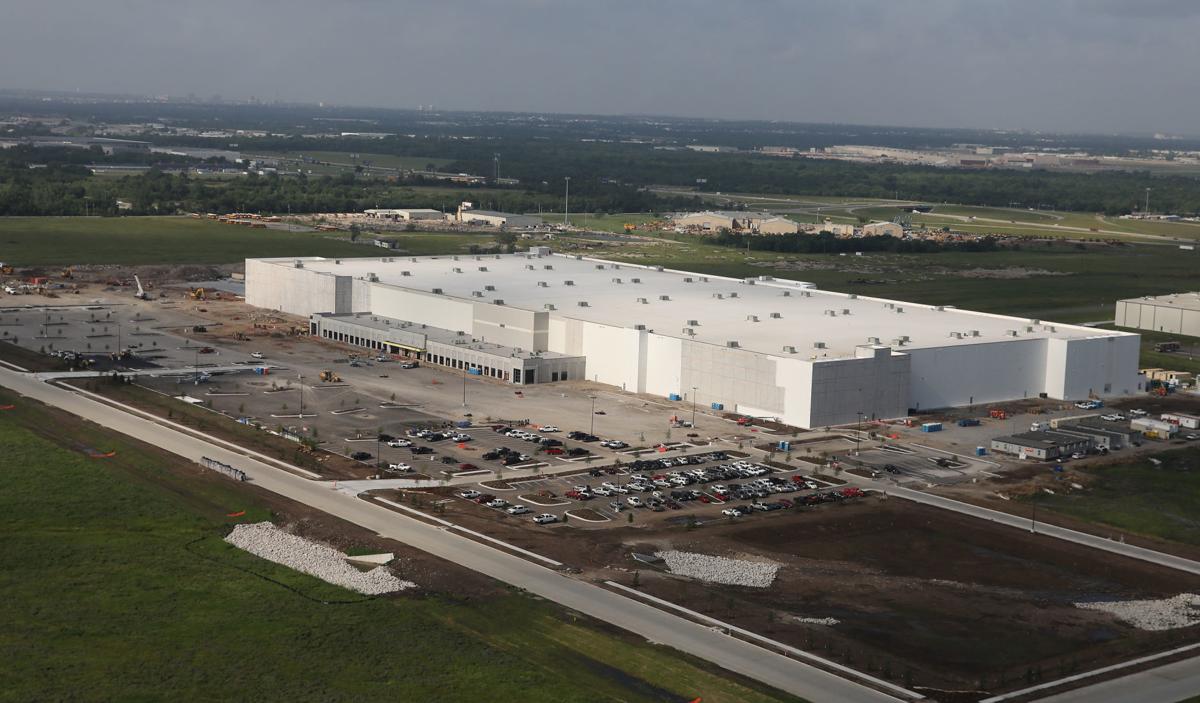 A aerial view of construction of the new Amazon Distribution Center on May 24, 2019. TOM GILBERT/Tulsa World

The Amazon fulfillment center in Oklahoma City celebrated receiving its first item for packaging this week.

It won’t be long before Tulsa can mark such an occasion.

“We anticipate the fulfillment center launching during the second quarter of next year and hiring to begin in the weeks prior to launch day,” Amazon said in a statement through a public relations firm. “We remain committed to hiring 1,500 full-time employees at the facility, with industry-leading pay and benefits starting on day one.”

The Amazon center in Oklahoma City, located near Will Rogers World Airport, will use employees and machines to pack and ship items in its warehouse.

Besides full-time jobs, it could generate another 2,500 to 3,500 part-time gigs during the peak season of August through Christmas, Brien Thorstenberg, senior vice president of economic development for the Tulsa Regional Chamber, said earlier this year.

“There will be a tremendous economic impact,” he told the Tulsa World in January. “When you look at the number of jobs and the salaries they are creating, those people will be buying homes, renting homes, spending money in the community. It adds a lot to the tax base.”

In November 2018, Amazon increased its minimum wage to $15 for all full-time, part-time, temporary and seasonal employees across the United States, a move that benefited more than 250,000 employees in addition to 100,000 seasonal employees.

Amazon’s benefits include comprehensive health care, including medical, dental and vision coverage, and up to 20 weeks of paid parental leave, according to the company’s website.

Amazon also has Career Choice, which prepays 95% of associates’ tuition for courses in high-demand fields, whether those jobs are at Amazon or another company, and Career Skills, which trains hourly associates in critical job skills, such as resume writing, effective communication and computer basics.

PennyWise Episode 14: What could the President's affordable housing plan mean for you and your family?

PennyWise Episode 14: What could the President's affordable housing plan mean for you and your family?

What can happen if you miss a credit card payment

What can happen if you miss a credit card payment

The site is next to the future BMX National Headquarters near downtown and includes the Oklahoma Ironworks building, a 120,000-square-foot former industrial facility on the National Register of Historic Places.

What Biden’s free college plan could mean for you

Take a closer look at Biden's American Families Plan and how it could affect your finances. Plus, check out more money tips from experts at NerdWallet, Forbes and the Motley-Fool.

The initiative encourages college graduates to begin their careers in the Tulsa region.

The property is just north of a nursing home.

It is the third year in a row that Manhattan Construction Company has achieved the status.

A aerial view of construction of the new Amazon Distribution Center on May 24, 2019. TOM GILBERT/Tulsa World