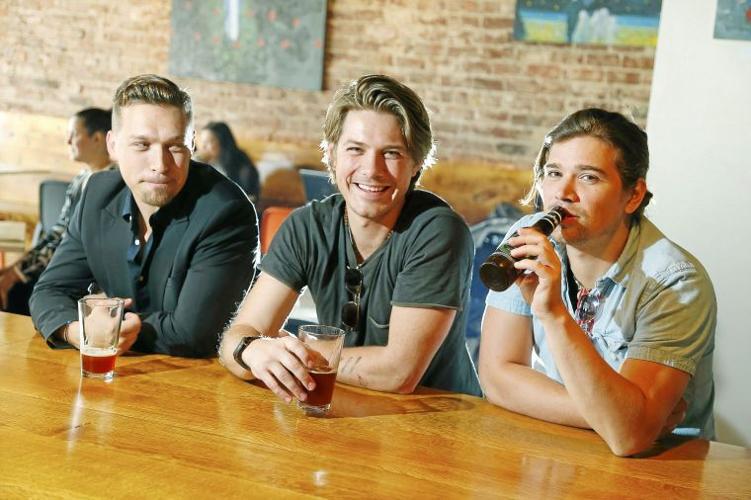 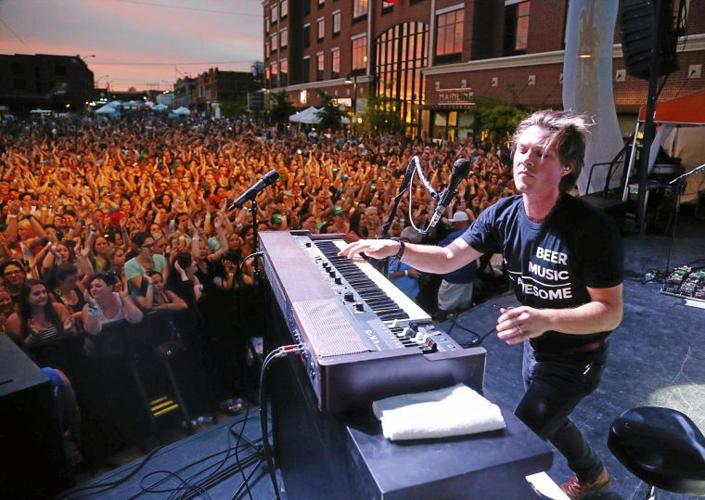 Taylor Hanson performs during The Hop Jam on Sunday to close out the beer and music festival in the Brady Arts District. TOM GILBERT/Tulsa World

The Hanson brothers recently finished up a national music tour and I am sure they took some time to try plenty of beers during their travels.

Food writer J.M. Hirsch of the Associated Press was able to sit down with the Hanson brothers Isaac, Taylor and Zac and talk beer, not music. Read the story

I think a lot of what the Hanson brothers do is because they enjoy what they are doing. I am the same. They just get to do it on a larger scale.

Traveling the world playing concerts as well as enjoying all the great local beers in the towns where they perform is  something not many people get to do.

They have been doing this for quite a long time in relative terms to their ages. The Hansons know beer and put out “Mmmhops” in 2013. This started up their second passion and business. “Mmmhops” is now available in Oklahoma and 15 other states. I think the only other Oklahoma based beer company to do that is Prairie Artisan Ales, which ships internationally.

I have had the opportunity to sample some of the beers they plan on producing and all of them are tasty and should do great in the market place.

They continue to produce great beer and great music. I purchased their album Anthem last year and have listened to it numerous times especially while running. It gets you going.

I hope the Hanson Brothers continue to produce both great music and beer. I am a fan.

The experiment: A massive Cheez-It, which is 16 times the standard size, serves as the base for Taco Bell's new "Big Cheez-It Tostada."

EatingWell: This is the salad of the summer

This vibrant salad is perfect for barbecues and backyard parties.

3 of the best gas grills to put in your backyard

If you’re looking to be the envy of the neighborhood potluck, it might be time to upgrade your grilling setup.

As if no-bake weren’t tempting enough, the filling uses nonfat Greek yogurt and reduced-fat cream cheese to cut the calories and saturated fat.

Popcorn salad is a star at picnics and barbecues all across the Midwest. Undeniably curious in both title and texture, popcorn salad is a surprisingly delicious retro side dish whose satisfying crunch will keep you going back for more.

Taylor Hanson performs during The Hop Jam on Sunday to close out the beer and music festival in the Brady Arts District. TOM GILBERT/Tulsa World