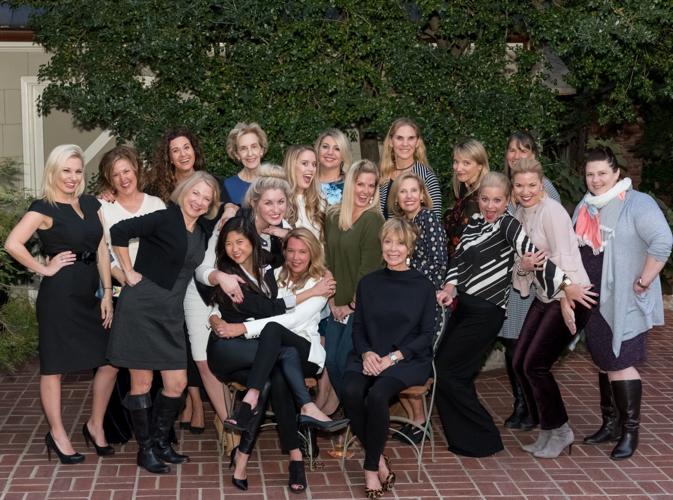 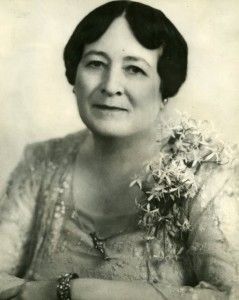 When Jane Carrol Heard accompanied her soon-to-be husband, Dr. Fred Stevens Clinton, to Tulsa from Georgia in 1897, she found in this Indian Territory “cow town” a blank canvas upon which she could create a cultural masterpiece.

“To me, Jane Heard Clinton was truly the cultural soul of early Tulsa,” Tulsa Historical Society Executive Director Michelle Place told the Tulsa World in a 2012 interview. “Her contributions to Tulsa’s arts and culture are still being appreciated today.”

Those contributions include helping to found the Hyechka Club, the city’s longest-lived arts organization, which brought the New York Philharmonic to Tulsa in the early 1900s. Clinton was the group’s first president and was continually re-elected to the post until 1921 — when the organization named her president for life.

Clinton was also instrumental in establishing the Tuesday Book Club and the Ruskin Art Club and working to pass the bond election that led to the building of what is now the Brady Theater, which for many decades was the city’s primary performance hall.

“And it’s all due to this true Southern belle from Georgia, who was determined that her new home needed the arts if it was to flourish,” Place said. “And that is still true today.”

That is why Arts Alliance Tulsa has formed the Jane Heard Clinton Society, in honor of the many Tulsa women who have contributed greatly to the city’s arts and culture, and to encourage the next generation of women to continue that tradition of service and support.

“Honoring the role of women in the arts while finding a way to engage them in the important work of Arts Alliance Tulsa was a priority for us from the day our United Arts Fund was conceived four years ago,” said Todd Cunningham, AAT executive director. “When we discovered Jane Heard Clinton and learned of the significant place she holds in our cultural history, we knew we had found the perfect way to enhance our city’s future while honoring our past.”

As a component of Arts Alliance Tulsa, the Jane Heard Clinton Society (JHCS) exists to build a community of diverse and inclusive female philanthropists who inspire and encourage other women to strengthen the arts and cultural environment of Tulsa.

“In the late 1950s, I worked on a survey to determine the advisability of having an Arts Council in Tulsa” said Mary Athens, JHCS member and one of many women who have worked to advocate, raise funds and grow arts in Tulsa. “One of the long-term goals was to establish a United Way for the Arts. I hope Arts Alliance Tulsa will achieve that goal.”

The Jane Heard Clinton Society operates as a funding component of Arts Alliance Tulsa and works to support its mission of providing operational funds to local nonprofit arts and culture member organizations. This honorary group recognizes those accomplishments of the past, as well as fuels the continuation of that legacy in the future — current members span three generations, embodying Tulsa’s past, present and future.

Former State Sen. Penny Williams, a founding member of the JCHS, said, “Growing up with an avid arts advocate for a mother, it is exciting to launch a society in which the women of Tulsa pave the way for the next generation of arts and culture. Being in a room of women from different backgrounds and generations encourages me for the future of the arts in our city. This is a beginning of a legacy.”

Arts Alliance Tulsa is the newest member of a national network of similarly-organized United Arts Funds that function to receive donations from individuals, corporations and charitable foundations and, after considerable independent review and due diligence, distribute operating funds to 40 local nonprofit arts institutions.

Flint, survived by his bride, Brenda, was named Breakout Artist of the Year at the We Are Tulsa Music Awards in 2019.

Three season one episodes of the Paramount+ series were released before the announcement that a second season has been green-lighted.

Jean Rodgers, soon to be 92, has seen almost every BOK Center event

A concierge and "people person," Jean Rodgers was hired before the BOK Center opened in 2008. The venue is turning 15 in 2023.

Among Kent Blazy's seven No. 1 songs is "If Tomorrow Never Comes," a song he co-wrote with Garth Brooks.

Brad William Henke, a former NFL player and veteran character actor known for his work on "Orange Is the New Black," has died at age 56.

The new location, which took over the space once home to Mangos Cuban Cafe, will have a menu more focused on Mexican foods.

Christine McVie, the soulful British musician who sang lead on many of Fleetwood Mac's biggest hits, has died at 79.

Golden Driller Plaza got a makeover in conjunction with the arrival of "Tulsa King," a streaming series starring Sylvester Stallone.