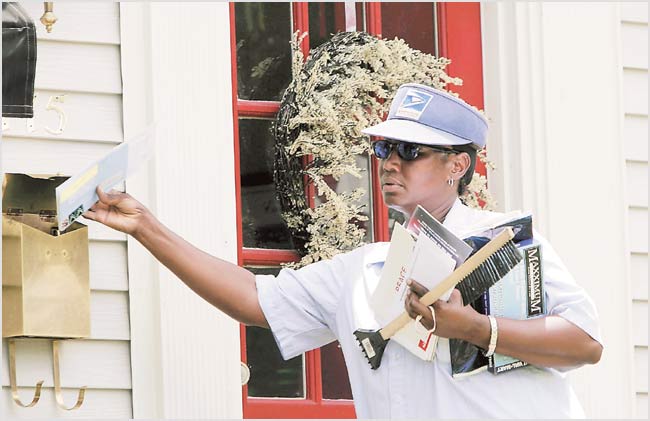 A mail carrier makes her way down South Gary Place on Thursday. Residents living in the 1700 block of South Gary Place received notices this month from the U.S. Postal Service warning them that a mockingbird was harassing their postal carrier. 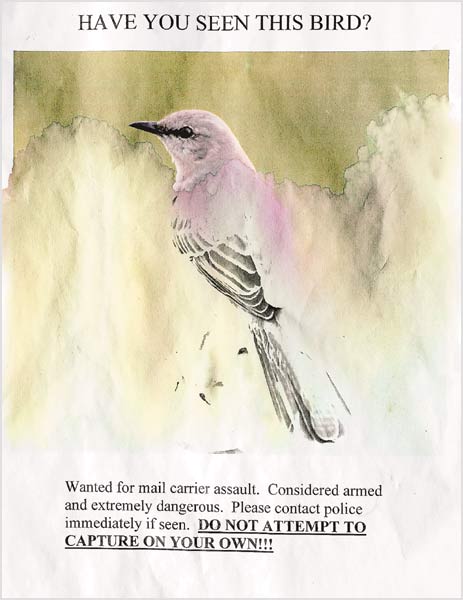 A mock wanted poster pretending to target a neighborhood mockingbird has been placed in the neighborhood. 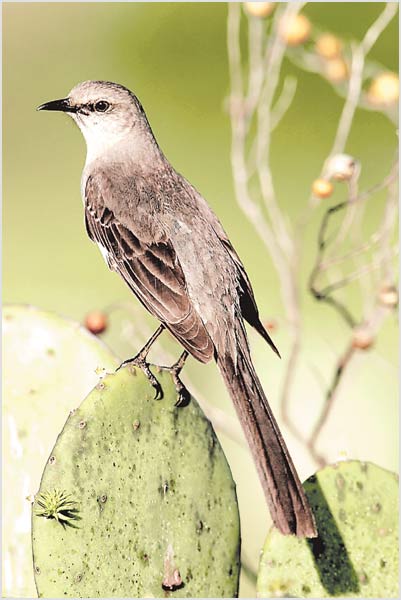 Residents in a midtown neighborhood receive a letter about the dive-bombing bird.

U.S. Postal officials don't expect anyone to kill a mockingbird, or even capture one, despite a recent form letter that was distributed to a midtown Tulsa neighborhood. Aggressive dogs are so common that the Postal Service has a standardized letter, warning homeowners that mail service might be interrupted if they don't do something about it. "The responsibility falls on you," the letter tells people, "to confine the animal." The Postal Service hasn't bothered to write a separate form letter for aggressive wild birds. So, in a note dated June 9 and distributed to the 1700 block of South Gary Place, officials crossed out the words "your dog" and wrote in "a mockingbird." For the last three weeks, a bird has been harassing the route's carrier, said Beth Fisk, a Tulsa spokeswoman for the Postal Service. "It goes from chimney to chimney, tree to tree, whenever it sees the mail carrier, following her down the block" Fisk said. "It swoops down and attempts to peck at her." In response, neighbors have distributed a wanted poster with a picture of a mockingbird, charged with "assault on a mail carrier." Warning people to contact authorities rather than trying to capture it themselves, the poster describes the bird as "armed and dangerous." Meanwhile, residents have also formed a committee to study the feasibility of building a "border fence" to stop "illegal migration," said Nancy Parke, a resident who has actually witnessed a bird attack the mail carrier. "It's funny," Parke said, "but it's no joke. They really do dive-bomb her." It's not clear whether the bird would attack any postal employee, or if it has a problem with this particular carrier, but it never seems to bother anyone who lives in the neighborhood, Parke said. "Our mail carrier is a lovely person and she doesn't deserve this," Parke said. "But we're told that we're supposed to do something about this or we might not get our mail? Can't Homeland Security do something?" Actually, with mockingbirds protected by federal conservation laws, the Postal Service should have crossed out the line in the letter that says "the responsibility falls on you to confine the animal," officials said. "We certainly don't expect our customers to do anything with the bird," said Fisk, the Postal Service spokeswoman. "We just wanted to advise them to be aware of this problem." Despite the bird pestering the carrier, no deliveries have been missed, Fisk said. "We just wanted people in the neighborhood to know what was going on," she said. Apparently, some residents still don't understand what all the fuss is about. "I've seen the letter," one homeowner said Thursday, "but I haven't seen the bird." Others said they were unaware of both the bird and the letter. And the Florence Place Neighborhood Association has received no complaints about either one, officials said.

A mail carrier makes her way down South Gary Place on Thursday. Residents living in the 1700 block of South Gary Place received notices this month from the U.S. Postal Service warning them that a mockingbird was harassing their postal carrier.

A mock wanted poster pretending to target a neighborhood mockingbird has been placed in the neighborhood.