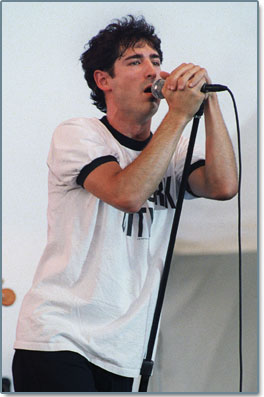 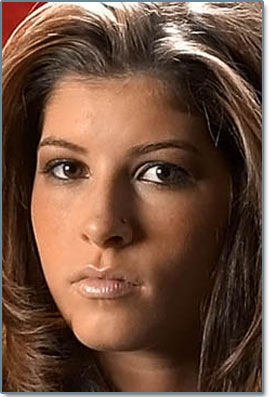 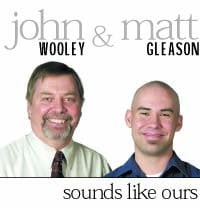 Jeff Martinson and his Mad Verb cohorts are reuniting for a concert Friday night at the Venue, 18th Street and Boston Avenue.

The alt-rock act was one of the most popular acts in town until it split up about 21/2 years ago.

One of the primary reasons it fractured, Martinson said, "was the old cliche of sex, drugs and rock 'n' roll -- either too much or not enough, depending on who you were."

Martinson, who is pursuing a laid-back rock solo career these days, said the Mad Verb rehearsals have gone smoothly and have been a nostalgic kick.

"Everybody was really looking forward to doing it again and having some fun with it," he said while sitting in his living room listening to Norah Jones on the stereo. "The rehearsals have been great in that we've had as much fun there as we'll probably have at the gig."

In going back over old material, Martinson said he's reconnected with a former self in a way.

"It documents my head at that time," he said. "Some parts of my head have changed and some parts are still the same."

The other day Martinson realized that he's actually not too far separated from the person who wrote the song "Spent."

"It was one I could have written yesterday," he said. "That's kind of fun. That tune was about looking for love, looking for religion or spirit and soul-searching.

"I'm sort of in the same space again, which is interesting."

Local hip-hop artist Manifess, who lives in Harlem, N.Y., these days, is back in town to play a show Thursday night at Club Infinity, 9379 E. 46th St., and release a new mix tape.

In a recent telephone interview, Manifess said the 20-track release tells how it is.

"It's basically for the street, for the block, so they can understand where I'm lyrically at and give them a taste of what the album is going to feel like," said the musician, who's influenced by a wide variety of hip-hop artists ranging from Jay-Z to OutKast.

Manifess said he left for Harlem about a year ago to connect with other ambitious performers.

"I felt like it was necessary to be around the people who had the hunger like I did," he said. "People here, they were hungry, but they weren't taking the right steps to feed themselves."

Harlem's also a place for Manifess to connect with hip-hop in a way he couldn't in Oklahoma.

More on the Playboys

In 2000, bluegrass music got a huge boost from the film "O, Brother Where Art Thou?" and its multi-platinum soundtrack album, which turned a lot of kids -- and adults -- on to the venerable American music.

Maybe, just maybe, an upcoming disc will do the same thing for another -- albeit vastly different -- musical style, one that grew to adulthood right here in Tulsa. There's no movie for the upcoming Texas Playboys album, but there's a great bunch of Western-swing tunes, sung by country stars, the hottest Red Dirt act in America, and even a veteran R&B hitmaker.

Producer and musician Tommy Allsup, who leads the Texas Playboys along with vocalist Leon Rausch, brought some rough mixes from the upcoming disc to town last weekend, playing some of the cuts Friday night for whoever could pack in and around his vehicle behind the Cain's Ballroom. There, before going inside to play the Bob Wills 100th Birthday Show, Allsup previewed some impressive tracks on his CD player, all featuring guest stars singing with the Playboys. Vocalists included veterans like Merle Haggard ("Misery"), Tanya Tucker ("Heart to Heart Talk") Charlie Daniels ("Stay All Night"), and Rausch himself (the spirited "Cotton Patch Blues"), as well as hot new-country act Dierks Bentley ("Ten Years") and Red Dirt Music's Cross Canadian Ragweed ("Milk Cow Blues"). Allsup noted that he "heard a lot of Cotton Thompson" in Cody Canada's voice during the recording of the latter song; Thompson was the vocalist on Johnnie Lee Wills' original 1941 recording of "Milk Cow Blues."

"Cody does a real good job, and having Cross Canadian Ragweed on the record is going to help," Allsup said. "They've got a lot of fans, and they'll buy anything the band puts out."

There are also some really intriguing acts on the disc, including ex-Pittsburgh Steeler and football commentator Terry Bradshaw, along with his daughter, Rachel, doing a great job on "Snap Your Fingers." Actor Wilford Brimley shows some surprising jazz-singer chops on "Across the Alley from the Alamo." But perhaps the biggest surprise is a pretty straight-up R&B version of "Warm Red Wine" featuring Archie Bell, famed as the former leader of Archie Bell and the Drells, creators of the million-selling 1968 single "Tighten Up." Allsup said that Bell continues to work as an R&B artist in the Houston area.

"We're already getting requests for the single from R&B stations," he added.

The Texas Playboys album, as yet unnamed, should be available in June.

Round Up Boys back downtown

In other western-swing news, Tim Bakamjian reports that the Round Up Boys, who opened for the Texas Playboys on Friday night's show, continue their regular downtown lunchtime gigs every Friday. They began performing for lunch crowds about five years ago at Nelson's Buffeteria, 514 S. Boston Ave., the longtime Tulsa landmark that closed last June. In December, the Downtown Buffeteria opened in the same location, and the Round Up Boys have moved back in.

"The new restaurant is similar to Nelson's," says Bakamjian, "and the chicken-fried steaks are excellent."

In a relatively short time, vocalist Colvard has become one of the stars of the Tulsa music scene. She began working jobs with veteran Tulsa guitarist-vocalist Mark Bruner in late 2003; within a year, the duo had been nominated for a Spot Music Award as Best Blues Act.

Colvard has been playing the Full Moon regularly, and is tentatively booked there next on March 31.

A couple of weeks ago, we printed info from Tulsa musician Jim Downing regarding songwriter Micheal Smotherman. Smotherman's visibility is up these days, thanks to his song "Do You Ever Cross My Mind," which appears on "Genius Loves Company," the late Ray Charles' recent Grammy-winning disc. Downing said he was "pretty sure" Smotherman was from around here.

"He's a great songwriter," says Don White of Smotherman. "I used to know him when he worked in Buckwheat with Debbie Campbell; I met him through Debbie. He was playing around Tulsa with her in '69 and '70.

"I met up with him again in Nashville in the '70s, when I was starting my Don White Honky-Tonk Band. It's been about 10 years since I've seen him, though."

White says that while Smotherman certainly spent time in Tulsa, he's originally from Erick, a southwestern Oklahoma town of barely 1,000 that's contributed to country music far out of proportion to its size. In addition to Smotherman, Erick artists include singer-songwriter-actor Sheb Wooley (aka Ben Colder ) and the late superstar Roger Miller -- who once had Smotherman in his touring band.

The show celebrating the birthdays of guitar wizards Tommy Crook and Buddy Bruce went so well last month that they're planning another one Sunday at the Fountains Restaurant, 6540 S. Lewis Ave.

"Our birthdays are over, but we thought it'd be nice to invite people with birthdays in March to come out," says Bruce, who said it may become a monthly event. "That's who we're aiming it toward."

Of course, anyone can come out, including those who attended last month's birthday show. It'll be the same sort of presentation, featuring bassist Jon Cummins playing with the two. There'll be a dance floor and a "special menu," Bruce says, "and if they have a favorite song, we'll play it for 'em."

"That way," Bruce says, "people can get home and get a little more rest."