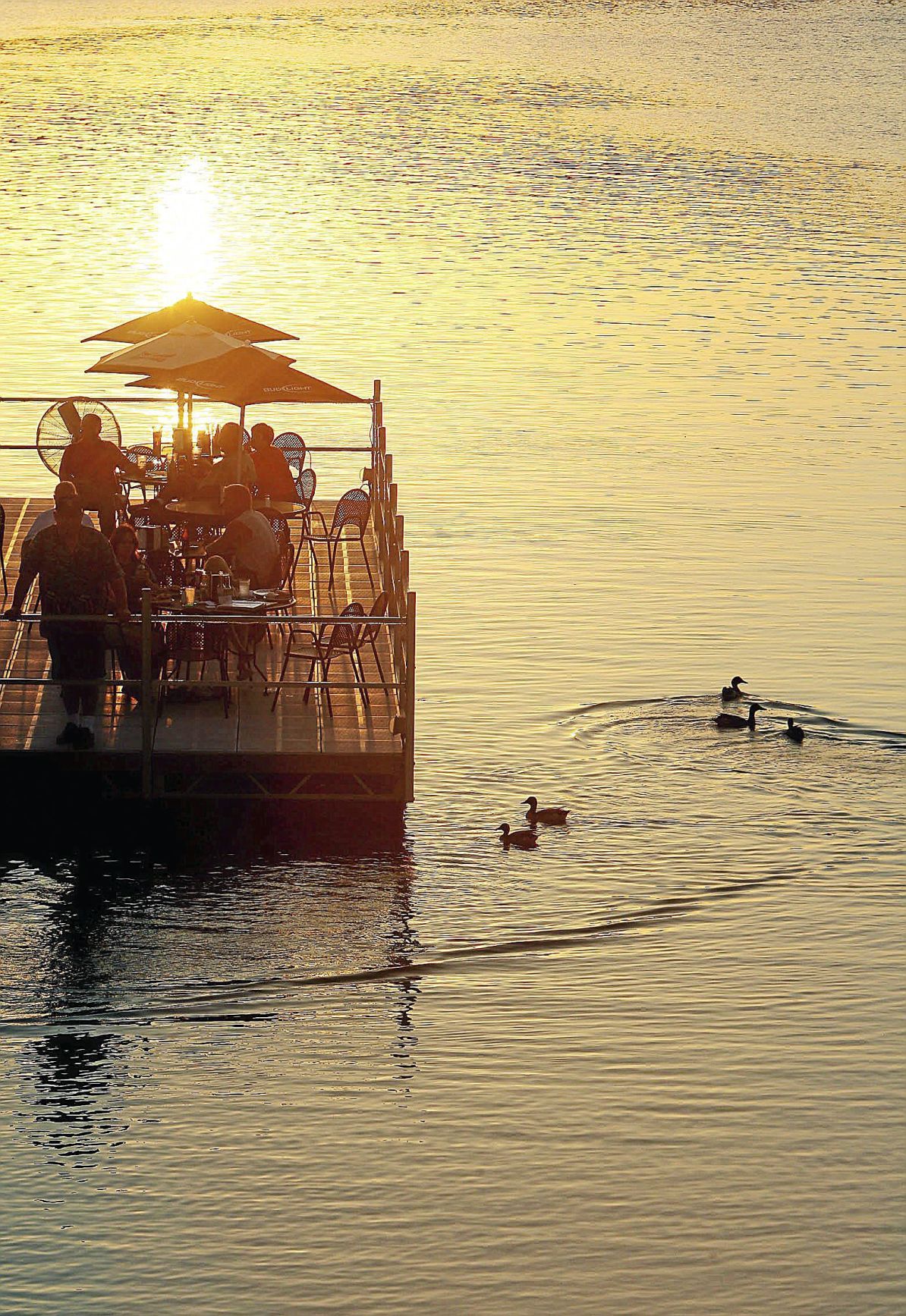 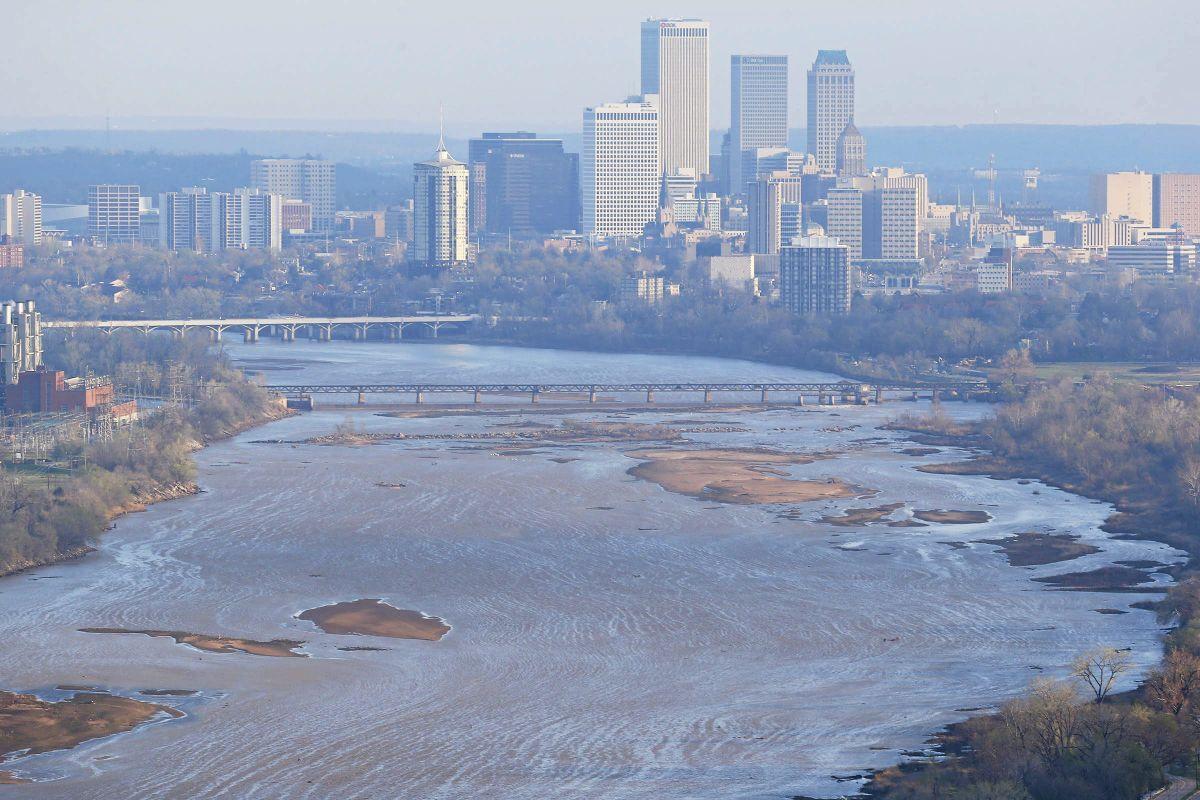 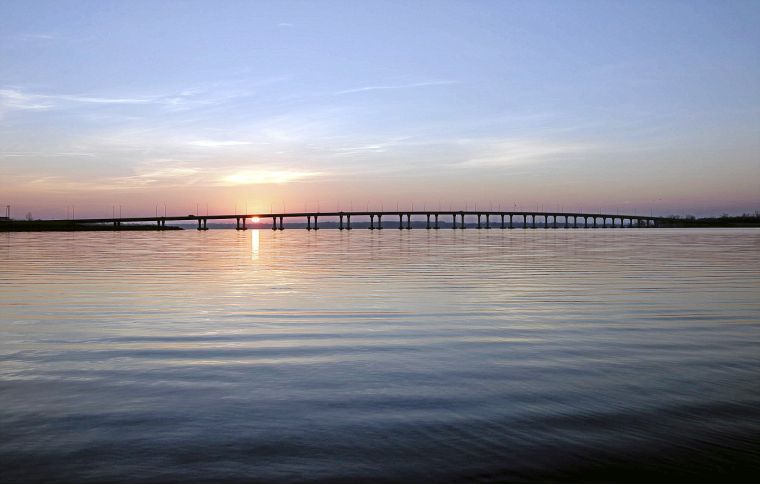 The sun sets behind Sailboat Bridge over Grand Lake in Grove. An abundant source of water is important for economic development as well as quality of life. MIKE SIMONS/Tulsa World file

Economic development is the intersection of innovation and opportunity.

Innovation recognizes a need and perfects a product or service to meet it. Opportunity supplies the financial, material and human resources to make it happen.

For Tulsa and northeastern Oklahoma — and every other place in the United States — the trick is to flow all of those elements together as smoothly as possible.

“When you have all of these resources available, you have to align them,” said Dave Stewart, chief administrative officer of Mid-America Industrial Park in Pryor. “You have to ask yourself questions like ‘What are we good at? What’s going to be the industry of the future?’ Then you have to align needs with resources, and you have to do it well, because every city in America is trying for the same jobs.”

Almost everyone seems to agree that availability of a trained workforce is the top priority for most employers. Transportation, low operating costs, tax and regulatory structure and access to raw materials also play into decisions about where businesses locate or don’t.

But so do quality of life elements such as schools, housing, recreation and arts and entertainment.

Underlying all of this are a few essential resources so basic they are sometimes forgotten.

One of these is water.

These days, when Tulsans talk about water, likely as not they mean it in aesthetic or recreational sense. Jogging along the Arkansas River. Fishing or boating on Lake Keystone or one of the region’s many other reservoirs and waterways.

But in its abundance, water is sometimes taken for granted in these parts. We forget it is essential to every aspect of personal, commercial and civic life. While other cities and regions struggle to find enough water to sustain their communities, northeastern Oklahoma remains well-supplied.

Water is the reason for Tulsa’s existence, the city beginning as it did as a tent settlement for workers building the first railroad bridge across the Arkansas River.

Tulsa thrived because Tulsans nearly a century ago invested in the infrastructure and resources to assure a bountiful supply of clean water from the Ozark foothills.

More recently, with the considerable help of the federal government, the region acquired the McClellan-Kerr Arkansas River Navigation System and with it a year-round water outlet to the sea that has driven economic development throughout Oklahoma and into surrounding states.

Initially, the ports at Catoosa and Muskogee attracted primarily oil and gas- and agriculture-related business, and those are still the primary tenants. But, over decades, those industries have diversified and new ones have been created.

“We have stories all over the place,” he said.

Using agriculture as an example, Portiss explained how the port opened up new markets for wheat and other farm products. At the same time, it attracted what was then a subsidiary of Williams called Agrico Chemical, which made fertilizer. Now owned by CF Industries, the facility is one of the largest at the port.

Mid-America Industrial Park does not have a port, but its location on the Grand River is nevertheless important to its success. Mid-America tenants use about 15 million gallons of water a day, Stewart said.

The Grand also forms Grand Lake and Lake Hudson, which are important quality of life elements.

For economic development to be successful, Stewart said, all of these elements must fit together into a place where businesses want to locate and people want to live.

“All of these things add up to a good mix,” Stewart said. “The secret is to have them lined up so you can make the best use of them.”

The sun sets behind Sailboat Bridge over Grand Lake in Grove. An abundant source of water is important for economic development as well as quality of life. MIKE SIMONS/Tulsa World file