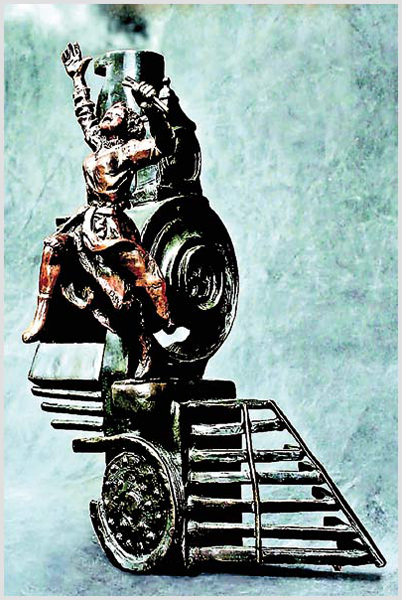 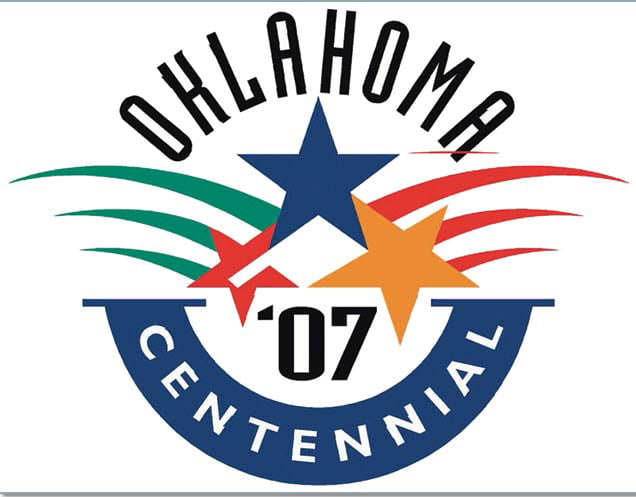 Hundreds of single women made the runs to claim land in Oklahoma.

But none did it with the flair of Annetta Daisey, who became a participant although she went to the Unassigned Lands to report on the April 22, 1899, land run for the Dallas Morning News and Fort Worth Gazette. That flair will be memorialized as part of Edmond's centennial celebration by a statue showing Daisey leaping from the cowcatcher of a train, with her petticoat and skirt flying. According to legend, she boarded a slow northbound train packed with Boomers at Purcell. The train traveled slowly to allow men to jump from it to stake claims. When the train left Edmond Station, Daisey persuaded the engineer to let her ride on the cowcatcher. Two miles north of Edmond, as the train neared the homestead she had selected earlier, she jumped off and planted her stake on the 160-acre site. She fired a gun into the air, yelled "I salute Kentucky Daisey's claim," and raced back to the train to be pulled aboard the caboose by other reporters. That tale has other versions, however. A 1990 article by Glenda Carlile in "Buckskin, Calico and Lace," reported that Daisey dropped her stake in the jump, so she ripped off her petticoat and threw it over a bush to mark her claim. An article by Debbie Kindt Michalke in the spring 1997 Chronicles of Oklahoma doesn't mention that Daisey was on the cowcatcher but reports that she narrowly escaped a gunshot fired at her while she staked her claim. Maria DeLong, a Tulsa freelance writer who has done extensive research on Daisey, reported that she jumped from a platform on the reporters' coach at the head of the train, not the cowcatcher. DeLong wrote that Daisey drove two stakes into the ground, threw her cloak over one and raced to the last car to get back on the train. Riding the cowcatcher would have been dangerous, DeLong wrote. Regardless of where Daisey was riding or how she staked her claim, she sent her stories to her newspapers when the train reached Guthrie. Fellow reporters, who gave her the nickname "Kentucky Daisey," found her good material for their own columns -- some dramatically embellished. Daisey "proved up" her claim, obtained title to the 160 acres and built a small house on it. However, she worked as a reporter and taught school at Guthrie, the capital of Oklahoma Territory. Daisey joined the run into the opening of the Sac and Fox land on Sept. 22, 1891, and staked a claim in Chandler, leaving her ineligible to get more land in subsequent land runs. She led a group of 11 women into the Cheyenne and Arapaho lands and set up a camp in advance of the scheduled April 1892 run but was arrested as she headed to El Reno to pick up provisions. Soldiers escorted her out of the area. Undaunted, she returned to the area, but was again captured and escorted out. She led another group of women into the opening of the Cherokee Outlet on Sept. 22, 1893. While living at Guthrie, Daisey married a Swedish-born soldier stationed there. But their marriage wasn't happy. A short time later, he was sent to Fort Reno and later to the Philippines. She tracked him down several years later in Chicago and went there to reclaim the marriage. He divorced her instead and married another woman. Daisey died in poverty in 1903 in Chicago. Unpaid taxes took all of her property, including the land that she obtained when she jumped from the train in 1889.

"Only in Oklahoma" is a daily column by former Tulsa World Managing Editor Gene Curtis. The column is part of the World's observance of Oklahoma's upcoming centennial. Curtis will draw on Oklahoma history and his five decades in the newspaper business for topics. "Only in Oklahoma" will continue through Nov. 16, 2007, the state's 100th birthday.